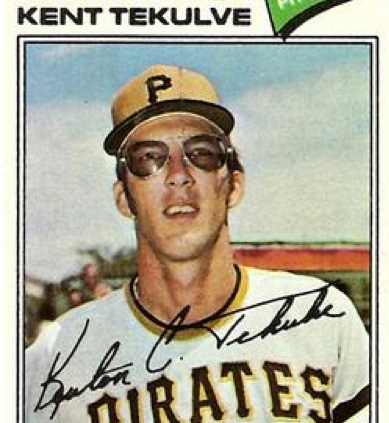 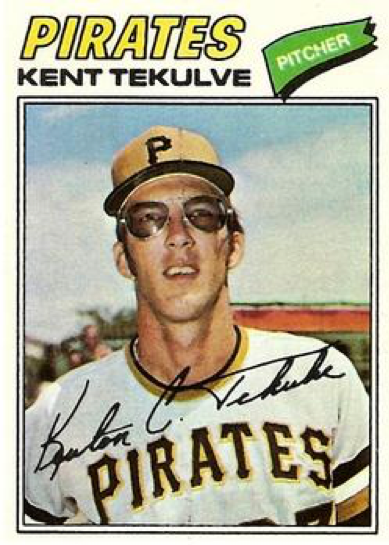 To fans who followed major-league baseball in the 1970s and 1980s, the name Kent Tekulve often summons very specific images. They think of a lanky pitcher with a string-bean build, a professorial bespectacled appearance, and a distinctive submarine delivery. And they generally picture him in a closing or short-relief role. The latter memory is supported by statistics: In 1,050 big-league appearances across 16 years, Tekulve averaged 1⅓ innings per appearance.1

Not everyone knows, though, that Tekulve didn’t always throw submarine-style, and he didn’t always relieve. In his first pro season, with the 1969 Geneva Pirates of the Class A New York-Penn League, Tekulve appeared in nine games, started seven, and completed six. While he settled into a relief role in subsequent minor-league seasons, he continued to make occasional starts. And less than two weeks before he was called to the big leagues for good, Tekulve bade farewell to the starter’s role by pitching a complete-game win — his second in eight days — against the toughest team in his league.

Put the familiar images on hold for a few minutes, then, and say hello to Kent Tekulve, starting pitcher.

On June 15, 1975, the Rochester Red Wings of the Triple-A International League were in Charleston, West Virginia, for the final two games of a five-game series against the Charleston Charlies, a Pittsburgh Pirates affiliate. As with all minor-league doubleheaders, the games were to be seven innings apiece. Manager Joe Altobelli’s Red Wings, the Baltimore Orioles’ top farm team, were in a virtual first-place tie with the Tidewater Tides, with the Wings and Tides boasting records of 36-26 and 35-25 respectively. The Syracuse Chiefs were 1½ games back at 34-27, and manager Steve Demeter’s Charlies were 2 games back at 32-26.2 The Wings had won the first game of the series against Charleston, but dropped the next two.3

Both teams had powerful offenses. The Charlies and Red Wings finished one-two in the league in hits at season’s end, while the Wings and Charlies finished one-two in runs batted in. They pitched respectably, too, with both teams finishing in the top half of the league for ERA, complete games, and shutouts. Over the course of the year, both teams boasted appearances by young players who were on their way to big-league stardom, like Charleston pitcher John Candelaria, second baseman Willie Randolph, and outfielder Tony Armas, and Rochester infielder Rich Dauer and pitchers Mike Flanagan and Dennis Martinez. (Not all of them were on the teams’ rosters on June 15.)

Charleston lost budding star Candelaria to a big-league call-up in early June and struggled afterward, losing seven of eight games after he went to Pittsburgh.4 The Charlies’ only win in this period came from Tekulve, the team’s established bullpen ace, who won a complete-game spot start against Rochester by a 2-1 score on June 7. He scattered seven hits and struck out seven for his first complete game since 1969. Tekulve described the June 7 game as “poetic justice”: His last previous start had come on August 16, 1974, the day Gary Robson of Rochester pitched a perfect game against the Charlies.5 Charleston manager Demeter was likely hoping for Tekulve to repeat his June 7 excellence eight days later, when he gave him the first-game start against Rochester’s up-and-coming Flanagan.

The Red Wings scored the game’s first run in the top of the second inning, thanks to a pair of Charlies fielding mishaps. Third baseman Tom Matchick singled with two outs, stole second base, and moved to third when Charleston catcher Ed Ott threw wildly into center field. Rochester catcher Don Hickey hit a line drive to first base that Charleston’s Ken Macha couldn’t handle; Matchick scored on the error to make it 1-0.6

Flanagan brought a 22-inning shutout streak into the bottom of the third, only to have it rudely shattered by a Charlies rally. Tekulve opened by drawing a walk, followed by a single from center fielder Miguel Dilone. After Flanagan retired Charleston third baseman Bobby Valentine, who was in between big-league stints, Randolph walked to load the bases. Right fielder and cleanup hitter Armas hit a grand slam, his ninth homer of the year, over Watt Powell Park’s center-field fence to make the score 4-1. Later in the inning, right fielder Dave Augustine singled Macha home to make it 5-1. Flanagan finally retired the Charlies to end the third inning and gave way to unsuccessful pinch-hitter Taylor Duncan in the top of the fourth. Rochester relievers Bob Sekel and George Manz combined for three shutout innings the rest of the way.7

Tekulve — who described his approach to starting as “I just go out there and throw as hard as I can for as long as I can”8 — shone once he got past the unsettled second inning. He allowed only two other hits, both singles, to pitcher Flanagan and shortstop Bob Bailor. And he didn’t walk a batter while striking out three. About 2,050 fans witnessed the performance, which wrapped up with a score of 5-1 in 1 hour and 43 minutes.9 Charleston starting pitcher Doug Bair was even better in the nightcap, scattering two hits in a 7-0 win. The combined efforts of Tekulve and Bair led an “apparently effortless sweep” that knocked the Red Wings out of first place.10

Accounts of the June 15 game do not specify whether Tekulve threw overhand, side-arm or some of both. But a newspaper column about Tekulve published a few days later indicated that he was using both deliveries. The columnist noted that Tekulve’s approach was working well, as he had not surrendered an earned run in 22⅓ innings pitched in June.11 Another news column the following month also described Tekulve as delivering “from a variety of angles, from submarine to overhand.”12

Eleven days after Tekulve’s second complete game, the Pirates also acknowledged his success. The team, which had given him a brief trial in 1974, called the 28-year-old hurler up for good on June 26 to take a roster spot left vacant by the release of Sam McDowell.13 Tekulve left Charleston with a 5-4 record and a 1.77 ERA. After his departure, the Charlies slipped out of contention and closed the season in fourth place with a 72-67 record, 13 games out of first place. The Red Wings finished in second with an 85-56 record, one game behind the league champion Tidewater Tides.

Tekulve went on to craft a long and distinguished career in the bullpens of the Pirates, Phillies, and Reds. Highlights of that career included a World Series title with the 1979 Pirates, selection to the 1980 All-Star Game, and becoming only the second pitcher to appear in 1,000 big-league games.14 But two things never happened again after June 1975: Tekulve never pitched again in the minor leagues, and he never made another start.

Neither Baseball-Reference nor Retrosheet provides box scores of minor-league games, but the Rochester (New York) Democrat and Chronicle ran a box score in its edition of June 16, 1975.