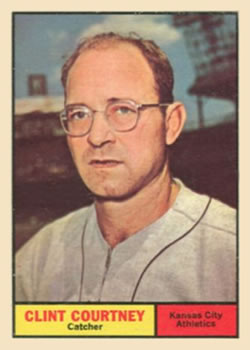 When an active player or manager dies during the regular season, surviving teammates face a difficult choice: Play the next scheduled game in their honor, or postpone it in their memory? In the twenty-first century the trend has been to stay off the field. Teams – or front offices – that have chosen to postpone games include the Los Angeles Angels following the 2019 death of pitcher Tyler Skaggs,1 the Miami Marlins after the 2016 passing of pitcher Jose Fernandez,2 the Angels following the 2009 death of pitcher Nick Adenhart,3 and the St. Louis Cardinals after the 2007 death of pitcher Josh Hancock.4

The decision has not always been so clear-cut. One day in June 1975, the members of a team in the Triple-A International League found themselves facing that difficult decision, with varying input and mixed emotions, after some of them witnessed the sudden death of their manager. In the end they decided to play – and they gave the fans a closely fought, if ultimately unsuccessful, night of baseball.

The Richmond Braves were Atlanta’s top farm team. On June 16 they sat in fifth place in the eight-team league, six games back, with a record of 29-30. They were scheduled to begin a series that night in Rochester, New York, against the Rochester Red Wings – Baltimore’s top farm club – who occupied second place with a 36-27 record, one game back of league-leading Tidewater.5

The Braves arrived at their Rochester hotel the night before the game. Richmond manager and former big-league catcher Clint “Scrap Iron” Courtney was playing ping-pong and talking baseball with some of his players when he suffered a heart attack in mid-sentence. He was taken to a nearby hospital, where he was declared dead early on June 16 at age 48.6

Richmond player-coaches Al Gallagher and Dick Woodson and infielder Junior Moore met with Red Wings officials to discuss that night’s game, with the idea that the Braves would take a team vote afterward. The two sides told different stories of what happened. By Gallagher’s telling, Rochester general manager Ed Barnowski told the Braves players he was expecting a big crowd, and the team had to consider the gate when it made its decision. “Mr. Barnowski told us 9,200 people were more important than our feelings on the man’s death,” Gallagher told the Rochester Democrat and Chronicle. Gallagher also said shortly before game time that some Richmond players were not sure they’d be able to play.7

Barnowski said the attendance issue had been overstated, and said he had consulted with baseball people he respected – including Richmond general manager Roger Bottorff – who supported the idea of playing the game. Barnowski added that money from the gate receipts would be donated to “the scholarship fund.” While he was not specific, the context suggests that he meant a fund set up to support Courtney’s five children.8

The Sporting News presented a simpler, less conflicted picture of the situation in its July 5 issue, quoting Gallagher as saying the Braves had made “a 21-man decision to play the game and to win it for Scraps.” By TSN’s telling, Gallagher put the matter to his teammates, and every one of them opted to play.9

Regardless of whether the local paper or The Sporting News was closer to the truth, the outcome was the same. The Braves took the field that night before a crowd of 6,654, with Gallagher as interim manager and starting third baseman, and Courtney’s blue Number 15 road jersey hanging in the Silver Stadium visitors dugout.10 Junior Moore, who appeared in the game only briefly, presented a prayer as part of pregame ceremonies.11

Most importantly, Gallagher and Rochester manager Joe Altobelli gave the start to two of their best up-and-coming pitchers. Richmond’s Preston Hanna came into the game with an 8-2 record, while Rochester’s Paul Mitchell was 7-1. The two starters had much in common. Both were right-handers who had been first-round draft picks – Mitchell by the Orioles in 1971 out of Old Dominion University, Hanna by the Braves in 1972 out of Escambia High School in Florida. Both would make their big-league debuts later in 1975 – Mitchell on July 1, Hanna on September 13.

And both, on this night, pitched well. The Braves put runners on in the first three innings, but a pair of double plays and an unsuccessful steal attempt by Asselstine ended any threats before they could develop. In the fourth, a pair of Richmond hits put runners on first and third with two outs, but Mitchell struck out Richmond catcher Jim Breazeale to end the inning. The next 12 Braves batters went down in order.13

Hanna pitched shutout ball until the bottom of the sixth, when a lightning blast of offense tilted the game permanently in Rochester’s favor. Larry Harlow, the Wings’ center fielder, tripled. One out later, Hanna surrendered a run-scoring double to first baseman Royle Stillman, the only Red Wing to collect more than one hit.14 In the end, Hanna worked seven innings, scattering six hits and two walks while striking out eight – a solid effort on any day, but not quite enough on this one. After Hanna was lifted for unsuccessful pinch-hitter Marlan Murphy in the seventh inning, reliever Pablo Torrealba worked a scoreless eighth, with one walk and one strikeout.

Richmond made one last bid to “win it for Scraps” in the ninth, when Asselstine led off with a double and was wild-pitched to third. With the tying run 90 feet away, Mitchell stiffened: He struck out left fielder Frank Tepedino, got Murrell on a groundball that did not allow Asselstine to advance, and struck out first baseman and cleanup hitter Reggie Sanders to end the game in 2 hours and 9 minutes. Going the distance, Mitchell allowed five hits and one walk, hit one batter, and struck out 10 in pitching his third shutout of the season.15

As it turned out, the Braves did postpone a game in Courtney’s memory – but it wasn’t for three more days. On June 19, the day of Courtney’s funeral in Louisiana, the team postponed the first game of a home series against the Memphis Blues. The teams made up the game as part of a doubleheader the next day.16

Future Hall of Famer Bob Lemon was assigned as Richmond’s permanent manager for the rest of the season. The Braves, one game under .500 at the time of Courtney’s death, finished the year 13 games under .500, at 62-75, in sixth place in the eight-team league. The Red Wings, meanwhile, turned out to need every win they could get: At the end of the International League season, they were tied for first place with the Tidewater Tides with identical 85-55 records.17 Tidewater won a one-game playoff to claim the regular-season title, then defeated Charleston and Syracuse in the playoffs to win the Governor’s Cup.

Neither Baseball-Reference nor Retrosheet provides box scores of minor-league games, but the Rochester (New York) Democrat and Chronicle ran a box score in its edition of June 17, 1975.

5 International League standings as printed in the Boston Evening Globe, June 16, 1975: 24. One of Richmond’s 29 victories, from its game of June 14, was subsequently overturned on protest. This had not yet happened as of June 16 and is not reflected in the standings included in this article.

8 Bump, “Their Hearts Weren’t in the Game.” The Sporting News reported in its issue of September 13, 1975, that Atlanta’s farm team in Savannah, Georgia, also donated proceeds from its August 18 game to a scholarship fund for Courtney’s children. Courtney managed in Savannah in 1972 and 1973.