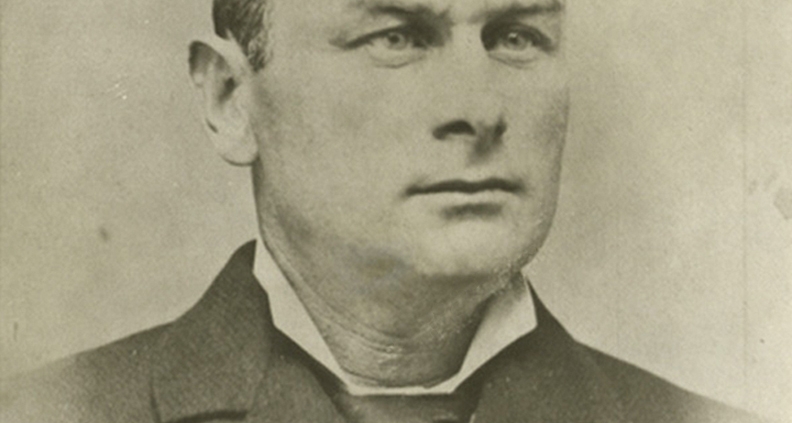 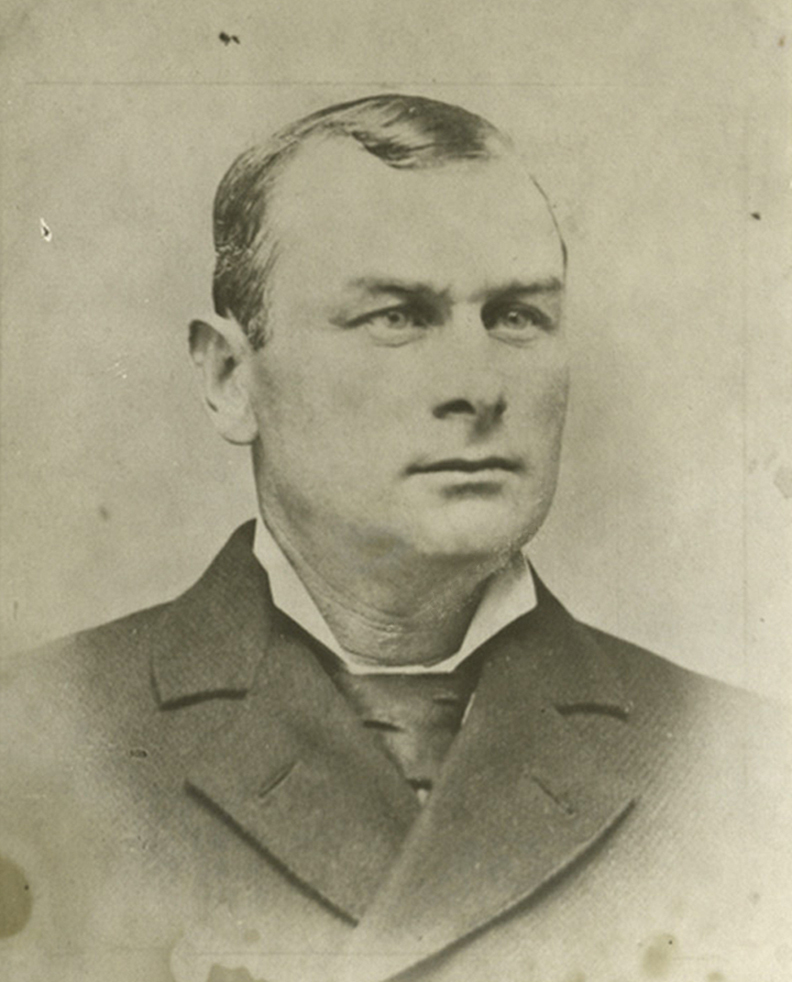 The Chicago Cubs are the oldest pillar in big-league sports. They have played for the pennant every year since 1874. Originally known as the White Stockings, the club played for two years in the National Association before being a founding member of the National League in 1876. Over time they have suffered more than 10,000 defeats. But their worst single beating came in that first NA year, 1874, a 38-1 trouncing at the hands of the Mutuals of New York1 at the Union Grounds in Brooklyn.

No big-league team, Cubs or otherwise, has ever been more thoroughly beaten in a single game. One box score showed the Mutuals with 34 hits and seven errors. For the White Stockings it lists two hits and 36 errors.2 (Wild pitches and passed balls were counted in the error column.)

The date was Thursday, June 18, 1874. On the day before in Philadelphia, the Chicagos had lost an early lead and the game. Two White Stockings regulars were not in the lineup in Brooklyn, pitcher George Zettlein and left fielder Ned Cuthbert. Manager Nick Young “did not care as yet to make public” the reason for the change.3 But a correspondent told Chicago readers that there was “a very strong suspicion that they sold out the Chicago club [took money to lose on purpose] in the Philadelphia games.”4 The internal fuss was too much for the remaining Chicago players. “Nearly every man in the White Stocking nine seemed utterly demoralized,”5 and their play in Brooklyn was completely indifferent.

Veteran Fred Treacey took Cuthbert’s place in left field. Dan Collins was given the pitching assignment. Recently picked up from the St. Louis Empires, Collins had beaten the champion Boston Red Stockings, 8-3, in his debut 10 days before. His pitching was described as “rather wild, but nevertheless effective,” and he won despite six wild pitches and three passed balls.6

The weather in Brooklyn was cool and very windy, perhaps accounting for some of the misplayed fly balls. The home team won the toss, elected to take the field, and retired the White Stockings in order in the top of the first inning. In the home half, the Mutuals piled up eight unearned runs on seven hits (including five in a row) plus errors, wild pitches, and passed balls. Collins “was wonderfully and fearfully wild in his delivery, and persisted in putting it clear over the catcher’s head.”7

Another wild pitch allowed a Mutual run in the second inning, and five more runs scored in the third on three hits, a base on wides,8 and various misplays, increasing the Mutes’ lead to 14-0. After the first five home batters had reached safely in the third, Chicago captain and catcher Fergy Malone sent Collins to right field and brought in shortstop Davy Force to pitch. Paul Hines moved from center to shortstop, and John Glenn shifted from right field to center. In Henry Chadwick’s scoresheet of the game, Collins is shown with seven wild pitches in two-plus innings pitched, while the Chicago Times counted 10 errors by Collins — “all over pitches.”9 Chicago’s woeful fielding continued through the whole game. “Not only did they fail to hold the ball,” an observer wrote, “but they went after it as though they would just as soon muff it as not.”10

But it was the Mutuals’ lusty batting against the obliging serves of shortstop-turned-pitcher Davy Force that made the score astronomical. “All they had to do was just to walk up and cork it hard, and the ball was sure to go like a rifle shot out of the reach of anyone.”11 In the fourth inning, errors plus three singles added three unearned runs to the ledger. The Mutuals unleashed a rare power display, smacking three home runs and a triple in the fifth good for five more tallies. Jack Burdock, Tom Carey, and Joe Start hit the homers, while Doug Allison got the three-base hit. The Mutes hit five triples in the game, one in each of the last five innings. In the sixth inning, they slammed out nine safe hits — the last seven of them coming consecutively after two men were out — to plate eight more runs. The score was now 30-0.

The errors and hard hitting kept coming hot and heavy in the five-run seventh, and the usually meticulous Chadwick stopped noting just which run was scored on which batter’s hit in his scorebook. In the eighth Joe Start — in the 16th season of a remarkable career in amateur and professional baseball that spanned from 1859 to 1886 — hit his second two-run home run of the game. And in the bottom of the ninth, a two-out triple by Jack Remsen drove home one final run.12 The Mutuals scored in all nine innings to win by a final count of 38-1.

Between the home team’s run-making sprees, the visitors were retired in one-two-three order in seven of their nine innings. Mutual pitcher Bobby Mathews’s bent-over underhanded fastballs and parabolic curves were never more effective, retiring seven men on strikes and 10 men on foul tips, foul flies, and foul bounds. The first 12 Chicago batters went out in order before Jim Devlin reached first base on a muffed the third strike in the fifth inning. In that round, Mutual catcher Dick Higham reinjured a sore thumb and changed positions with right fielder Doug Allison.

In the seventh inning, Chicago avoided the “Chicago” shutout with their only two hits of the game, aided by a couple of questionable calls by umpire George Bechtel. Levi Meyerle “astonished the crowd by getting a fair-foul13 for two bases — at least the umpire did not call foul.”14 Fergy Malone “followed with a red-hot liner, which [third baseman Jack] Burdock took about three inches above the ground, but the umpire called it a pickup.”15 Burdock threw low to first, giving Malone his base and allowing Meyerle to advance to third. Devlin “hit a lucky grounder safe” to left field to drive Meyerle home.

With four home runs in this one game, New York accounted for more than half of its season total of seven (in 65 games). Start led the slugging with two home runs, a triple, two singles, and a run-scoring fly out. Carey had six hits, including a three-bagger. And Carey and Start each scored six runs in eight plate appearances. The Mutuals got 34 clean hits, and 18 men reached first on errors. Counting wild pitches and passed balls, Chicago made 36 errors. Mathews finished with just two hits allowed and eight strikeouts.

Did the White Stockings intentionally lay down in protest because of the benching of Zettlein and Cuthbert? While we cannot say for sure, we do know that the pair played every game for the team for the rest of the season. The Whites remained inconsistent for the rest of the year, winning at home and losing on the road. They finished in fifth place out of eight. The Mutuals had started the season slowly but eventually made a September run for the pennant. They finished second as Boston won its third pennant in a row.

The Mutuals’ 37-run margin of victory has never been approached in big-league baseball. This game erased the prior National Association record margin of 30 runs, set at Middletown on June 22, 1872, when the Mansfields beat the Eckfords 36-6. The National League record of 31 runs occurred on July 24, 1882, when Chicago humiliated Cleveland 35-4. The record American League margin of 27 runs was set on August 22, 2007, when Texas trashed Baltimore in the first game of a doubleheader, 30-3. As far as Cubs losses go, the franchise has suffered two 22-run losses since joining the National League at its founding in 1876. One came on June 6, 1892, at Baltimore, 23-1, and the other occurred on September 16, 1975, when the Pirates won a 22-0 shutout at Wrigley Field.

Most of the play-by-play details were culled from Henry Chadwick’s scoresheets for this game. These are part of SABR’s Stagno Collection of National Association game reports and records, of which the author is the current custodian. Besides the publications listed in the notes, other newspapers consulted include the New York Times, New York Sunday Mercury, New York World, New York Sun, Brooklyn Eagle, Chicago Inter-Ocean, Philadelphia Inquirer, and Philadelphia All-Day City Item.

Retrosheet.org and Baseball-Reference.com were consulted.

1 Clubs named after cities, like the Chicago B.B. Club or the Boston B.B. Club, would often be referred to by a nickname as well, like “the Chicago White Stockings” and “the St. Louis Browns.” But older teams with formal club names, like the Athletic, Mutual, and Atlantic clubs, were seldom referred to using the name of their home city. So terms like “New York Mutuals” or “Philadelphia Athletics” almost never appeared in print.

8 In 1874 (and 1874 only), the pitching rules were revised to make it an automatic call of “wide” on any ball the batter could not possibly hit. “Wides” did not need to be accumulated in threes to be called a “ball,” unlike pitches that were merely out of the batter’s strike zone. A batter was given his base on three wides or three called balls. After one season of confusion, the concept of “wides” was dropped from the rules.

12 Prior to 1880, the rules required that each side have nine full innings at bat, even if the team batting last was already guaranteed a victory.

13 Prior to 1877, a batted ball was considered fair or foul by its location when it first touched the ground or was first touched by a fielder. The balls that bounced fair to start but immediately veered into foul territory were called “fair-fouls.”