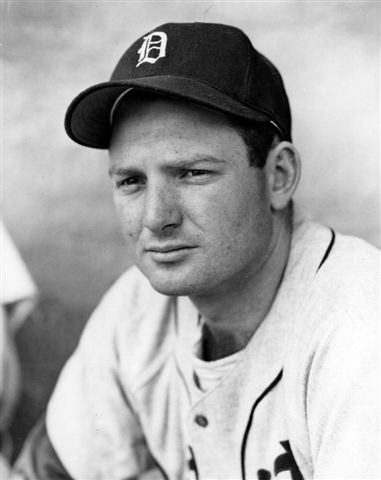 As June started in the 1950 season, the Detroit Tigers traveled to Philadelphia for a two-day, three-game series against the Athletics at Shibe Park, which included a doubleheader played before a crowd of 17,449. Winners of four of their last five, the second-place Tigers (22-12) trailed the New York Yankees by three games in the American League standings and hoped to gain some ground, as they battled the sixth-place Athletics. Connie Mack’s A’s (14-24) were struggling in 1950; they had allowed at least 10 runs six times, including a 19-0 blowout at the hands of the Boston Red Sox on April 30.

Bob Latshaw of the Detroit Free Press compared the 1950 Tigers to Murderer’s Row, the 1927 Yankees team, writing, “A hit-happy Detroit Tiger club hammered an assortment of Connie Mack’s pitching corps for 35 safeties.”1 The Tigers’ offensive star of the second game was George Kell, a “one-time Philadelphia third baseman [who] recorded a performance experienced by only a few.”2 He started the day batting .362, and in the second game, Kell became just the sixth player in the 50-year history of the Tigers franchise to hit for the cycle.3

According to the Battle Creek Enquirer, before the doubleheader began, Tigers second-year manager Red Rolfe “was longing out loud for ‘that big hit when it counts.’”4 His team complied and when the doubleheader had ended, Detroit had scored 24 runs off of five Philadelphia pitchers.

Detroit dominated in the first game of the twin bill. Righthander Ted Gray scattered six hits in a complete-game outing, garnering his fifth victory for the season. His teammates banged out 14 hits and got the big ones when they counted, including home runs by Vic Wertz and Hoot Evers.

In the second game, southpaw Alex Kellner started for the Macks. He had gained some distinction after pitching and winning a 15-inning complete game on April 22 against the Boston Red Sox, but he had since lost four of five decisions.5 Rolfe called on righty Fred Hutchinson to make his eighth start of the season. Hutchinson was in search of his fifth win.

Kell gave his team a one-run lead in the first inning with his second home run of the season, a solo shot with two away. The A’s answered right away. Eddie Joost led off the bottom of the first by “lin[ing] a homer into the upper left-field seats.”6 Philadelphia loaded the bases on a Barney McCosky single and walks by Elmer Valo and Ferris Fain, but Hutchinson worked out of the jam, and the Athletics had to settle for only one run.

The visitors then exploded for a quintet of tallies in the second. Kellner walked both Evers and Johnny Groth to start the inning. Don Kolloway singled, driving in Evers. Aaron Robinson walked, loading the bases and bringing up Hutchinson. He singled to right, plating both Groth and Kolloway. Two outs later, Kell banged a triple when Athletics right fielder Valo “missed a shoestring catch.”7 This cleared the bases as Robinson and Hutchinson both scored, giving Detroit a 6-1 advantage. Wertz flied out, but the Tigers had batted around.

According to the Detroit Free Press, “the game went on ice in the third. All told, 11 Bengals went to the plate and six of them scored.”8 Evers led off again, this time doubling to left. Groth crushed a home run, and Mack walked to the mound, taking the ball from Kellner. Harry Byrd came on in relief. Kolloway singled and scored on Hutchinson’s one-out double. Byrd retired Johnny Lipon but then Jerry Priddy singled to right and Hutchinson scored. Kell followed with a single, and Wertz doubled, driving home both Priddy and Kell. Now it was 12-1.

Detroit added a run in the fourth. Robinson singled and moved to third on Hutchinson’s second double of the game. Lipon grounded a single up the middle. Robinson scored easily, but centerfielder Paul Lehner’s throw to the plate nailed Hutchinson. In the top of the seventh, Evers doubled to lead off the frame. He moved to third when Kolloway grounded out and scored on Robinson’s sacrifice fly.

Between the second and sixth innings, the A’s batters had five singles but they did not push across another run until the seventh inning, when the first four batters reached. Wally Moses doubled to right. Joost singled to center, putting runners at the corners. McCosky singled, driving home Moses, and Joost scored on Bob Dillinger’s single up the middle. With runners again at the corners, Lehner grounded into a 1-6-3 double play, with McCosky scoring the third run of the inning. The score was now 15-4.

In the top of the eighth, Ed Klieman became the third Athletics pitcher of the game. Lipon singled but was erased on a double play. Kell stepped into the batter’s box. He had made three hits (home run, triple and single) in the first three innings but then had been retired in the fifth and sixth innings. Now he connected, driving the ball into left field for a double. He had just hit for the cycle, but his teammates could not bring him home.

In the ninth, Hutchinson singled with two down. Lipon walked and Priddy hit an RBI-single to center. This meant that Kell was getting one more at-bat. He fouled out to the catcher, but “such is the appetite of a healthy ball player that when George fouled out in the ninth, he threw his bat down in disgust.”9

Hutchinson was tagged for three more singles in the bottom of the ninth. Valo picked up a run batted in, but the A’s could do no more, and the final score was 16-5. Despite allowing 15 hits in the game (13 of the hits were singles), Hutchinson “coasted to victory.”10 This was the most hits he allowed in a game all year, as he earned his fifth win.

Both the Tigers’ number of hits (21) and runs (16) were season highs. Nine of the hits went for extra bases. The three Philadelphia hurlers allowed nine walks as well. Detroit left 14 runners on base. Kellner had allowed eight earned runs and took the loss, his fifth.

While the Tigers were sweeping a pair of games from the Athletics, the New York Yankees were losing to the Chicago White Sox, putting Detroit only two games behind the league-leading Yankees. Detroit now owned seven consecutive wins over Philadelphia. The Tigers won the next day (June 3) as well, and then swept three games from the Washington Senators, giving them a seven-game win streak. Detroit finished the month of June by winning 21 of 30 games, taking over first place. Philadelphia, on the other hand, managed to win only 10 of 30 games in June, and they struggled to stay out of last place in the standings.

Kell’s 4-for-7 performance actually tied him with Hutchinson for most hits in the game (Kell was 5-for-11 in the doubleheader). Both players knocked in three runs as well. Hutchinson raised his batting average to .323, and Kell’s average climbed to .368. Evers and Kolloway added to the onslaught with three hits each, as every Detroit player had at least one hit.11

Kell, who was selected for induction into the Hall of Fame in 1983, was the first of five batters to hit for the cycle in 1950. He was followed by Pittsburgh Pirates’ Ralph Kiner (June 25 against the Brooklyn Dodgers), Chicago Cubs’ Roy Smalley (June 28 against the St. Louis Cardinals), Philadelphia’s Elmer Valo (August 2 against the Chicago White Sox) and teammate Hoot Evers, who joined the list when he hit for the cycle on September 7 against the Cleveland Indians.

5 Unfortunately, Kellner gained distinction by finishing the 1950 season with 20 losses (most in the AL). He allowed a league-high 157 runs in 225 1/3 innings pitched.

11 Coincidentally, every Tigers batter except the pitcher Gray had at least one hit in the first game.