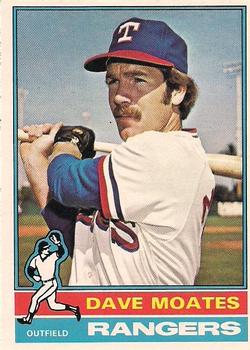 These unusual events happened in June 1972, when three teams in the Double-A Eastern League got “called up” by a force more powerful than any big-league general manager: Hurricane Agnes. When the legendary mid-Atlantic storm devastated the Reading Phillies’ ballpark and the surrounding city, the team shifted two home series to Veterans Stadium in Philadelphia, giving Salvato, Bunnell, and other minor leaguers a rare chance to play in what was then one of the major leagues’ newest ballparks.1

In the Reading area, the storm dropped eight inches of rain on rivers and streams already swollen by two weeks of precipitation. Catastrophic flooding of the Schuylkill River resulted, with an extreme state of emergency declared in the Berks County region June 22.2 Similar scenes played out in Harrisburg, York, Scranton, Wilkes-Barre, and other riverside Pennsylvania communities, as well as in neighboring states.

The minor-league Phillies had been slated to play the Pittsfield (Massachusetts) Rangers that week at Municipal Stadium in Reading. But headlines on June 24 showed that Reading had bigger issues on its mind than baseball: “Two Drowning Victims Found; City Water Supply Still Critical”; “Sewage Ills Still Critical”; “Death Toll in State Now at 31”; “Disaster Relief Funds Anticipated in Berks.”3

An inside connection helped save the Reading team from major disruption. Club President Ruly Carpenter worked with his father, Philadelphia Phillies owner Bob Carpenter, to arrange short-term access to Veterans Stadium.4 The big-league Phillies, in a stroke of luck, were in the midst of a five-city, 17-day road trip. And, while the Schuylkill also flows through Philadelphia, the City of Brotherly Love did not suffer the kind of damage seen in many other Pennsylvania cities.

Reading scheduled five games at Veterans Stadium: a doubleheader against Pittsfield on June 24, another doubleheader against the Sherbrooke (Quebec) Pirates on June 26, and a single game against Sherbrooke on June 27.5 A few players on these three teams, including Sherbrooke’s Kent Tekulve and Pittsfield’s John Wockenfuss, would later call Veterans Stadium their home as big leaguers.6 But for many others, these hastily arranged games represented their closest brush with regular-season major-league action.

Visiting Pittsfield came into the June 24 doubleheader with a 31-26 record, in first place in the Eastern League’s American Division, two games ahead of the second-place West Haven Yankees.7 Manager Joe Klein’s team fielded 11 players who appeared in the majors, and the first-game lineup featured five of them. Those players were center fielder Dave Moates, second baseman Pete Mackanin, catcher Wockenfuss, right fielder Tom Robson, and shortstop Greg Pryor.8 The start on the mound went to 23-year-old righty Donnie Shields, a third-year pro who was chosen by the Washington Senators in the 15th round of the 1969 draft out of Northwestern State University in Louisiana. Shields went 8-9 with a 3.35 ERA with eight complete games and three shutouts in 25 games for Pittsfield that year.9

Reading entered the games with a 31-28 record, good for third place in the league’s National Division, 3½ games behind first-place Sherbrooke. The doubleheader represented a homecoming of sorts for manager Jim Bunning. On April 10, 1971, he was Philadelphia’s starting pitcher in the first game at Veterans Stadium, earning the win in a 4-1 defeat of the Montreal Expos. Bunning capped a 17-year major-league career with a 5-12 record for the 1971 Phillies, then managed for five seasons in the minor leagues; his elections to the Baseball Hall of Fame and the US Senate were still ahead of him in June 1972.

The 1972 Reading team included nine players who appeared in the majors. Two of them were in the starting lineup: first baseman Bob Beall and catcher Jim Essian. Two others, Ron Diorio and Mac Scarce, pitched in relief.10 The starter was 19-year-old lefty Randy Boyd, the Phillies’ first-round pick in the secondary phase of the 1971 draft out of West Valley College in California. Boyd compiled a 10-11 record and a 3.41 ERA, along with nine complete games and four shutouts, for the 1972 Reading team.11

Reading, the “home” team, kicked off the scoring in the bottom of the first. Left fielder Ray Starnes, hitting second, doubled. Beall followed with a triple to give the junior Phillies a 1-0 lead. The score stayed there until the third, when Pittsfield moved out to a 2-1 lead. Pryor began the rally with a triple. Moates singled him in, collecting his first of five hits. Mackanin’s double sent Moates to third, and first baseman Albert Thompson’s check-swing single brought him home to score.12 It was one of a league-leading 110 RBIs collected that year by Thompson. Salvato, Pittsfield’s starting left fielder, also had a good day, going 3-for-5 with three singles, but did not figure in any runs.

Starnes and Beall combined to pull Reading even, 2-2, in the fifth. This time, Starnes hit a single and Beall followed with another triple.13 Shields gave way to reliever Jimmy Blackmon with one out in the fifth, having given up six hits and four walks while striking out five. His counterpart Boyd had also been pulled after four innings in which he gave up six hits and no walks, while striking out three.14

In the seventh, Pittsfield called on reliever Henry Bunnell, a 22-year-old righty who grew up in Scranton — one of the cities laid waste by Agnes. Bunnell, a second-year pro, must not have been too distracted by the condition of his hometown, as he put on a clinic in effective relief pitching. He worked 5⅓ shutout innings, surrendering just one hit and three walks while striking out four. Mac Scarce took over in the seventh for Reading and matched Bunnell almost stride for stride. He pitched five innings, giving up four hits and two walks, but most importantly holding the Rangers off the board.

Going into the 12th inning, the score remained locked at 2-2. The few hundred Philadelphia baseball fans who headed to the Vet that day for curiosity’s sake got to watch a heck of a ballgame.15

Lefty reliever Tom Horne, in his sixth pro season, came on for Reading and surrendered a single to his opposite number, Bunnell. The unstoppable Moates followed with his fifth consecutive hit, a double that drove in Bunnell for a 3-2 Pittsfield lead.

Horne shut down the Rangers the rest of the way, leaving his teammates one last chance to tie or win the game. Bunnell got the first out in the bottom of the 12th but allowed the tying run to reach first.16 Pittsfield manager Klein then summoned another son of Pennsylvania, Mount Carmel native Frank Bolick,17 to the mound. Bolick got shortstop Blas Santana to fly to Salvato in left, then got right fielder Rick Giallella to pop to Thompson at first to end the game.18 Bunnell got the win, Horne took the loss, Bolick earned a save, and the game ended in 3 hours and 25 minutes.

Pittsfield also won the nightcap, 9-2, with a grand slam by Robson the biggest blow.19 Moates collected two more hits in the second game to give him seven for the day. “Do I love this place?” he asked a reporter, rhetorically. “I sure do.”20 Moates went on to play 140 games in the majors with Texas between 1974 and 1976. As a career American Leaguer in the days before interleague play, he never got a chance to play a regular-season big-league game in Veterans Stadium.

Meanwhile, the five shutout innings pitched by Reading’s Scarce might have hastened his arrival in the big leagues. The Phillies called him up about two weeks later and he made his major-league debut at the Vet on July 10, taking the loss in the first game of a doubleheader against Los Angeles.21 Scarce posted a remarkable pitching line in 23 games at Reading, going 4-0 with an 0.46 ERA and striking out 54 hitters in 39 innings. In 31 games out of the Philadelphia bullpen, he went 1-2 with a 3.44 ERA and four saves.

Image of 1976 Topps card #327 downloaded from the Trading Card Database.

8 Other members of the Pittsfield team who made the majors but did not play in this game were Jim Kremmel, Bill Madlock, Charlie Walters, Roy Howell, and Rick Waits. Not all of the future major leaguers would have been on the roster as of June 24.

9 The following year, Shields slumped to 1-9 with a 5.89 ERA at Triple-A Spokane and was out of professional baseball thereafter.

10 Other members of the 1972 Reading team who reached the majors but did not appear in this game were Fred Andrews, Bill Denehy, Dave Downs, Dane Iorg, and Scott Reid. The team also included catcher Harry Saferight, a so-called “phantom major leaguer” who was called up to the majors by the 1979 Pittsburgh Pirates but never appeared in a game. Not all of these players would have been on the roster on June 24.

11 Boyd pitched six seasons in the minors, topping out with 22 games at Triple-A San Jose in 1977, his final season.

14 News accounts of the game do not explain what appears in retrospect to have been a quick hook for Boyd, who pitched shutout ball in the third and fourth innings. A story in the Philadelphia Inquirer mentions that Shields was having control problems early on.

15 The game stories and box scores in the Reading and Pittsfield papers make no mention of an attendance figure for the doubleheader. A profile of Bunning in the Philadelphia Inquirer estimated the crowd at “a few hundred” and described the park as “nearly vacant.” See Allen Lewis, “Jim Bunning Returns to the Vet,” Philadelphia Inquirer, June 25, 1972: 1D.

17 Bolick never reached the majors in a 12-year pitching career, but his son, also named Frank, played for the Montreal Expos and Anaheim Angels between 1993 and 1998. Mount Carmel is in Pennsylvania’s coal country about 90 miles northwest of Philadelphia.

21 The second game of that doubleheader is historically significant as the 1,070th and final major-league appearance by Hoyt Wilhelm, then closing out his career with the Dodgers.