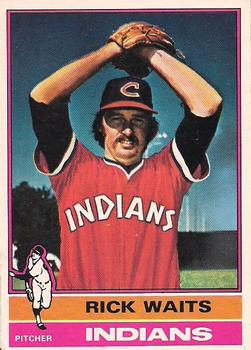 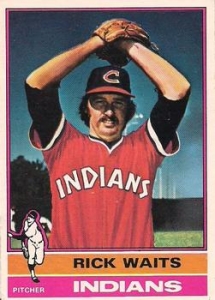 When fog rolls in, anything can happen. Just imagine a film noir detective pursuing a suspect through a murky mist, or a Lovecraftian horror story in which thick clouds hide unspeakable terror.

The Pittsfield (Massachusetts) Rangers and Trois-Rivieres (Quebec) Aigles1 of the Double-A Eastern League encountered their own kind of drama on June 26, 1972, when a thick fog swept into Pittsfield’s Wahconah Park during the second game of a doubleheader. The contest ended with some managerial gamesmanship, formal protests by both teams, and a foreshortened no-hitter in a losing cause — all brought about by the weather.

Mother Nature had already made one attempt to ruin the doubleheader, and the sparse crowd of 246 actually owed their evening’s entertainment to the New York State National Guard. The Aigles had traveled to Elmira, New York, to play a series with the Elmira Pioneers2 before coming to Pittsfield. But when Hurricane Agnes devastated the mid-Atlantic, the team’s bus got stuck in two feet of mud in Elmira. Manager Jim Snyder persuaded some Guardsmen to pull the bus loose from the muck, whereupon the shaken Aigles made haste for Pittsfield. “I’ve never seen anything as bad as this,” Snyder said. “That was a hell of a traumatic experience. … People were running out of their houses, having lost everything — their houses, their businesses, everything.”3

Tight pennant races on the field gave both teams some distraction from the chaos off the field. Trois-Rivieres, a Cincinnati Reds farm club, was in third place in the league’s National Division with a 29-27 record, 4½ games behind the division-leading Sherbrooke (Quebec) Pirates. Pittsfield, a Texas Rangers affiliate, led the league’s American Division with a 33-26 record, three games ahead of the West Haven (Connecticut) Yankees.

Thirteen players who suited up for the 1972 Aigles reached the big leagues, including some who made significant contributions to Cincinnati’s 1975 and 1976 World Series-winning clubs. Future big leaguers who started the second game included Ken Griffey Sr., batting second and playing left field; Tom Spencer, hitting third in center field; Dan Driessen, hitting fifth and playing third base; and Ray Knight, batting sixth in right field. Left-handed pitcher Will McEnaney got the start for Trois-Rivieres. McEnaney worked primarily as a starter for four years in the minors before reaching the majors as a reliever, where he made 269 appearances without a single start. Spending the entire 1972 season with the Aigles, he went 11-6 with a 2.80 ERA.4

Driessen won the first game of the doubleheader in extra innings, hitting a two-run ninth-inning home run to give Trois-Rivieres a 7-5 victory. (As is common in the minor leagues, doubleheader games in the Eastern League lasted seven innings each.5)

Eighteen-year-old Howell, the Rangers’ first-round choice in the June 1972 draft, made his professional debut in the first game, collecting two hits and scoring two runs.6 Waits, pitching in his third professional season, went 8-8 with a 3.10 ERA. The only Pittsfield starter who never made “The Show,” first baseman Albert Thompson, was scarcely the team’s weak spot. He led the Eastern League with 31 home runs and 110 RBIs in 1972.7

Waits struggled with his control that season. He ranked fifth among Eastern League pitchers in walks, handing out 82 free passes (against 84 strikeouts) in 116 innings.8 On this night, he came out “wilder than Tropical Storm Agnes,” walking seven hitters in just 2⅓ innings of work while striking out four.9 That kind of wildness often comes back to bite pitchers, and Waits paid the price in the top of the third inning when he walked Griffey, Spencer, first baseman William Ferguson,10 and Driessen in succession to force in a run.

Righty reliever Jimmy Blackmon, a first-round draft pick of the Washington Senators in 1968, came in to relieve Waits and closed out the inning without surrendering any more runs. Waits had not allowed a hit in his brief stint, and Blackmon continued to hold the Aigles hitless through the sixth. Blackmon walked none and struck out four.

McEnaney, like Blackmon, showed perfect control by issuing no walks. Through the first five innings, he held Pittsfield off the scoreboard, surrendering only two hits — singles by Thompson and Wockenfuss — while striking out eight Rangers. Neither team made an error, making baserunners even scarcer.

After 5½ innings, with the score still 1-0, Trois-Rivieres, “huge banks of fog” rolled across the field.11 While weather can hardly be said to play favorites, the Berkshire mists had seemingly favored teams from Trois-Rivieres in the past. On September 19, 1946, the Pittsfield Electrics of the Class C Canadian-American League held a 6-5 lead over the visiting Trois-Rivieres Royals when fog at Wahconah Park delayed play for a half-hour after the eighth inning. When play resumed, the visitors scored four times to win the game 9-6, and with it, the league playoff finals.12

This time around, Aigles manager Snyder engaged in a lengthy discussion with umpires Bill Rosenberry and Jerry Crawford13 before the bottom of the sixth, claiming that his team could not see the ball in the fog. The Pittsfield newspaper estimated that Snyder was on the field for 10 minutes before the umpires overruled him and ordered the game to continue. The paper does not specify the exact time when Snyder protested the game, but the end of this discussion would seem the most likely point.14

After Moates led off with a groundout, Mackanin singled to center field. It was the Rangers’ third hit and put the tying run on base — but Rosenberry and Crawford stopped the game at that point. Pittsfield manager Klein protested, accusing Snyder of using stalling tactics to deny the Rangers a chance to hit before the fog grew too thick to play.15 The game ended in 1 hour and 54 minutes, with McEnaney in line for the win and Waits on the hook for the loss.

The next day, league President Roy Jackson reviewed the dueling protests and sided with Trois-Rivieres, ruling the game official and complete.16 Jackson’s decision gave the Aigles a doubleheader sweep, with Driessen driving in the winning run in both games. It was just one highlight in a season full of them for Driessen, who, at 20 years old, finished in the league’s top three in hits, doubles, and batting average. He spent most of the following season with the Reds, beginning a 15-year major-league career.

Waits and Blackmon, meanwhile, shared the dubious distinction of losing a game without allowing a hit. For reasons unknown, their game is not included on the Eastern League’s official list of no-hitters. The list acknowledges no-hitters shorter than seven innings and no-hitters thrown in a losing effort, though none of the games listed fall into both categories.17

Pittsfield slumped during the remainder of the season and finished in second place at 66-73, 17½ games behind division-leading West Haven. Trois-Rivieres got stronger, winning its division with a 76-60 record, one game ahead of Sherbrooke. In a pennant race like that, every win is important — even those that come as gifts out of the fog.

Neither Baseball-Reference nor Retrosheet provides box scores of minor-league games, but the June 27, 1972, edition of the Berkshire Eagle (Pittsfield, Massachusetts) published a box score.

Image of 1976 Topps card #433 downloaded from the Trading Card Database.

1 American news coverage of the team often used the team’s Anglicized name, the Three Rivers Eagles. This story opts to refer to the Quebec-based team by its French name, which is also used by Baseball-Reference.

4 Other members of the Aigles who appeared in the big leagues but did not play in this game included Santo Alcala, Joaquin Andujar, Tom Carroll, Rawly Eastwick, Pete Hamm, Dan Osborn, Joel Youngblood, and Pat Zachry. Not all of these players would have been on the roster on June 26. The Berkshire Eagle noted that Youngblood did not make the road trip after suffering a broken cheekbone from a foul tip off his own bat.

7 The other members of the Pittsfield team who made the majors but did not play in this game were Jim Kremmel, Bill Madlock, and Charlie Walters. Not all of those players would have been on the roster on June 26.

8 The league leader in walks, Brad Gratz of Sherbrooke, walked 89 batters. Waits’s Pittsfield moundmate Art DeFilippis tied for second with 85 bases on balls. Gratz and DeFilippis did not reach the majors.

10 Ferguson, a catcher and first baseman who attended Texas Christian University, was drafted five times between 1965 and 1969 by the Braves, Orioles, Yankees, Dodgers, and Reds. He played four seasons in Organized Baseball, topping out with appearances at the Triple-A level in 1971 and 1972.

12 John M. Flynn, “Three Rivers Rallies in Ninth to Win 9-6, Taking Can-Am Final Play-offs,” Berkshire Eagle, September 20, 1946: 17. Flynn noted that children in the crowd took advantage of the fog break to go onto the field and seek the players’ autographs.

13 Crawford, son of longtime umpire Shag Crawford, went on to work 35 seasons as a big-league umpire, including five World Series and two All-Star Games. His partner Rosenberry worked five National League games in April 1995, including two behind the plate.

14 The Berkshire Eagle said the two managers protested the game within minutes of each other.