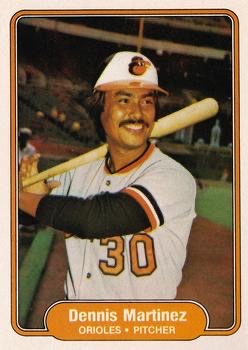 During the last week of June 1982, the Detroit Tigers slumped into Baltimore with a 10-game losing streak. They had been swept in consecutive series by the Cleveland Indians, Milwaukee Brewers, and Boston Red Sox, and that dropped them from first place in the American League East Division to third.1 Their offense was struggling, averaging less than three runs per game in those 10 losses. The Tigers snapped the skid on June 24 with a 7-1 victory over the Orioles before losing again on the 25th. The third game of the four-game series was played on a humid Saturday evening in front of 31,859 at Baltimore’s Memorial Stadium.

The Orioles, meanwhile, had been steadily rising from the bottom of the standings after a dreadful first month of the season (6-12 in April). On June 7 they finally evened their record for the first time since the initial week of the 1982 campaign, and by the time the Tigers came to town for this series, Baltimore was playing .538 baseball (35-30 as of June 23), finding themselves in fourth place, a half-game behind the Tigers and only a game below the second-place Milwaukee Brewers.

Orioles skipper Earl Weaver handed the ball to Dennis Martinez for the Saturday evening start. Martinez, famous as the first Nicaraguan to play in the majors, was coming off a shutout of the Cleveland Indians, and he was in search of his eighth win of the season. He ended up “thriving on the steamy weather.”2 For Detroit, veteran Milt Wilcox started. He had won four of his previous five decisions, and he had been the last Tigers pitcher to record a victory before the losing streak (back on June 12 against the Brewers).3 Fans expected a good match between the pair of hurlers.

The fans were not disappointed. The two right-handers were locked in a pitchers’ duel from the start of the game. Martinez allowed a single in each of the first three innings, but the Tigers could not put anything else together. Martinez then set down the Detroit batters in order in the fourth and fifth innings. Meanwhile, Wilcox kept the Orioles hitless until the fourth inning, when Eddie Murray pulled a single into right field. The scoreboard was a sea of zeroes.

The Orioles broke the ice in the bottom of the fifth, but without the aid of any strong hitting. Jim Dwyer led off with a bunt. The ball stopped a few feet in front of home plate, but Tigers catcher Bill Fahey fell while trying to field it, and Dwyer was safe, credited with a single. Gary Roenicke flied out to left fielder Larry Herndon. With one out and Rick Dempsey in the batter’s box, Detroit’s pitching coach, Roger Craig, called for two consecutive pitchouts, expecting Dwyer to run each time, but the runner didn’t budge, and Dempsey eventually worked a walk, moving Dwyer to second base anyway. Lenn Sakata lifted a fly to center, and Dwyer tagged, advancing to third. With two outs now, Al Bumbry shot a ball deep into the hole at short for a single (Tigers third baseman Enos Cabell made a stab at the ball but missed, and by the time shortstop Alan Trammell reached the ball, it “kicked off his glove into short leftfield”4), and Dwyer scored the Orioles’ first run. With runners now on first and second, Rich Dauer grounded out to end the threat.

In the next inning, Detroit put together an opportunity but again could not capitalize. Cabell led off with a single, his third safety of the game. After Kirk Gibson flied out, Cabell stole second. Richie Hebner walked, and suddenly the Tigers had thoughts of sparking a rally. But Martinez worked his magic and induced Herndon to ground into a 6-4-3 double play to put out the flame.

The home fans were finally able to cheer about some offense in the Baltimore half of the sixth, when Murray stroked a one-out double to the base of the wall in left-center field. Up until now, all of the Baltimore hits off Wilcox had been singles. Cal Ripken followed with a walk. Both runners moved up a base when Dwyer grounded out to Cabell at third, whose only play was on the batter.

There were two down now, as Roenicke strode to the plate. With first base open, Wilcox could have walked the big right-hander to face Dempsey, who came into this contest batting a meager .223. Instead, Wilcox (and Craig) decided to pitch to Roenicke. On a 1-and-0 count, Roenicke “belted it into the seats for a three-run homer,”5 his 15th round-tripper of the season. After the game, Wilcox told reporters, “It was my only bad pitch. But that’s what happens when things are going against you. He could have taken the pitch, he could have fouled it off, he could have popped it up … but he didn’t.”6

The three-run shot turned out to be the difference in the contest. It was also the 70th home run allowed by Tigers pitching at this point of the season (in their 68th game), and the 77th home run hit by Baltimore batters (good for second in the American League). Wilcox had allowed only six hits to this point in the game, but the two extra-base smashes in the sixth were fatal.

Martinez continued to blank the Tigers. Chet Lemon doubled with one out in the seventh, but like the previous Detroit baserunners, he too was stranded. Rick Leach grounded out to first baseman Murray, who made the unassisted putout, with Lemon scampering to third base, but then Fahey hit a routine fly to left for the third out of the inning. Going back to his previous start against Cleveland on June 21, through the eighth inning of this game, El Presidente7 had not allowed a run in 17 consecutive innings.

In the ninth, however, Detroit had its second rally. Hebner grounded a comebacker to the mound for the first out. Herndon doubled to right-center and came around to score on Lou Whitaker’s RBI single up the middle. Next up was Lemon, who “sent a scorching drive to left-center.”8 Kent Baker of the Baltimore Sun reported that “Roenicke got a good jump on the ball and caught it while sliding to his knees,”9 retiring Lemon and preventing the tying run from coming to the plate. Whitaker had to return to first base. Leach then flied out to right fielder Dwyer, and the game was decided, a 4-1 win for the home team. Roenicke’s offensive blast and defensive gem gave Martinez his 14th victory in a row at Memorial Stadium and raised his record to 8-4.

Both moundmen pitched well enough to win, tossing complete games. The difference was Roenicke’s big blow. Wilcox and Martinez each gave up seven hits, five of which were singles. Martinez walked only one, while Wilcox gave three free passes. Each man struck out two batters. Weaver praised his pitcher after the game, saying, “Dennis is in a groove that justifies his winning as many games as anyone in the league last year.”10

With their 12th loss in 13 games, the Tigers “were bounced out of third place”11 by the Orioles. They “backpedaled”12 into fourth place in the division. Detroit manager Sparky Anderson lamented, “I just don’t know why it is that everybody’s getting a big two-out hit against us and we’re never getting any.”13 His batters were just 1-for-7 with runners in scoring position.

The Orioles climbed to second place by the end of the season. However, 1982 was the Year of the Brewers. On the day before the start of the All-Star break, Milwaukee had grabbed first place and hung on until October. With four games left to play in the season, the Brewers traveled to Baltimore for a four-game series. Baltimore won the first three in convincing fashion, by a combined score of 26-7. The two teams were tied atop the American League East, with identical records of 94-67.

The Orioles hosted the final game of the series, and the fans had brought the brooms to Memorial Stadium for the sweep, but the Brew Crew prevailed, 10-2, earning the chance to go to the playoffs. Baltimore stayed home. Detroit struggled the rest of the season, finishing in fourth place. This losing stretch in June played a large in their final standing.

A note about SABR

This 12th annual SABR convention saw an explosion in attendance, with 227 (including 151 members) attendees, “by far the biggest event the Society has participated in during its 11 years.”14 Legendary Tigers broadcaster Ernie Harwell delivered the invocation at the Saturday banquet and then introduced the main speaker, manager Sparky Anderson, who offered “a testimonial of his … good fortune of going from a .218 hitter to a World Champion manager.”15

1 Retrosheet shows the Tigers in third place at the close of play on June 23, 1982, 5½ games behind the Boston Red Sox; Baseball-Reference shows them in second, five games behind Boston.

3 Tigers right-hander Jerry Ujdur was the winner of the June 24 game against Baltimore.

7 According to Rory Costello’s SABR biography of Martinez (sabr.org/bioproj/person/05148239), El Presidente was the nickname given to Martinez by teammate Ken Singleton.

14 sabr.org/content/sabr-convention-history. Accessed August 2018. There had been 147 attendees (97 members) at the 1981 annual SABR convention in Toronto.