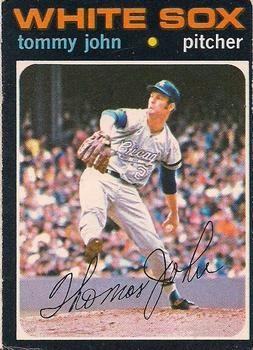 The crowd at Yankee Stadium, 65,880, was the largest gathering at a major-league game in almost five years.1 In fact, the Yankees reportedly turned away 4,000 people outside who wanted to get in.2 The Yankees were on a bit of a hot streak, five wins in a row, and had climbed to second place, higher than they had finished since their 1964 pennant. It was a sunny Sunday afternoon, and a fine day for a ballgame.

But the main draw was not the home team, and certainly not the visiting Chicago White Sox, struggling through another tough season. Most of the patrons showed up to the old ballpark for Bat Day, an annual Yankee Stadium promotion that drew the season’s biggest crowds.3 The Yankees gave away Louisville Slugger bats, fit for Little Leaguers, to any child under 14 who was accompanied by an adult, and allowed grown-ups to bring as many kids as they could handle. They gave away 42,000 bats, resulting in a crowd that was both very young and very loud. “We want to make money, of course,” allowed Yankee public-relations chief Bob Fishel, “but the object of Bat Day is to get people in the park and make friends.”4

There was also a ballgame on tap, and the Yankees had to like their chances. Besides their modest win streak, they were sending their ace to the mound – 28-year-old Fritz Peterson (8-2, 3.47), who had won his last seven decisions. Peterson and the Yankees were taking on a White Sox club headed in the other direction, having lost 16 of their last 20 games and already out of the division race.

The White Sox starter was their ace, 27-year-old lefty Tommy John (4-8, 3.74). The White Sox had had strong teams led by their pitching staff for many years, but John, a 1968 All-Star who had led the league in shutouts in both 1967 and 1968, was their only remaining quality starter. Their most important hurler might have been Wilbur Wood, a knuckleballing left-handed reliever who had led the league in games pitched the past two seasons (and did again in 1970) and could pitch multiple innings at a time.

The Yankees struck first in the second inning, when singles by Danny Cater, Thurman Munson, and Ron Woods, and a long fly ball from Peterson, led to two runs. This modest lead held through six innings, with the White Sox managing only four singles against Peterson.

Chicago finally broke through in the top of the seventh, on a single by Duane Josephson, and home runs from nonsluggers Tommy McCraw (his second of the season, just inside the right-field foul pole) and Ken Berry (his third, into the lower left-field seats). Just like that, Peterson was down 3-2 and John needed to get only nine more outs.

He got the nine outs, but not before surrendering a game-tying home run to Horace Clarke (his third of the season) in the eighth inning. The opposing managers put the game in the hands of the bullpen, with Lindy McDaniel replacing Peterson to start the eighth, and Wood taking over for the White Sox in the 10th. Both relievers were outstanding.

The Yankees had their best chance to win the game in the 10th. Clarke opened things by lining a ball down the left-field line that caromed off the grandstand fence. But left fielder John Matias, inserted into the game in the eighth after Carlos May was ejected for arguing a called third strike, played the ball perfectly and gunned down Clarke trying for a double. Bobby Murcer and Roy White followed with singles, but no runs could score.

Clarke had no regrets over the attempt. “That ball is usually a double,” he said. “If his throw is a little off, I’m in scoring position. He made a hell of a throw.”5

McDaniel shut down the White Sox for four innings heading into the 12th, when the Yankees may have been victimized by one of those 42,000 bats. McCraw led off with a line drive to left, a hit similar to Clarke’s ball in the 10th. This time, a youngster sitting in the front row stuck his new bat out and deflected the ball before left fielder White could get to it. The umpires ruled the play a ground-rule double, awarding McCraw second base. A few minutes later, he scored when Clarke mishandled Bobby Knoop’s bouncing ball past second base – ruled a single and an error.

Clarke tried to make amends with a single and a stolen base in the bottom of the 12th, but Wood retired the Yankees’ two best hitters, Murcer and White, on harmless infield popups to end the affair.

“You couldn’t ask for much more excitement for 66,000 in that game,” said White Sox manager Don Gutteridge, whose team needed a win. “We needed it worse than they did.”7

McCraw, whose two-run homer and 12th-inning double were both back-breakers, was the key offensive player of the game. “He hurts us, for some reason,” admitted Yankee manager Ralph Houk.8

Wood got the victory with three shutout innings, despite allowing five singles. He also expressed some skepticism about the attendance. “I must have made closer to 80,000 enemies,” he allowed. “I don’t care what they announced. They just say that because of the fire laws. But I know they get more than that.”9

The loss dropped the Yankees 5½ games back of the Baltimore Orioles, destined to be one of history’s greatest teams. There were several excellent performers in the game – Berry had four hits, McCraw had arguably the two biggest hits of the game, and both McDaniel and Wood excelled in relief. Horace Clarke had three late hits, including a game-tying home run, but also got thrown out on the bases and made a big error.

But it is likely that the lasting memory for most of the enormous crowd was their brand-new baseball bat, and the accompanying neighborhood bragging rights for the summer ahead.

I was one of the 42,000 youngsters in the crowd that day, in the grandstand up behind first base. This was the second big-league game I attended, and the only time I went to Yankee Stadium prior to its extensive remodel (1973-75). I lived two hours away, in southeastern Connecticut, and was part of a multi-bus group organized by men at my father’s company. My new bat was a John Ellis model, which made me the envy of most of the kids on my bus. Ellis was a local hero, having grown up in a neighboring town. Kids were offering me Bobby Murcer or Roy White for Ellis, to no avail.

Many years later, I wrote a story about some Topps baseball cards that used photographs taken at this very game.

In addition to the sources cited in the Notes, the author consulted the Baseball-Reference.com and Retrosheet.org websites for pertinent material and the box scores noted below. He also used game coverage from the Chicago Tribune (George Langford), New York Times (Thomas Rogers), and Newsday (Steve Jacobson).

3 For the story on the 1969 Bat Day at Yankee Stadium, see https://sabr.org/gamesproj/game/june-15-1969-one-big-wet-blanket-for-seattles-pilots-on-bat-day-at-yankee-stadium/.