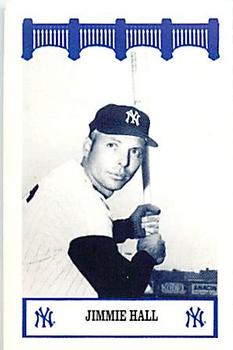 Amid the rain and slop, they hopped, slid, and swung their complimentary baseball bats through the air. They shouted; they laughed. They turned a famous ballfield into an untenable, unplayable muddy mess. Their shenanigans made the areas around first and second bases look like a pig’s pen – after the pig had tidied up a bit. The same mess surrounded home plate.1 The rowdy rapscallions made a slip-and-slide out of the tarpaulin, ripping holes in the $10,000 ground cover.2

The rambunctious youngsters – there were about 2,000 of them – did this twice, the second occurrence minutes after the first. No one could contain them. A scoreboard message did little to dissuade them. The Voice of God called them to turn back, but they were determined, it seemed, to be the storm beneath the rain.

It was their fun in the mud. A blissful rebellion in the summer of 1969: Bat Day at Yankee Stadium.

Much weighed on the hearts and minds of people that summer. Just a year earlier, Martin Luther King Jr. and Robert Kennedy were murdered. Young men were drafted and sent to Vietnam. Out of 1968 and into ’69, protests erupted in streets and on college campuses. Apollo 10 sent back to Earth the first color images from dark, cold space. The Who released its double-album rock opera, “Tommy,” and Broadway Joe Namath briefly retired from pro football. Woodstock and the first man on the moon would come weeks later.

In these times, convincing spectators to fill the seats at Yankee Stadium to watch a fifth-place team, five seasons removed from its most recent American League pennant, was a challenge. But on three consecutive Sundays, the Yankees did it. They enticed fans to the Bronx ballpark with clever promotional celebrations.

Two weeks earlier had been Ball Day at the Stadium, and more than 57,000 fans packed the ballpark. The next Sunday, May 25, was Mickey Mantle Day, and 60,096 paid to get in. On this day, June 15, a day after only 9,214 had strolled through the gates to see the Yankees lose to the expansion Seattle Pilots, the ballclub handed out 36,345 free baseball bats and “were still counting their money from three Sunday bonanzas in a row,” Joseph Durso wrote in the next day’s New York Times.3

Free bats likely were more exciting than the game billing. An uninspiring pitching matchup featured the Yankees’ Stan Bahnsen, and his 2-9 record against Seattle’s Fred Talbot.

It was 84 degrees with overcast skies when Talbot first ran into trouble against the Yankees lineup. The right-hander watched as the second hitter he faced, New York’s Jerry Kenney, reached first when Seattle second baseman Tommy Harper flubbed a groundball. Kenny later swiped second and galloped to third on a fly ball. Roy White walked, putting runners on the corner bags.

Jimmie Hall, playing in place of a sick Joe Pepitone,4 scored both runners when he scorched a triple to left field to give the Yankees a 2-0 lead.

Hall drove in all of the Yankees’ four runs in the contest. In the bottom of the fifth, the first baseman smacked another triple, this one to center field, that scored Bobby Murcer and White, who had reached on a fielder’s choice and a walk, respectively.

Hall’s triple chased Talbot from the game. The Seattle hurler had given up four runs – only two earned – on four hits. Poor fielding and four walks did him in, too.5 Jim Bouton replaced Talbot on the mound for Seattle as storm clouds darkened the ballpark. The righty reliever, appearing in New York as a visitor after several years with the Yankees and writing the bestselling season diary Ball Four during his downtime, struck out Jim Lyttle to end the fifth.

As the players walked off the field, a heavy rain pattered the park. So did the footsteps of hundreds of excitable young boys and a few girls.6 They “overran the 300 ushers and guards and flooded the field in a wild scene,” the New York Times reported from the scene.

This was their chance. Their chance to take any sort of pent-up energy, any angst they might be harboring, and unleash themselves in a fit of dancing and parading and freedom on the ball field in front of thousands of onlookers.

“There seems to be a mounting restiveness these days and the kids act this way at home and on the streets,” Yankees President Michael Burke said later. “They bring the same chemistry to the ballpark.”7

That chemical reaction quickly discharged across the field, but before it could take full effect, the Yankees’ 38-man grounds crew had just enough time to stretch the protective tarp over the infield. For 15 minutes afterward, however, the youngsters danced and played until the sun peeked out again. The jubilant juveniles eventually left, perhaps heeding the plea from Bob Sheppard, the stadium’s divine, smooth baritone public-address announcer. Perhaps they gave in to the scoreboard message that read: “Please, no one on the field.” But likely, they simply left because they felt like it.

As the youngsters fled back to their seats, the grounds crew took another 15 minutes to remove the tarp and prepare the playing surface. After a 29-minute delay,8 play resumed in the top of the sixth. Bahnsen, the American League Rookie of the Year a season earlier, struck out Harper for the first out. Mike Hegan then singled to right field.

And that was that.

Once more, clouds leaked buckets of rain, and the “unruly youngsters,” as Norm Miller called them in the Daily News,9 barely had time to return to their seats when they again hopped Stadium rails and fences and zipped past security to make one more sloppy splash. This time, they were so quick to gather that the groundskeepers had no time to drag the canvas over the infield.

But it was fleeting, and once the youngsters had their say and drifted from the mud and grass, senior umpire Nestor Chylak examined the surface, observed that the sudden thunderstorm produced “about five inches of mud,” and declared the game over. The Yankees won, 4-0.

Seattle manager Joe Schultz strongly disagreed with Chylak’s decision. He argued that the rascals who trampled the field caused the mess, not the rain alone. In Schultz’s mind, the youngsters cost his team a chance of playing a full, fair contest. He protested the game immediately afterward – and eventually lost – saying it was the Yankees’ responsibility to control the crowd.

The tarp was still wet, the umpires said, from the previous rain and the field was too slick and sloppy for the crew to effectively cover the surface.10

Moments after the umpires crew chief called the game off, rain stopped and the sun said hello again. Standing in its glow, and also in a quagmire, Schultz, Chylak, and Yankees skipper Ralph Houk congregated around a mud-splattered home plate to debate the umpire’s decision.

“The field was unplayable even before [the grounds crew] got the canvas unrolled,” Houk said later. “The crew couldn’t get traction in the mud.”11 To the Associated Press, Houk said, “I defy anyone to put a wet canvas on an infield. It would have taken five Caterpillar tractors to do it.”12

“There was no way to get that field into playing shape,” the umpire said. “We’d have done anything we could to resume the game, but it was impossible.”13

Those kids were impossible, Schultz must have thought.

“Somebody could have gotten killed out there,” he said after the game. “Things like this could only happen in New York.”14

The Pilots skipper talked with reporters after the game about the whole mess. When someone asked Schultz if he, on this Father’s Day afternoon, still liked children, he replied, thinking, perhaps, not as a nattering nabob of negativism, but as a father and leader of young men:15

“Sure. Those kids out there on that tarp are the future of our country – a country going to hell. How can we clear up Vietnam if we can’t keep Yankee Stadium clear?”16

2 Joseph Durso, “Yankees Win, 4-0, in Mud-Shortened Game Protested by Pilots,” New York Times, June 16, 1969: 65. Durso described the fans running on to the field as “two of the wildest and wettest frolics in the 47-year history of Yankee Stadium.”

5 Bahnsen pitched well for the Yankees, giving up only three singles and no runs.

15 In his SABR BioProject article on Joe Schultz, Rory Costello notes that Schultz and his wife had two children, Mary Jo, born in 1944, and Thomas, born in 1950.