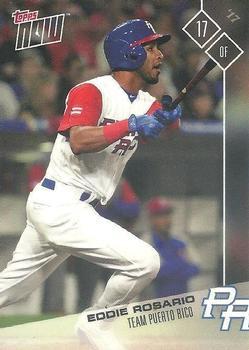 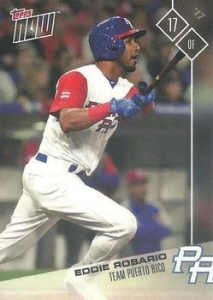 Hernández, the American League’s Cy Young Award recipient in 2010, started for Venezuela. With his 31st birthday just weeks away, the right-hander had anchored the Seattle Mariners’ rotation for over a decade, winning 11 or more games in all but one of the previous 11 seasons and already owning franchise records in career wins and strikeouts.

Pitchers were limited to 65 pitches in the first round of the tournament, but Hernández didn’t even approach that number. Although he retired the side in order the first two innings, he didn’t make it through the third. Eddie Rosario led off with a triple and scored on a sacrifice fly by T.J. Rivera. Reymond Fuentes singled, and, with two out, Lindor walked. Prado fumbled Correa’s grounder to third; when his throw to first was too late, he was charged with an error and the bases were loaded.

When Beltrán walked to force in an unearned run, Hernández, after 51 pitches, was relieved by Gregory Infante, who got Molina to fly out to Ender Inciarte in deep center to end the inning with Puerto Rico leading 2-0.

Seth Lugo, born in Louisiana but possessing Puerto Rican ancestry,2 started for Puerto Rico and stymied Venezuela with his off-speed pitches, particularly with an impressive spin rate on his curveball. The 27-year-old right-hander, a rookie with the New York Mets in 2016, retired the first 11 batters before Cabrera hit a grounder up the middle with two outs in the fourth. Báez, the second baseman, moved to his right and got in front of the ball behind the infield dirt (or, in this case, the brown paint used to designate the infield on the artificial surface). Báez fumbled the ball, but the official scorer credited Cabrera with a hit on the basis that Báez might not have been able to throw out Cabrera even if he had fielded it cleanly.

Venezuela did not get another runner until Inciarte grounded a single to left with one out in the sixth, right after Lugo was relieved because he had reached his pitch limit. Altuve, winner of his second career batting title in 2016, drew a walk off Giovanni Soto, and Prado hit a hard grounder down the third-base line. Correa—Altuve’s Houston Astros’ teammate and an emerging star at age 22—made a diving backhanded stop and one-hopped a throw to first to get Prado as the runners advanced. After Cabrera was intentionally walked, González struck out on a pitch in the dirt, and Molina stepped on the plate to force Inciarte, ending the inning with Puerto Rico still holding a two-run advantage.

Venezuela got two more runners against Joe Jimenez in the seventh—Martinez on a walk and Odúbel Herrera on an infield hit—but by this time it was in a bigger hole. Correa had led off the bottom of the sixth with a home run to center off Jhoulys Chacin, who was starting his third inning of work. Beltrán, who had joined Altuve and Correa on the Astros by signing as a free agent in December 2016, walked, and Molina went to the opposite field with a home run to right to give Puerto Rico a 5-0 lead.

Puerto Rico put the game away in the seventh. Lindor was hit by a pitch with one out and forced at second by Correa, who stole second and scored Puerto Rico’s sixth run of the game on a single by Beltrán. That was it for Chacin, and Deolis Guerra took the mound. Singles by Molina and Báez brought in Beltrán (with Báez taking second on the throw home), making the score 7-0.

Rosario lined a double to right to drive in two more runs and bring Puerto Rico to within a run of ending the game on the mercy rule: a 10-run lead in the last of the seventh or after seven innings. Rivera—like Lugo a Mets rookie in 2016—finished it three pitches later, driving a two-run homer to left for an 11-0 win.

The anticipated matchup of the two most decorated teams in the pool (Italy and Mexico were the others) was close for a while and then blew up when Venezuela pulled away with nine runs over the sixth and seventh innings.

Lugo, who allowed only one runner in 5⅓ innings and struck out three, was the winning pitcher. Hernández took the loss, done in when he labored through the third; he threw 29 pitches that inning, only 14 of them strikes. Rosario led the hitters with a single, double, and triple; he scored two runs and knocked in two, as did Molina, who had a home run and single, and Beltrán with a run-scoring single and a bases-loaded walk.  Rivera, with a sacrifice fly and game-ending homer, had three runs batted in.

Unlike most of the games in the Jalisco pool, this one had a relatively snappy pace. The time of the seven-inning game was 2:43. The average time of the other six games (one of which was 10 innings) was 3:49.3  The game ended a few minutes before 11:00 on Friday night, giving the Venezuelans a bit more than 15 hours to rest and try to get their bats woken up for their next matchup, against Italy.

Puerto Rico was scheduled for the night game on Saturday, against Mexico, which had blown a ninth-inning lead to Italy in the Thursday night opener.

The intentional walk to Cabrera in the sixth was the result of Soto throwing four pitches outside the strike zone. Even though Major League Baseball adopted automatic intentional walks starting in 2017, the World Baseball Classic still did it the old-fangled way.

The loss put Venezuela in a hole in a couple of ways. Two of the four teams in each pool advanced to the second round with a tiebreaker game played if needed to determine the second-place team. If three teams tied for second, the first step in deciding which teams would play a tiebreaker game and which team would be eliminated was fewest runs allowed per the number of innings played in the field in the games in that round between the teams tied. In addition to having a loss on its record, Venezuela had allowed 11 runs in 6⅔ innings, a bad first outing.4

Lugo was the winning pitcher against the United States in the second round but was the losing pitcher in the championship game, also against the United States. Lugo, who had pitched 64 innings for the New York Mets in 2016, missed the first two months of the 2017 regular season after partially tearing the ulnar collateral ligament in his pitching elbow near the end of spring training. Mets general manager Sandy Alderson thought the injury might have been related to Lugo’s workload in the World Baseball Classic.5

Scoresheet, notes, and memories of the author, the official scorer for the games in Jalisco, who agonized a bit over the hit for the slow-footed Cabrera but didn’t sweat the possibility of its ruining a no-hitter since it was only the fourth inning (not yet realizing that this was the equivalent of the sixth inning when the game ended in the last of the seventh).

Brenda Himrich (related to the author by marriage) made the press-box announcements in Spanish in Jalisco and contributed to this article.

1 The four-team pool also included Italy and Mexico. The 2017 WBC was the fourth iteration of the 16-team, two-round international baseball tournament. The WBC is sanctioned by the World Baseball Softball Confederation and is operated as a joint venture between Major League Baseball and its Players Association. The tournament features the best players from around the world competing for their home countries and territories.  Players are qualified if they previously appeared on the final roster of a Federation Team, if the player is a citizen of or is eligible for a passport from the team’s country or territory, if the player is a current resident of or has one parent who was born in that country or territory.

2 Lugo’s paternal grandfather, José “Ben” Lugo, was Puerto Rican. Lugo has referred to himself as a “Quarter-Rican,” sometimes as the “Cajun Quarter-Rican.”

3 The time allotted between innings was 2:55 on Thursday and Friday, which had only one game each night. The allotted time was reduced to 2:25 for the first games on Saturday and Sunday.

4 Venezuela did end up in a tiebreaker scenario, although the runs it gave up to Puerto Rico in this game did not factor into it. Venezuela finished in a tie for second with Mexico and Italy, and the runs allowed applied only in the games between these three teams.