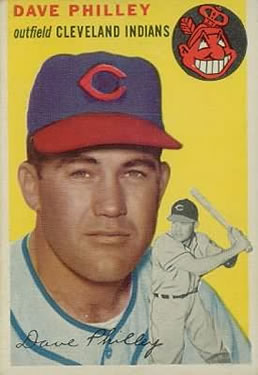 On a dreary Monday night at Cleveland Stadium, 22,456 fans “shivered through 3 hours and 1 minute of action,”1 including errors, arguments, ejections, a rain delay, poor pitching, and, finally, great pitching. On May 10, 1954, the Indians prevailed over the New York Yankees, 8-7. The game began with an explosion of runs in the first few innings before settling into a pitchers’ duel and ending on a dramatic play in the outfield.

The Cincinnati Enquirer led with the headline “Yankees Lose Three to Umpires, Also Wild, 8-7 Decision To Indians.”2 New York reliever Bob Kuzava gave up a walk and a team cycle – a single, double, triple, and home run – to five consecutive batters in the bottom of the first inning.

The New Yorkers outhit and out-argued the Clevelanders, but in the end, the home team emerged victorious. Two aces took to the mound for each squad. Bob Lemon started for Cleveland, but he was not sharp. Phil Rizzuto singled to left field to start the game and came home after Irv Noren doubled to left field and Wally Westlake threw late to home plate.

Catcher Jim Hegan attempted to get Noren, who was advancing to third on the throw. Hegan’s throw went past third baseman Al Smith, and Noren came around to score an unearned run. Enos Slaughter reached on an error by second baseman Bobby Avila. An out later, Gene Woodling stroked another double to left, and the score was 3-0. Lemon induced two groundball outs to escape further damage, but the two defensive miscues had done their damage.

New York starter Whitey Ford “had nothing,” according to the New York Times.3 Avila greeted the “Chairman of the Board” with a single in the bottom of the first and then walked Smith and Westlake to load the bases. Yankees catcher Yogi Berra argued over ball four on Westlake with home-plate umpire Bill Summers, who threw out the catcher. Yankees skipper Casey Stengel came out of the dugout to defend Berra, but he also got the heave-ho. Before leaving the field, Stengel pulled pitcher Ford and called in another southpaw, Kuzava. Unfortunately for New York fans, this move did not help.

With the bases loaded and nobody out, Charlie Silvera came on to catch for the Yankees. Frankie Crosetti, New York’s third-base coach, took over the managerial reins. Al Rosen, the next Indians batter, drove home Avila and Smith with a single to center. Kuzava walked Larry Doby, and Dave Philley cleared the bases with a grand slam. George Strickland followed with a double to right, and Hegan plated Strickland with a triple to left. In the span of five batters, Kuzava had yielded a walk and a cycle without recording an out. Crosetti sent Kuzava to the showers to join Berra, Stengel, and Ford.

Rookie Bob Grim became the third Yankees hurler of the inning. The Indians still had not made an out. After Grim retired Lemon on a pop out to Silvera, Avila drove a ball deep enough to right to score Hegan. Smith grounded to short to end the inning, which had lasted 52 minutes. Eight Indians players had scored, seven before the Yankees recorded an out. That would be all the scoring for the Cleveland lineup.

In the second inning. the Yankees chopped at Lemon’s five-run lead. Andy Carey singled to center. A pitch later, Lemon had him picked off first, but Hegan’s second throwing error of the game allowed Carey to go to second base. Grim tried bunting Carey to third, but umpire Summers called him out, ruling that the ball had hit Grim. Crosetti came out to argue and, you guessed it, was awarded an early night via ejection. Rizzuto singled, Noren followed with an RBI single, and Slaughter walked to load the bases. Silvera poked a single to left, driving in Rizzuto, and the score was now 8-5. Cleveland manager Al Lopez had seen enough and replaced Lemon with rookie pitcher Don Mossi, who retired Woodling and Eddie Robinson on infield outs.

Grim set down three straight Indians in the second. In the Yankees third, Gil McDougald led off with a double and came all the way home when Hegan committed a passed ball. Carey then homered, trimming the Cleveland advantage to one run at 8-7. That would be all the scoring in the game, yet the game was stalled due to a 17-minute rain delay.

Grim retired 12 consecutive Indians before Westlake singled to start the bottom of the fifth, but the next batter, Rosen, hit into a double play, and Grim faced only 23 batters in his seven innings of work. Grim was lifted for pinch-hitter Hank Bauer in the top of the eighth. Bauer drew a walk off Mossi, who had also pitched well, allowing only four hits in six innings and no runs since Carey’s home run in the third. This put New York runners at first and second with only one out. Mickey Mantle was announced as a pinch-hitter for Rizzuto, and Rosen pulled Mossi for pitcher Mike Garcia. Joe Collins then batted for Mantle in a strategic game of match-ups. Collins popped out to short. Noren flied out to left to end the inning.

In the final frame, with the score still 8-7, Garcia walked Silvera walked with one out. Woodling followed with a single to start a potential New York rally. After Robinson popped out, McDougald “slashed a liner toward right.”4 It looked as though the Yankees would tie things up, but right fielder Philley raced in to catch the ball and end the game. Mossi earned the win, Kuzava took the loss, and Garcia was awarded a save.

Kuzava made three starts after being “shelled from the mound”5 in this disastrous outing, and he lost two of them, with a no-decision in the third. His ERA jumped to 6.43 after giving up the team cycle, and it never dipped below 4.00 for the season. Ford had a very rough start to the 1954 season. In four appearances (three starts) to this point, his record was 0-2, and he had a dismal 9.24 ERA. He eventually rebounded and finished the campaign at 16-8 with a respectable 2.82 mark. Grim pitched seven innings, allowing only two hits and striking out three, as he shut down the Indians.

For the Yankees, Rizzuto was 3-for-3 with a walk and scored two runs. Noren, Woodling, Silvera, and Carey each had two hits, and the quartet knocked in five runs.

For Cleveland, this was a small blip on Lemon’s record. He won his first six decisions in 1954, en route to a league-best 23, and he was named American League Pitcher of the Year by The Sporting News. Lemon’s batterymate, Hegan, also had a game he wished to forget. Although 1-for-3 at the plate with a run scored and an RBI, he was charged with the passed ball and made two throwing errors, all of which allowed New York to keep the contest close. Mossi, pitching six innings, earned the victory. He struck out four New Yorkers and allowed two earned runs. At the plate, seven Cleveland batters got hits, and five of their seven total hits were in the first inning.

The Yankees came into the game with a four-game winning streak, but it ended on this night. They won their next six (and eight of nine) to pull into second place in the league standings. Cleveland went on a tear after losing the next two games to New York, winning 11 straight games and climbing into first place. After finishing in second place for three consecutive seasons behind the eventual world champion Yankees, the Indians finally made it to the World Series in 1954.

In addition to the sources mentioned in the Notes, the author consulted baseball-reference.com, and retrosheet.org.