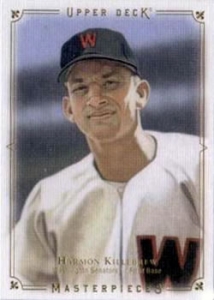 The surprising Senators, riding a three-game losing streak, entered the May 12 game tied for fourth place in the American League with a 14-14 record, four games behind the front-running Cleveland Indians. The Tigers, winners of four straight and seven of their last eight under new manager Jimmy Dykes, were 9-16, 6½ games off the pace, and still trying to crawl out of the junior circuit’s cellar following a disastrous 2-15 start under second-year manager Bill Norman.

The Tuesday evening game drew a sparse crowd of 4,234. The relatively small turnout was unquestionably attributed to the fact that schools were still in session and rain showers were moving through the area. The high temperature for the day reached a sticky 91 degrees in the late morning before a midday thunderstorm passed through and dropped the temperature more than 20 degrees. The game-time temperature was 70 degrees and remained steady as light rain fell off and on throughout the evening.

Former Tiger Bill Fischer, who was 2-0 with a 1.06 ERA, started for the Senators. The 28-year-old right-hander was coming off back-to-back complete-game victories over the Red Sox and Tigers and in the midst of the finest three-month stretch of his major-league career. He was opposed by 29-year-old Frank Lary, a durable pitcher who had led the American League in innings pitched in 1958. The Tigers right-hander was making his seventh start of the year and entered the game with a record of 3-2 and a 3.46 ERA.

The Tigers opened the game with a pair of runs in the top of the first. Eddie Yost, who had been traded by the Senators to the Tigers during the offseason, led off with a single to center and scored when first baseman Bobo Osborne doubled to right.1 After Charlie Maxwell was retired on a fly ball to left, Al Kaline singled to left to drive in Osborne. Fischer escaped further damage when he retired Harry Kuenn and Rocky Bridges on fly balls to center.

The game remained 2-0 until the top of the fifth when Tigers second baseman Ted Lepcio hit a one-out solo home run, his second of the year, to left field. In need of some additional infield depth, the Tigers had made an early-season trade that sent veteran left-handed pitcher Billy Hoeft to the Boston Red Sox in exchange for the 29-year-old utility infielder and pitcher Dave Sisler. Fischer retired the next two Tigers to end the inning. After 4½ innings the Tigers held a 3-0 lead.

The Senators broke through against Lary in the bottom of the sixth. Right fielder Albie Pearson led off with a single and scored when rookie center fielder Bob Allison ripped a double to left. Next up was Harmon Killebrew. The 22-year-old third baseman was the American League’s early-season home-run sensation, well on his way to enjoying a breakout season.

Killebrew had hit four of his 10 home runs off Tigers hurlers, so it seemed a wise decision on Lary’s part to try to move the young slugger off the plate. After Lary knocked the Senator’s big third baseman down, Killebrew “merely got up, brushed off his pants, and tied into the next pitch” for a 420-foot blast into the bleachers in left-center field.2 The home run was Killebrew’s 11th of the season, matching his combined home-run total over his previous five seasons. A 1954 bonus baby, Killebrew was “known as a poor fielding jolter,” who until the spring of 1959 sat patiently behind Yost waiting for his chance to play.3 With the trade of Yost during the offseason, Killebrew was finally getting his chance.

The Tigers retook the lead in the top of the seventh. Kuenn led off with a single to left. Bridges hit back to the box and Fischer threw to shortstop Ron Samford to retire Kuenn. Light-hitting catcher Lou Berberet followed with a double to left to score Bridges and give the Tigers a 4-3 lead. Lepcio reached on an error when he hit a grounder to third and first baseman Julio Becquer failed to gather in Killebrew’s throw. With runners at first and third and one down, Fischer escaped further damage when he retired Lary on a popup to second and struck out Yost to end the inning.

Lary came out to start the seventh and preserve the Tigers slim lead, but after he gave up a leadoff double to catcher Jay Porter, Dykes summoned the recently acquired Sisler from the Tigers bullpen. The right-handed Sisler retired pinch-hitter Herb Plews on a fly to left, then walked pinch-hitter Roy Sievers and Pearson to load the bases. The Tigers manager then turned to right-hander Ray Narleski, who had come to Detroit as part of an offseason deal that sent Billy Martin to Cleveland, to extinguish the embers of a potential Senators big inning.4

Allison greeted Narleski by lifting a sacrifice fly to center that scored Porter and tied the game, 4-4. It was Allison’s second RBI of the game. The red-hot Killebrew then came to the plate and wasted no time as he teed off on Narleski’s first-pitch fastball for his second home run in as many innings. This shot to deep left “was just as robust as the other.”5 The three-run homer was Killebrew’s league-leading 12th and gave the Senators a 7-4 lead. It was the fourth time in the last 12 games that Killebrew had homered twice, with the Tigers being the victim three times.

Tex Clevenger, a 26-year-old right-handed swing man, was called upon by Senators manager Cookie Lavagetto to preserve the lead. Clevenger threw two perfect innings, striking out three – including Berberet to end the game 2 hours and 14 minutes after it started. The save was Clevenger’s fourth of the season.

Fischer, who scattered nine hits over seven innings, earned the victory and improved to 3-0. After starting the season 8-3, Fischer won only one more game and finished the year with a record of 9-11 and a 4.28 ERA. Strangely enough, Sisler, who pitched to only three hitters, suffered the loss despite earning his first hold of the year. It was his first decision since joining the Tigers 10 days earlier. Used sparingly throughout the year, he finished the season with a record of 1-3 and a 4.32 ERA.

At the end of play on May 12, Killebrew was batting .291 and leading the league in home runs, RBIs (28), and runs scored (26).6 Despite finishing the season with a .242 batting average, he continued to hit for power and finished tied with Cleveland’s Rocky Colavito for the league lead with 42 home runs. Killebrew went on to lead the American League in home runs five more times.

By the end of the season Detroit and Washington would swap places in the standings. The Tigers were six games over .500 for the remainder of the season and finished in fourth place with a record of 76-78, 18 games behind the pennant-winning Chicago White Sox. The Senators’ promising start to the 1959 season quickly ended as the team came down to earth and finished last with a record of 63-91, 31 games off the pace.

1 On December 6, 1958, Yost was sent to Detroit as part of a six-player deal that sent Reno Bertoia, Jim Delsing, and Ron Samford to Washington. In return the Tigers received Yost, Rocky Bridges, and Neil Chrisley.

4 On November 20, 1958, Narleski was traded by Cleveland, along with Ossie Alvarez and Don Mossi, to Detroit for Al Cicotte and Martin.