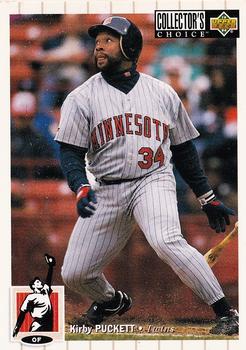 On May 19, 1994, Minnesota had won nine of its last 10 games. A five-game home winning streak featured sweeps over Baltimore and the Yankees. The Twins were just 1½ games out of first place and had a 20-19 record. After an off-day, the homestand would continue versus Boston.2

Boston had won six of its last seven and had the second-best record in baseball at 26-13. Despite improved play and a strong opponent, WCCO-TV and the Twins were offering half-price upper-deck tickets for the entire Boston series.3 Twins pitcher Scott Erickson had thrown a no-hitter a few weeks earlier and was listed as the starter. Only 20,766 fans attended the first game of the series.

The Twins still had the worst ERA in baseball. Prior to batting practice, pitcher Mike Trombley was demoted to Triple-A Salt Lake City. Trombley was 2-0 with a 7.67 ERA.4

Trombley said after his release, “They said I’m just inconsistent. They said they feel like my confidence level is not really where they want it to be. I really don’t know why. It’s just a big shock. I’m amazed. Except for the last week or so, I felt like I’ve been throwing the ball good. Except for spring training and the last two outings, I feel like I’m throwing the ball as good as ever.”5

Twins manager Tom Kelly said of the pitcher, “We wanted to give Trombley every opportunity; he’s experienced and can throw the breaking ball, He just couldn’t put it together this year. We talked earlier about the bullpen. [It] would be in good shape this year if people pitch like they can. Each year is different. There is no guarantee that somebody will do this year what he did last year.”6 (In 1993, Trombley had a record of 6-6 with a 4.88 ERA.) “I don’t think he has really pitched well since spring training, and he didn’t do much in spring training. He needs to go out and pitch and get himself reorganized. He’s much better than what he’s shown this year.”7

Trombley said, “It shocked me. I really don’t believe it. I’m not saying I’m too good to have this happen, but it’s ridiculous. I think a lot of us on this team have struggled. Basically I haven’t pitched the way I can pitch since the day I became a reliever. Maybe I can go back and get it back starting. This year I felt more confident in the bullpen, and then this happens.”8

Salt Lake City right-hander Dave Stevens replaced Trombley and would take on a set-up role.9 Stevens arrived in time for the Friday night game and admitted that he was “very surprised” about the promotion. Stevens said, “They were playing well. I didn’t expect anything. I don’t know if it has really set in yet. It took me by surprise.”10

Kelly wasn’t excited about the move, saying, “I’m sure Dave will try too hard and try to overthrow the ball. I’m sure he’ll overdo it. But Trombley wasn’t getting people out, so what’s the difference?”11

During his warm-up, Scott Erickson strained his back and couldn’t pitch. Left-hander Carlos Pulido replaced Erickson. After the announcement, Red Sox manager Butch Hobson shuffled his batting order and replaced Andy Tomberlin as the right-field starter with Billy Hatcher.12

In the first inning, Minnesota jumped ahead with a run. Behind seven hits, the Twins added five runs in the second inning. After giving up two singles and a double, Boston starting pitcher Joe Hesketh was replaced by Paul Quantrill. After four singles and a sacrifice fly, Hobson called on reliever Todd Frohwirth. He got the needed two outs to close out the second, but two doubles, two walks, and a single helped the Twins score another four runs in the third inning. Frohwirth was responsible for nine Minnesota runs over three innings.

Already leading 10-1, the Twins exploded again in the fifth inning. Kirby Puckett drove two baserunners in with a massive three-run shot into the football press box in right field. Two more walks put Boston into another hole. Boston reliever Greg Harris struck out Twins outfielder Alex Cole for the second out. Then the next eight Twins batters got hits, setting a team record for hits in an inning. Harris allowed six runs on seven hits. Sixteen Twins batted in the inning and Boston used three pitchers.13 Kelly emptied the bench and three pinch-hitters reached base. Cole struck out again to end the inning with the Twins leading 21-1.14

Twins pitcher Jim Deshaies said of the fifth inning, “After a while, you sort of become a spectator, trying to take it all in. I think everyone’s been on the receiving end of one of those innings so you feel for the pitcher. You’re still cheering for our guys to score runs, but you also feel for the other pitcher and his frustration.”15

All 14 Twins position players played in the game. Puckett finished with seven RBIs and the only Twins home run. Designated hitter Dave Winfield was the only Twins position player without a hit; the team had 22 in all. Winfield joked, “If it wasn’t for me, we’d still be out there. Everybody better thank their lucky stars.”16 Pulido allowed three hits in seven innings. Dave Stevens made his major-league debut and threw a hitless eighth inning.

Andre Dawson had two of Boston’s hits, including a home run. The Metrodome roof plagued the Red Sox both offensively and defensively. Mo Vaughn hit the roof with a popup that was caught by second baseman Chuck Knoblauch. Twins catcher Matt Walbeck had a double after a fly ball was lost in the roof and dropped behind Boston outfielder Otis Nixon.17

Boston reserve outfielder Andy Tomberlin had pitched for three years in the minor leagues, Hobson asked Tomberlin to pitch the eighth inning. Hobson said, “That’s the first time in my eight years as manager I used a position player to pitch but I knew he had been a pitcher; that’s why I asked him. I don’t know what I’d have done without him.”18

Tomberlin had been drafted by Atlanta as a pitcher in 1986. He moved to the outfield in 1988. “It was my choice,” he said after this, his major-league pitching debut. “I didn’t think I could make it as a pitcher. But when I got signed, they wanted me to pitch and I had no choice.”19

In two scoreless innings, Tomberlin allowed a single and a walk and even struck out Twins shortstop Pat Meares. Tomberlin said, “I threw mostly fastballs, but I added a few changeups in there. I always wanted to pitch in a major-league game. I didn’t think this is the way it would happen. I was just trying to throw strikes and let them hit it.”20

Puckett said of the rout, “We’re not trying to embarrass anybody out there. But I’ll tell you, man, every hit was a hit.”21 Cole said, “When I was in Cleveland and Colorado, we used to get thrashed like this all the time.”22

Red Sox trainer Charlie Moss joked about the football-type score, “We were doing all right until our defensive backs started falling down on those crossing patterns.”24 In one day, Boston’s team ERA rose from 3.96 to 4.41.25 The Twins bats went silent the next night in a 1-0 win. Just 15 days later, the Twins would again score 21 runs in a rout of the Detroit Tigers.

In addition to the sources cited in the Notes, the author also consulted Baseball-Reference.com and a number of other newspapers.

20 Cafardo, “It Was Just Like Old Times as Tomberlin Pitched In.”