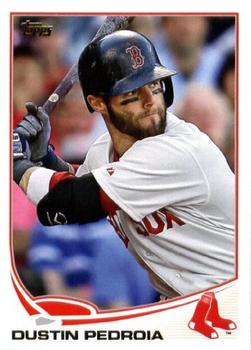 In the third game of a four-game Memorial Day weekend series, the Boston Red Sox mounted a late comeback to secure a win against the visiting Cleveland Indians. Despite the damp conditions, the Red Sox continued their determined drive through the American League, snatching their eighth win in their last 11 games. The Saturday afternoon contest was no one’s idea of an artistic masterpiece, but the Red Sox rallied for four runs in the bottom of the eighth to escape with a 7-4 win. The rally was very much a reflection of the dogged, no-quit attitude that had characterized the team from the start of the season.

The series marked the first time that former Red Sox manager Terry Francona had been back in a Fenway dugout since his departure in the aftermath of the team’s collapse down the stretch in 2011. The Red Sox squad he faced now was very different from the one he had left. Indeed, while stalwarts like David Ortiz and Dustin Pedroia continued to anchor the team, and southpaw Jon Lester, who started the game, was the leader of the revamped pitching staff, newcomers had energized the team after the dismal 2012 season.

Determined to represent the city’s strength and resilience after the Boston Marathon bombings in April, the team up to that point had far exceeded expectations.1 Indeed, it was only one game behind the New York Yankees in the AL East entering the game. Cleveland trailed the Detroit Tigers by a half-game in the AL Central.

Lester, who entered the contest with a record of 6-1, struggled in the early going, giving up a run in the first when Nick Swisher’s two-out double scored Asdrubal Cabrera from first. Indians starter Scott Kazmir also struggled in the first but was able to escape without a run. He pitched around walks to Jacoby Ellsbury and Ortiz, getting Mike Napoli to fly out to center with two on and two out to end the threat.

Lester got through the second, giving up only a single. The Red Sox evened things up in their half of the inning when, after Daniel Nava and David Ross struck out, Jose Iglesias reached on an infield hit and Kazmir balked him into scoring position. Pedro Ciriaco’s single to right brought Iglesias home. Ellsbury ended the inning by flying to center.

But Lester could not keep things even. The Indians tagged him for a pair of runs during a wild third that included a walk, a hit batsman, an error, a double, and two singles. He was saved from further damage by his defense when Cabrera was thrown out at the plate by Jonny Gomes while trying to score on a hit by Cabrera. Lester ended the threat and the inning by striking out Yan Gomes with two runners in scoring position.

That strikeout seemed to turn things around. The veteran southpaw got through the fourth and fifth innings with no further damage, giving up a hit in each frame. He then cruised through a one-two-three sixth. Meanwhile, the Red Sox scratched out single runs in the fourth and sixth to tie the game, 3-3.

But Lester’s early struggles, not to mention the weather, appeared to finally take their toll in the top of the seventh. With one out, consecutive singles by Mike Aviles and Cabrera put men on first and third. After Cabrera stole second with two out, Lester unleashed a wild pitch that allowed Aviles to score the Indians’ go-ahead run. Lester struck out Mark Reynolds to strand Cabrera at third, but his outing was over with the Indians leading 4-3.

The Red Sox failed to score in the seventh, while Junichi Tazawa, in relief of Lester, retired the Indians in order in the top of the eighth.

With the rain falling, the Red Sox, as they had been doing all season long, battled back in their half of the eighth against Vinnie Pestano. Ciriaco doubled to left center with one out. When Ellsbury struck out swinging for the second out, it looked as though the threat would die. But Mike Carp, hitting for Jonny Gomes, jumped on the first pitch and hit a double to left that brought in Ciriaco with the tying run.

Pedroia’s double high off the left-field wall brought Carp home for a 5-4 advantage. In an effort to set up the force and avoid pitching to Ortiz, Francona ordered an intentional walk. Mike Napoli followed by drawing a walk to load the bases. Nava singled to shallow left field, scoring both Pedroia and Ortiz for insurance runs. The Red Sox carried their 7-4 lead into the ninth.

Red Sox skipper John Farrell turned to Andrew Bailey to preserve the victory. After giving up a leadoff single to Michael Bourn, the right-hander retired Jason Kipnis, who was pinch-hitting for Drew Stubbs, as well as Aviles and Cabrera to secure the Red Sox’ come-from-behind win. The victory kept them only one game behind the Yankees in the AL East race.

The Red Sox also won the final game of the series, giving them three wins in four games against their fellow American League contender. As the season progressed, the Indians continued to respond well to Francona’s leadership, ultimately finishing at 92-70, only one game back of the Tigers and good enough for a wild-card spot. While they lost to Tampa Bay in the wild-card game, they were laying the foundation for an eventual trip to the 2016 World Series.

Meanwhile, the Red Sox continued on what became a magical season. After winning the division, they dispatched the Rays and the Tigers to win the American League crown. With Lester winning two games against the Cardinals, the Red Sox won their third World Series championship in 10 years, bringing to a joyous end a season that after beginning in the shadows of the Boston Marathon bombing defied the preseason prognosticators who saw little reason to believe that the team would be much better than the previous season’s cellar dwellers. Instead, it had mounted a historic turnaround, a testament to the team’s drive and determination. Boston Strong indeed!