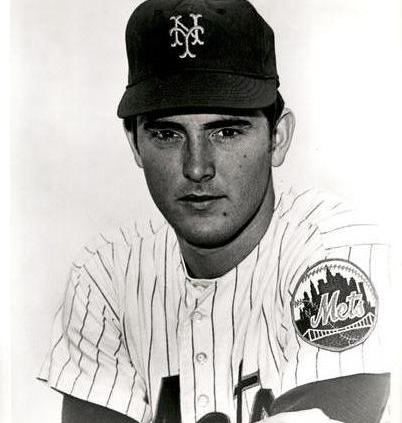 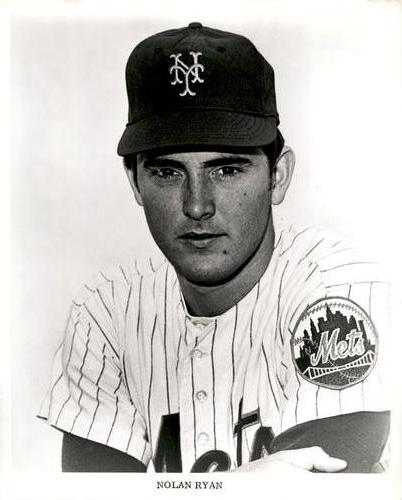 When Nolan Ryan struck out 16 batters in the second game of a 1971 Mets-Padres doubleheader, a trade seemed as unlikely as fictional TV news producer Lou Grant transforming from gruff to cuddly in Mary Tyler Moore, an iconic sitcom of the era. But the unthinkable happened about 6½ months after Ryan’s May 29 drubbing of San Diego’s lineup — the Mets traded “The Ryan Express” to the California Angels for infielder Jim Fregosi.

Ryan’s dominance against the Padres resulted in a four-hit, 2-1 victory and improved his record to 6-1; it was 10-14 at the end of the season. Tom Seaver’s 10-strikeout performance in the first game secured a 5-1 triumph.

Ryan started the bottom of the first inning by walking rookie shortstop Enzo Hernandez, then got two consecutive outs: San Francisco export Don Mason’s strikeout and Cito Gaston’s 6-3 grounder. Instead of focusing on Ollie Brown at the plate, the Texas native focused on Hernandez and twice attempted a pickoff. Though not a highly significant threat to steal, Hernandez swiped 21 bases with the ’71 Padres. So there was cause for concern if not worry. Brown led the team in batting average with a .273 average.1

On the second pickoff try, first baseman Ed Kranepool made one of his two errors that season when he couldn’t find the baseball. It put the swift Hernandez on third instead of second; Ryan gave up the Padres’ only run when Hernandez scored on a wild pitch, one of six WPs in 1971 for the Mets fireballer. Nate Colbert, the Padres’ leader in games played (156), furthered the momentum by drawing a walk.

San Diego, a 61-100 team in ’71, looked ready to take on the mighty Mets and make people forget about the loss in the first game of the doubleheader. But Brown struck out, ending the sequence.

From that point on, Ryan dominated like a conquistador taking over a new territory in the Age of Discovery.

San Diego’s defense was splendid. Hernandez prevented a hit by Bob Aspromonte in the fourth inning with a “spinning play behind second base.” Third baseman Ed Spiezio showed his fielding chops with “a backhand stop” on Jones’s fifth-inning grounder. Gaston fled like Mercury to make “a stunning over-the-shoulder catch” when Agee whipped a ball 400 feet in the sixth.2

New York’s offense didn’t score its first run until the fifth inning, when Shamsky hit a solo blast. By that time, Ryan had added five strikeouts to his tally. He brought the total to eight when he struck out Phoebus in the bottom of the fifth.

In the bottom of the sixth, Padres fans from La Jolla to La Mesa elevated their hopes when Ryan walked Hernandez and Mason to start the inning, then faced the heart of the San Diego lineup. He bore down, striking out Gaston, Colbert, and, for the second time, Brown.

New York got its second run in the top of the seventh. After Phoebus walked Foli, Shamsky cracked a double, and second baseman Mason’s error allowed Foli to score and Shamsky to go to third. Padres skipper Preston Gomez called in righty Al Severinsen for relief, one of 59 appearances in 1971. Jones got on base with a fielder’s choice to Mason, who nabbed Shamsky at the plate. His effort to further the offense came to naught when part-time backstop Fred Kendall threw out the left fielder on a steal attempt. Severinsen secured San Diego with Kranepool’s flyout to right fielder Brown.

Ryan added strikeouts 12 and 13 in the bottom of the seventh — left fielder Ivan Murrell and Kendall went down swinging. Gomez sent Angel Bravo to pinch-hit for Severinsen in the eighth; Ryan whiffed him and Gaston followed with his second strikeout.

In the top of the ninth, southpaw Dick Kelley substituted for Severinsen. He handled his Mets with Foli’s foulout to Colbert, Shamsky’s grounder to first, and Jones’s strikeout.

Hope resurrected on the San Diego bench when Colbert crushed a ball to left field; Jones earned a place on Ryan’s 1971 Christmas card list when he made a diving catch to prevent an extra-base hit. Gomez praised, “If you see that catch in the World Series, you talk about it for years. It was as good as the one Ron Swoboda made against Baltimore; as good [as] the one Agee made.”3 Gomez also noted that Jones being a lefty was a highly significant factor in making the play.4

Brown’s one-out single kept the Padres’ chances afloat. But Ryan struck out Murrell for the second time in the game and got Spiezio out on a grounder to Foli.

San Diego’s effort was valiant though ineffective — not one Padre registered a “caught looking” strikeout. They came; they swung; they missed. Ryan’s showcase inspired a comparison to Sandy Koufax because both moundsmen threw high pitches. “The ball comes in and looks like it’s going to be a strike and then because of the velocity, it rises, but the batter has to swing anyway,” explained Gomez.5

The Mets’ doubleheader victories with 26 strikeouts might have inspired fans to think of Seaver and Ryan as baseball’s next legendary pitching duo. The Ryan-Fregosi trade ended those prophecies.

Not only did the Seaver-Ryan combo tie a major-league strikeout record for a doubleheader, the teams’ 41 strikeouts also tied a record achieved the previous September in a Mets-Phillies twin bill. In those contests, the Mets batters totaled 26 strikeouts.6