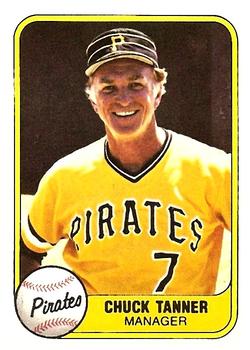 The Pittsburgh Pirates outlasted the Atlanta Braves 17-9 in the rubber match of a three-game series at Atlanta-Fulton County Stadium on May 9, 1979, a game in which the 26 hits, 10 walks, and 26 runs scored (10 unearned) were not the only notable numbers. The sloppy, beanball-marred slugfest also included five errors, three passed balls that resulted in as many runs, five ejections, four players hit by pitches, two near-brawls, and two protests. Substitute umpires, used by the major leagues during the ongoing umpires’ strike, turned the game into a fiasco through questionable calls and poor game management. In fact, things became so bad in the fifth inning that the game devolved from a tightly contested struggle into an all-out war between the Pirates, Braves, and umpires.

The high-scoring tone of the game was set immediately as the Pirates jumped on Braves knuckleballer Phil Niekro for three runs in the first inning, the last of which came on a solo home run by former Brave Bill Robinson. The Braves returned the favor with a three-run frame of their own off Pirates starter Don Robinson in the bottom of the second inning and captured their first lead with another run in the third inning. Bill Robinson responded with his second solo home run off Niekro to lead off the top of the fourth. That tied the game at 4-4. Atlanta took a 5-4 lead in the bottom of the fourth, but then the Pirates scored three in the top of the fifth to continue the pattern of lead changes and ties that the game would follow into the seventh inning. It was not long, however, before the number of runs scored was not the only aspect of the game to create excitement among the players and the 6,855 fans.

The chaos began in the bottom of the fifth inning as the Pirates were clinging to a 7-5 lead. Pirates reliever Ed Whitson wrapped two walks around one out before the next batter, Niekro, swung at a pitch that hit him on the right shoulder. After a trainer tended to Niekro, home-plate umpire Hank Rountree — an obstetrician turned substitute umpire — awarded him first base because he thought Niekro had been squaring around to bunt when the pitch hit him.

Pirates manager Chuck Tanner stormed out of the dugout and began a fray that lasted more than six minutes during which arguments broke out all over the field. Tanner disputed with Rountree; shortstop Tim Foli argued with first-base umpire Dick Tremblay, the only professional umpire on the crew, and Pirates coach Joe Lonnett took up the issue with third-base umpire Ed Norris. Tanner went into a complete conniption after Tremblay affirmed Rountree’s call and was ejected by Rountree while Norris threw out Lonnett simultaneously.

In his postgame conference, Tanner asked, “If he didn’t swing, how could the ball hit a right-handed hitter on the right shoulder?” He also declared the call a “disgrace” and asserted of Rountree, “He needs glasses.”1

After the tumult over Rountree’s decision had died down, but before the next batter could hit, Lonnett jogged back out to Rountree to inform him that the Pirates were playing the remainder of the game under protest. Two batters later, Gary Matthews hit a grand slam off Whitson that gave the Braves a 9-7 lead.

Once the chaos had begun, it continued apace with the number of runs scored in the game. In the top of the sixth, with one out, Craig Skok walked Phil Garner and pinch-hitter Lee Lacy and surrendered an RBI single to Omar Moreno. Skok then plunked Foli, who had scored runs on passed balls in both the first and fifth innings, to load the bases. The Pirates tied the game when pitcher Bruce Kison, pinch-running for Lacy, scored on a groundball force out at second base. At the same time, Braves manager Bobby Cox lodged a protest of his own after he claimed to have seen both Tanner and Lonnett still standing in the back of the Pirates’ dugout even though they had been ejected.

Both the scoring and bickering continued in the seventh inning. The Pirates retook the lead in the top half of the frame when Robinson scored his third run of the night on Garner’s single off Gene Garber. In the bottom of the inning, second-base umpire Andy Anderson ruled that second baseman Rennie Stennett’s foot had been off the bag on the front end of what would have been a double play and called the runner safe at second. Stennett jumped in front of Anderson to argue the call but accidentally stepped on the umpire’s foot, an unfortunate mishap for which he was ejected. Anderson explained later, “He didn’t have to say anything. He put a hole in my shoe.”

The Pirates held a 10-9 advantage entering the ninth inning when the game spiraled even further into chaos. After Garber recorded a quick out, Ed Ott and Dale Berra reached base on a pair of Braves infield errors. Garber then hit Garner with a pitch to load the bases, and an unlikely single by stringbean Pirates reliever Kent Tekulve scored Ott. Berra was forced out at home on Moreno’s grounder to first, but Foli followed with a two-RBI base hit that extended the lead to 13-9.

Garber’s frustration became apparent when he hit Dave Parker, the eighth Pirates batter of the inning, and again loaded the bases. An incensed Parker charged at Garber and later admitted, “When I started out there I wanted to punch his lights out, but as I got closer I cooled down.” Parker explained that he and Garber had been teammates in winter ball one year and that was why he had just grabbed him and asked, “What’s the matter with you?” Though both benches cleared, a brawl was avoided, but Rountree still ejected Parker. After Matt Alexander entered the game as Parker’s pinch-runner, Atlanta-born John Milner stepped to the plate and hit a grand slam.

Milner’s homer capped the scoring and gave the Pirates a 17-9 lead that belied how tight the game had been up to the final inning, but the hostilities were not yet at an end. In the bottom of the ninth, the Braves’ Barry Bonnell was on second with two outs when a Tekulve pitch brushed back pinch-hitter Rowland Office, who threw off his batting helmet and walked toward the mound as both benches cleared. Once again, a brawl was avoided, and once again a player — Office — was ejected. After walking pinch-hitter Charlie Spikes, who was now batting for the just-ejected Office, Tekulve struck out Jerry Royster to end the 3-hour 42-minute game and its shenanigans.

The “Battlin’ Bucs” had certainly lived up to their nickname on this night. Pirates vice president Harding Peterson approved of the message Tekulve had sent to Office via his ninth-inning brushback pitch, saying, “I was glad to see it. You can’t let other teams throw at our guys and let them get away with it. I was glad to see Tekulve pitch that way.”

After a game that “lacked only sanity,” the consensus among the Pirates was that the umpires had lost control of the game. Stennett remarked, “I wish [Commissioner] Bowie Kuhn [who had been in attendance early in the game] would have stayed and watched that,” and Ott asserted that “It was the worst example of umpiring I ever saw.” Everybody from both the Pirates and Braves may well have concurred with Parker, who said, “I want to donate to help get the professional umpires back.”

Youtube.com; the bottom part of the fifth inning can be seen at: youtube.com/watch?v=wTscNRd2g3E.

1 All direct quotations used in this article were taken from Dan Donovan, “Pirates Conquer Braves, Beanballs, Umps,” Pittsburgh Press, May 10, 1979.