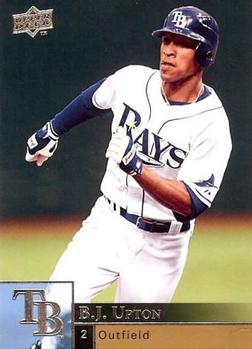 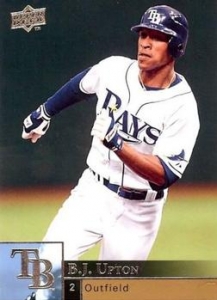 The New York Yankees were runaway winners of the American League East Division in 2009. Entering the final weekend of regular-season play, they had won seven of their last eight games, giving them 102 victories for the season. New York was hoping to build on its momentum for the playoffs in a three-game series against Tampa Bay. The Rays, who had won the AL East a year earlier and advanced to the World Series before losing to the Philadelphia Phillies, had won four of their previous five games and held third place in the division (although they were 20 games behind the Yankees in the standings and eliminated from postseason contention). The first game of the series took place on October 2 at Tropicana Field, and the crowd of 22,704 witnessed a historic event, when Melvin “B.J.” Upton became the first Tampa Bay batter to hit for the cycle.

A pair of talented lefties faced off on the mound. Rookie David Price1 was named as the Rays’ starter and sported a 9-7 record with a 4.60 ERA. New York countered with C.C. Sabathia (19-7,  3.21 ERA), who was in his first season with the Yankees. Sabathia had won nine of his past 11 starts (two no-decisions) and was seeking to become both the first 20-game winner in the majors in the 2009 season (also his first time in his career to reach the 20-win plateau) and first Yankees hurler to get to 20 wins since Tommy John in 1979.2

In the first inning, Price retired the first two New York batters before hitting Mark Teixeira on the hand with a fastball. Teixeira was knocked down, but he got up and trotted to first base.3 After the game, he said, “It didn’t get me too solid.”4 Alex Rodriguez flied out to deep center for the third out.

Jason Bartlett started the hit attack against Sabathia in the bottom of the first with a single up the middle. On Sabathia’s first pitch to Carl Crawford, Bartlett stole second. Crawford reached on a rare error by first baseman Teixeira, putting runners at the corners. Evan Longoria walked to load the bases, and Sabathia was in a jam with no outs. He almost got out of it, retiring Ben Zobrist on a lineout to second and Willy Aybar on a pop foul to Teixeira. Then Gabe Kapler worked a full count before gaining a walk and a run batted in. That brought up Upton.

Upton had struggled at the plate all season. After batting .273 in 2008, he had undergone offseason shoulder surgery and, in 2009, had problems finding his rhythm at the plate. He came into this game batting .236 with a meager .306 on-base percentage.5 His luck was about to change. Upton lined the first pitch from Sabathia into right field, and the ball went past a diving Nick Swisher and rolled to the wall for a bases-clearing triple. The Rays led 4-0; all the runs were unearned.

Swisher led off the second for New York with a walk. After Jorge Posada struck out, both Robinson Cano and Melky Cabrera singled, and Swisher scored the Yankees’ first run. The Rays responded in the home half. With one out, Sabathia walked Bartlett. Crawford doubled to right. Longoria walked again, this time intentionally, to load the bases for the second time in the game. Zobrist rolled a weak single past Rodriguez at third. Bartlett scored easily, but Crawford was thrown out trying to score from second. Aybar struck out, but Tampa Bay had again established a four-run lead.

Price retired the Yankees in order in the third, bringing the Rays back to bat. With one out, Upton doubled to left. Dioner Navarro walked and Fernando Perez drove Upton home with a single. Sabathia hit Barlett with a pitch and, for the third consecutive inning, the Rays had the bases loaded. Crawford struck out swinging, but Longoria lined a single to center, plating Navarro and Perez. Zobrist swung at Sabathia’s first pitch and deposited it into center for an RBI single. With the score 9-1, Sabathia was replaced by reliever Jonathan Albaladejo.

An inning later, Kapler led off with a single and Upton blasted his 11th home run of the season.

In the fifth frame, David Robertson came on to pitch for the Yankees. After retiring the first two batters he faced, he yielded a double to Kapler. Upton then singled to right. As Kapler scored, fans gave Upton a standing ovation while his teammates cheered from the dugout’s top step. It wasn’t about the Rays’ 12th run; Upton had just hit for the cycle. After the game, Upton told reporters, “It was definitely comforting. We’re a family together here. We stick together. To get that kind of applause feels good.”6

With the game out of reach, both teams made wholesale changes in their lineups in the sixth and seventh innings. Several rookies who had been called up as rosters expanded were given valuable playing time. Dale Thayer relieved Price in the eighth inning. Jose Molina greeted him with a single, and then Juan Miranda belted his first career home run, over the right-field wall. It was the 242nd home run of the season for New York, tying its franchise record from 2004.7

Upton led off the bottom of the eighth with a line-drive single to left. He advanced to second base on Navarro’s single and scored on Reid Brignac’s double down the right-field line. The Yankees added a run in the final frame on singles by Brett Gardner and Ramiro Peña. The final score was Tampa Bay 13, New York 4.

With his 5-for-5 performance, Upton also knocked in six runs (that matched his total from his previous 14 games). That was one run shy of the Rays record for the most RBIs in a game.8 When reporters pointed out that Upton’s mother, Yvonne, was in the stands, he responded, “I might have to bring her back.”9

Price won his 10th game of the season, allowing just two hits over seven innings. Tampa Bay had sent 48 batters to the plate. The Rays’ rout of the Yankees stopped what could have been a special night for Sabathia, preventing the New York ace from picking up his 20th win of the season. Instead, the left-hander “end[ed] his superb debut season in pinstripes with a big, fat clunker.”10 It was the $161 million left-hander’s second shortest outing of the season, as he allowed nine runs (matching a career high), eight hits and five walks in 2⅔ innings pitched. The big blow was Upton’s bases-clearing triple. Sabathia admitted, “I was all over the place from pitch one. No command of the fastball, the changeup wasn’t there; I didn’t have the stuff.”11 The only good news was that Sabathia got to pitch again in 2009, making five starts (winning three) in the postseason as the Yankees won the American League Division Series, the AL Championship Series and the World Series.

In addition, Upton became the eighth player to hit for the cycle in 2009, tying a major-league record set in 1933.12 It took him only five innings.13

1 Price was the first overall pick in the June 2007 draft by the Rays.

2 Only Sabathia and Adam Wainwright (St. Louis Cardinals) had shots at the 20-win milestone, but both pitchers missed out. Sabathia lost and Wainwright had a no-decision.

3 Teixeira batted again in the third inning, grounding out to the pitcher, but he departed the game after the inning, replaced by Nick Swisher at first base. Eric Hinske entered the game to play right field for Swisher.

13 The only player to accomplish the cycle faster was Colorado’s Mike Lansing, who needed only four innings on June 18, 2000.