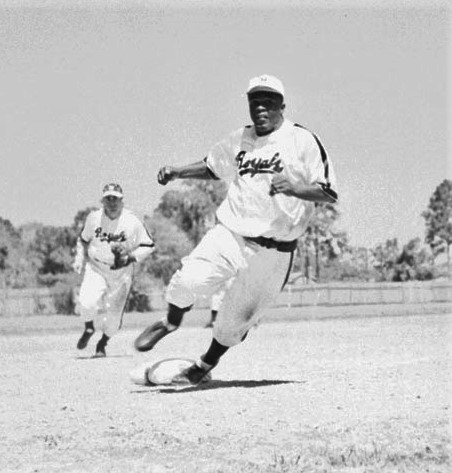 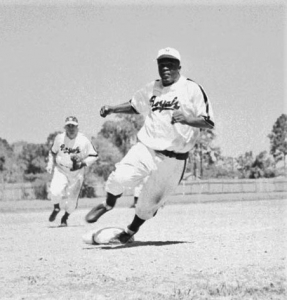 In December of 1945, several weeks after the signing of Jackie Robinson was announced, Branch Rickey tapped Mississippi native Clay Hopper as manager of the Montreal Royals.1 The hiring made a lot of sense. Not only was Hopper, who had managed minor-league teams for Rickey since 1929, a trusted field general, but he was a Southerner, which would make it less likely that Robinson’s White teammates would refuse to play alongside him. As it turned out, none did.

After guiding Montreal to the International League championship, Hopper had his club in a dogfight with the Louisville Colonels of the American Association for the 1946 Junior World Series. Prior to Game Five, with the series tied at two games apiece, Royals President Hector Racine announced to the crowd at De Lorimier Stadium that Hopper would be back as manager in 1947.2 The skipper had good reason to celebrate on that day since it was also his 44th birthday.

Hopper made the bold decision to start his staff ace, Steve Nagy, on two days’ rest. The Royals left-hander had been bombed by the Colonels in his Game Three start, lasting only 2⅔ innings in a 15-6 loss. Nagy had also been battling a sore arm during the previous month, and the injury had forced him to miss his start in Game Five of the International League semifinals against Newark. His 17 regular-season wins had tied him for the league lead, and after earning two more wins in the postseason, he was looking for his 20th win of the year.

Louisville countered with 24-year-old Jim Wilson, the losing pitcher in Game One of the series. The hard-throwing right-hander pitched for the 1945 Boston Red Sox until his season was cut short when he suffered a fractured skull on a ball hit off the bat of Hank Greenberg. Although his brain surgeon suggested that he would never pitch again, Wilson proved him wrong. He began the 1946 season with the Red Sox before being sent down on May 8 to Louisville, where he posted a solid regular-season ERA of 3.02.

The Royals got to Wilson for a single run in each of the first three innings of Game Five. With one out in the bottom of the first, Robinson pulled a double down the left-field line, and the next batter, Tommy Tatum, drove him in with a solid single to center field.3 Marv Rackley brought home another run with a fly ball in the second inning, and Dixie Howell smacked an RBI double in the third.

Nagy struggled with his control all game, but he managed to find a way out of several jams. He loaded the bases on two walks and a hit batsman in the top of the fifth inning before walking Jim Gleeson to force in a run. Fortunately for the Royals, Nagy kept the damage to a minimum by getting Al Flair to pop up to third baseman Lew Riggs to end the inning with the bases loaded. The Colonels got to Nagy in the top of the seventh inning, however, as they scored a pair of runs on an RBI single by Al Brancato and an RBI double by Gleeson to tie the game, 3-3.

Robinson led off the home half of the seventh by blasting a triple to the light tower in left-center field.4 Although a medium-depth fly ball would have been enough to score the speedy Robinson, neither Tatum nor Les Burge could get the job done, with Wilson retiring them both on popups for the first two outs of the inning. The next batter, Riggs, a 10-year major-league veteran, slammed a clutch double to right field to score Robinson with the go-ahead run.

Nagy issued his sixth walk of the game to start the top of the eighth inning. Hopper called for Chet Kehn, the winning pitcher in Games One and Four, to relieve Nagy, and the right-hander quickly retired the side to protect the one-run lead. In addition to Kehn’s assistance, Nagy also benefited from three double plays behind him, all of which involved Robinson.

The Royals added an insurance run off 37-year-old Harry Kimberlin in the eighth inning. With two out and Al Campanis on third, Robinson surprised third baseman Brancato by laying down a perfect bunt that he beat out easily for his third hit of the game. Campanis scored on the play, putting Montreal ahead by a score of 5-3.

Kehn returned to the hill for the ninth inning. With Johnny Welaj on first and Louisville down to its last out, Kehn faced the veteran slugger Gleeson. The Colonel’s right fielder drove the ball to right field and came within inches of tying the game, but the ball struck the top of the fence for a double, and Welaj was held up at third base. Kehn had new life, and he took advantage of his second chance by inducing Flair to ground out to end the game, giving the Royals a 3-2 series lead.

Montreal clinched the series the next night, with 43-year-old Curt Davis tossing a complete-game shutout in a 2-0 victory that gave the Royals their first Junior World Series title since they began play in 1897.5 Robinson contributed two more hits, turned two key double plays, and helped snuff out a rally in the fourth inning by converting a hard smash that deflected off first baseman Burge into a stellar 3-4-1 putout.6

The 19,171 Montreal fans in attendance for Game Six celebrated wildly after the final out was made, and a scene unfolded unlike any other in Montreal sports history. The Royals retreated quickly to their clubhouse as fans descended onto the field. Refusing to leave the ballpark, fans began chanting for their heroes to emerge for a curtain call. First Hopper and then Davis returned to the field and were “chaired” around the infield on the shoulders of supporters. Still unsatisfied, the crowd began to chant Robinson’s name. The ushers, wanting to appease the fans so they could close the ballpark for the season, urged Robinson to return to the field. Jackie, who was overdue to begin a barnstorming tour with the Jackie Robinson All Stars and had to hurry to catch a flight to Detroit, emerged in his street clothes and was mobbed by the adoring fans.7 As they carried him around the infield, tears of joy streamed down Robinson’s face.

He returned to the clubhouse and found that his path out of the ballpark was blocked by a couple of hundred admirers who were waiting for him in the hallway. Robinson finally made a run for it after all his teammates had left, and he managed to make his way past his devoted fans, only to be met by roughly 500 more outside. The crowd chased him for three blocks before Jackie hopped into a car that whisked him off to the airport. In describing the scene, Montreal Herald sportswriter Sam Maltin famously wrote, “It was probably the only day in history that a black man ran from a white mob with love instead of lynching on its mind.”8

The love was mutual. A few months later, Robinson described what was going through his mind that evening. “As my plane roared skyward and the lights of Montreal twinkled and winked in the distance, I took one last look at this great city where I had found so much happiness,” he recalled. “This is the city for me. This is paradise.”9

Rickey’s “Great Experiment” had come a long way since spring training when a handful of Royals exhibition games were canceled because of segregationist policies in the South and many doubted that Robinson had the talent to make the Montreal roster.10 Even The Sporting News predicted, “The waters of competition in the International League will flood far over his head.”11 Jackie made many of the naysayers look foolish. He won the batting title with a .349 average, tied for the league lead in runs scored (113), and finished second in stolen bases (40) despite missing 30 regular-season games.12 He also had the highest fielding percentage among regular IL second basemen even though he had never played the position before. He continued to excel in the postseason, batting .357 in the IL playoffs and .333 in the Junior World Series.

The four other African-Americans in the Dodgers’ minor-league system also had successful seasons in 1946. Pitchers John Wright and Roy Partlow, who both spent a portion of the year with Montreal, saw their fortunes improve with the Trois-Rivières Royals in the Class-C Can-Am League, and Roy Campanella and Don Newcombe starred with the Nashua Dodgers of the Class-B New England League.13 All three teams won their respective league championships. In one pivotal year, it had become apparent that the major-league color barrier would soon be broken.

1 The Montreal Royals announced the signing of Jackie Robinson at De Lorimier Stadium on October 23, 1945. It was a major news story that was widely reported across North America. Clay Hopper accepted the job as manager of the Montreal Royals in December, and so he very likely was aware at the time that he would be managing an integrated team.

2 Clay Hopper was later named Minor League Manager of the Year by The Sporting News.

4 The bottom portions of two light towers were in play at De Lorimier Stadium — one in right-center field and the other in left-center. Both were positioned just inside the home-run fence. The lighting system was installed in 1933, approximately five years after the ballpark was shoehorned into a relatively small city block.

12 Most of the games Robinson missed in 1946 were due to leg injuries. After Robinson had trouble eating and sleeping, a doctor recommended in late August that he take at least 10 days of rest. The team offered five. Worried that he would be accused of sitting out to protect his lead in the batting race, Jackie returned to the lineup after only three days of rest.

13 A sixth Black player, Canadian shortstop Manny McIntyre, also played in the minor leagues in 1946. McIntyre suited up for the independent Sherbrooke Canadians in the Class-C Border League. He hit .310 in 30 games with Sherbrooke.