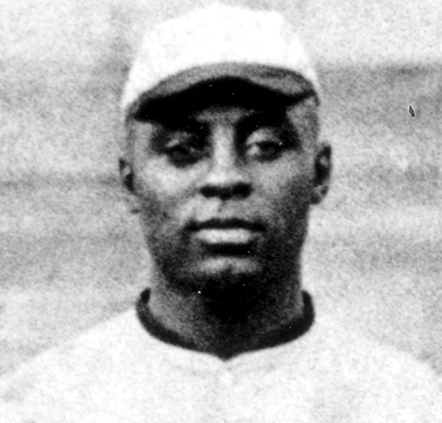 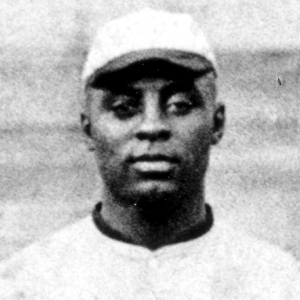 The series was billed as a clash between the “recognized strongest clubs in the two big leagues.”1 However, it was not the World Series, pitting the American League and National League pennant winners; rather, it was the Negro National League St. Louis Giants squaring off against the St. Louis Cardinals barnstormers in a scheduled six-game series that commenced the day after the close of the NNL and NL seasons in 1921.

The brainchild of Giants minority owner and general manager Charlie Mills, the series took place in Sportsman’s Park and served as a rematch from the previous season, when the teams split their four games, all of which were played at Giants Park. These two ground-breaking series marked the first time a White big-league club in the Gateway City took the field against Black competition. Living up to its billing, the first game showcased clutch hitting and pitching, with the Cardinals emerging victorious, 5-4 in 11 innings, on October 3. The clubs met again on the diamond, less than 24 hours later, for the second game.

The Cardinals barnstormers were skippered by third baseman Milt Stock, who had also handled the reins during the Cardinals’ three-week barnstorming tour in 1920. A hard-hitting squad, the third-place Cardinals (87-66) had led the NL with a .308 batting average and finished second behind the pennant-winning New York Giants in scoring (5.3 runs per game). Nine of their top 10 players (in terms of at-bats) hit at a .307 clip or better, but the league’s best hitter, Rogers Hornsby, once again did not participate in the barnstorming tour. Nonetheless, rising star Austin McHenry, whose .350 batting average and .531 slugging percentage ranked second to the Raj’s .397 and .639, and emerging slugger Jack Fournier (.343/.505, and 16 home runs) offered plenty of firepower.

Player-manager Dick Wallace’s Giants (43-31) produced the second-best winning percentage (.581) in the NNL but finished well behind league President Rube Foster’s Chicago American Giants (.667). Like the Cardinals, the Giants were vastly improved from the season before. One of the main reasons was the offseason acquisition of the league’s most electric player, Oscar Charleston. The 24-year-old five-tool player batted .433 with a .512 on-base-percentage and slugged .736; he knocked in 91 runs and scored 104 times in just 77 games. The Cardinals barnstormers remembered him from 1920, when he played the first two games of the series, on loan from the Indianapolis ABCs, and walloped a prodigious home run in his very first at-bat.2  In 1921 Charleston and teammate Charlie Blackwell, who slashed .405/.478/.670 and also averaged more than a run and an RBI per game, formed one of the most productive duos in baseball history, regardless of league.

It was a perfect, 60-degree Tuesday afternoon for baseball in the Gateway City. Though attendance is not known for this game, one might assume plausibly that the crowd approximated the 5,000 in attendance the day before. The St. Louis Argus, the city’s leading Black weekly, boldly announced, “Negroes who attend the games will be given the best seats in the Grand Stand.”3 This was the first time African Americans were permitted to occupy the covered grandstand at Sportsman’s Park, which remained segregated for major-league games until 1944. Nonetheless, Black and White patrons were confined to their own separate sections for the barnstorming series.

Taking the mound for the Cardinals was 27-year-old Jesse Haines, who led the club in victories (18) and innings pitched (244⅓) in 1921. Most remembered for a knuckler that he picked up in 1923, Haines was a fastball-curveball pitcher at this point in his career. As a rookie in 1920, he had pitched Game Two of the barnstorming series, holding the Giants hitless into the seventh inning and settling for a two-hit, 5-0 shutout.4 Wallace called on hard-throwing 28-year-old right-hander Jimmy Oldham (10-3), the club’s understudy to ace Big Bill Drake (17-11), who went distance in Game One.

It must have been strange for the Cardinals to bat in the top of the first inning in their home ballpark, but the Giants were considered the hosts, as well as organizers and primary promoters of the event.

Red-hot Jack Smith, who concluded the season on a tear, hitting .419 in his last 11 games to finish with a .328 batting average, led off by beating out a single, stealing second base, and moving to third on catcher Dan Kennard’s errant throw. Fournier’s single gave the Cardinals a 1-0 lead. After Stock whiffed and Fournier was picked off first, Germany Schulz doubled but was left stranded when McHenry whiffed.

The Giants tied the game in the second. The oldest starter in the game, 37-year-old Kennard, who batted .325 and donned the tools of ignorance, began the inning with a single, stole second and scored on Tullie McAdoo’s one-out single. After Oldham set the side down in order in the third, the Giants took the lead in the bottom of the frame. Blackwell smacked a leadoff double to right field and moved to third on Joe Hewitt’s sacrifice. Charleston fanned, then Blackwell raced home on Verne Clemons’ passed ball.

If the Cardinals had an Achilles’ heel in 1921, it was their defense. They committed 219 errors, third most in the NL. Shoddy fielding led to another Giants run in the fifth. Blackwell led off with a screeching grounder and raced to second on Schulz’s error. Primarily a right fielder, Schulz was pressed into duty given Hornsby’s absence. Doc Lavan, who led NL shortstops in errors (49) for the fourth time in seven years, committed one of his “costly bobbles,” lamented the St. Louis Star, muffing Hewitt’s grounder to put runners on first and third.5 Charleston clouted a double to right to drive in Blackwell for a 3-1 Giants lead.

Oldham “hurled a splendid game,” opined the St. Louis Globe-Democrat.6 After a jittery opening inning, he settled down and scattered six hits over the final eight innings. The Giants were clearly in control of the game as the Cardinals came to bat in the seventh; however, the Giants knew the sleeping Cardinals could awaken as they did they day before when they scored three runs in the eighth inning to tie the game. In this game, McHenry led off with a single, but was forced by Lavan, who then stole second. Clemons’ two-out single plated Lavan to pull the Cardinals to within one.

The Giants quickly responded in the bottom of the frame. Blackwell led off with a double and scored on Hewitt’s single to center. Described by syndicated sportswriter Harry M. Grayson as “one of the greatest ballplayers in captivity,” Charleston blasted a home run into the right-field bleachers to increase the Giants’ lead to 6-2.7

After the Cardinals and Giants traded singles in the eighth, Oldham breezed through the ninth, retiring McHenry on a grounder, Lavan on a fly out, and Pickles Dillhoefer on another grounder to secure the Giants’ 6-2 victory in 1 hour and 37 minutes.

“The setback,” exclaimed the St. Louis Star, “was a sad shock” to the Cardinal barnstormers and their fans.8 The paper blamed the players for being too confident that Oldham “would be easy picking.”

Each team collected nine hits, but the difference makers in the game played for the Giants. Blackwell smacked two doubles and scored three runs, while Charleston’s long home run was the highlight of the game. Oldham outpitched Haines and demonstrated for the second game in a row that the Negro National League was not just about offense.

After the game, the Cardinals traveled to Portage, Wisconsin, about 415 miles north of St. Louis, for a three-game series as part of the Columbia County Fair against the Brooklyn Nationals, a barnstorming team composed primarily of Robins players.9 After a game scheduled against a group of semipro players in Aurora, Illinois, on October 8, the Cardinals barnstormers were back in St. Louis to resume the series with the Giants with a doubleheader on Sunday, October 9.

3 “Cardinals May Use Haines in Monday’s Game Against Giants,” St. Louis Argus.