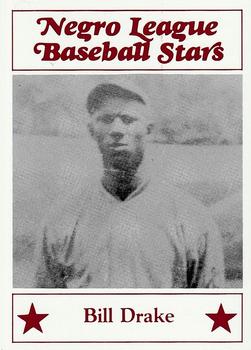 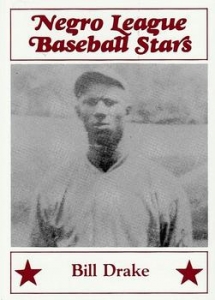 It was a groundbreaking event in White major-league baseball’s southernmost city when the Negro National League St. Louis Giants engaged the St. Louis Cardinals in the first game of a barnstorming exhibition series at Sportsman’s Park on October 3, 1921. The monumental series occurred just four years after Phil Ball, owner of the ballpark and the St. Louis Browns, had sabotaged the Giants’ attempt to lease Handlan’s Park, where Ball’s now defunct Federal League Terriers had played. “[W]hite fans, who have never seen the colored players, [could] learn that Negros [sic] excel in baseball as well as in the prize ring or on the athletic field,” declared the St. Louis Argus, the city’s leading Black newspaper.1

It marked the first time that a Black baseball team had played in the segregated steel-and concrete structure, located at the intersection of Grand Avenue and Dodier Street on the city’s north side.

The Giants (43-31) had the second-best winning percentage (.581) in NNL’s second season, though well behind Rube Foster’s Chicago American Giants (44-22, .667), who repeated as league champions.2 “Many of the Negro players are of major league capacity,” declared St. Louis Saturday Night about the Black ballplayers. “[S]ome of them would be stars in the majors if their color did not debar them from the highest places in baseball.”3

The Giants had two of those “stars.” Minority owner and business manager Charlie Mills had engineered a coup in the offseason by signing Oscar Charleston, who emerged as the league’s most dynamic player. Described by the St. Louis Saturday Night as the “Chocolate Babe Ruth,” the 24-year-old center fielder batted .433 with a .512 on-base percentage and slugged .736.4 Right fielder Charlie Blackwell slashed .405/.478/.670 to form one of the best duos in the history of professional baseball.

The Giants and Cardinals had engaged in a historic barnstorming series after the 1920 season. The teams split four games, all of which took place at the newly constructed Giants Park, located at 5800 North Broadway, about three miles north of Sportsman’s Park. It was the first time a White major-league team from St. Louis played a Negro League team.

A rematch between these two teams in a postseason barnstorming series seemed unlikely as the 1921 season came to a conclusion. According to the St. Louis Argus, it was “almost a futile effort” booking the game because the Cardinals demanded “one of the heaviest guarantees ever given a major league team” for an exhibition series.5 Mills’s determination was finally rewarded and a five-game series was announced; a sixth game was eventually added. The Cardinals and Browns, who had engaged in a seven-game preseason exhibition series at Sportsman’s Park in April 1921, had discussed a similar series for the postseason, but the Cardinals chose to play the Giants because of the lucrative deal.

All six games were scheduled for Sportsman’s Park, which was still segregated. It remained so until pressure of integration from World War II forced both the Cardinals and Browns to alter their seating restrictions, which had confined Black spectators into a section in left field. The Argus jubilantly noted in subheads, “Negroes Offered Best Seats in Grand Stand” and “Have Front Row Boxes and Entire Section Behind Giants Bench.”6 Races were not permitted to mix; nonetheless, these games offered African American fans their first opportunity to sit in the best seats in the most modern ballpark in the city.

The excitement was palpable among the Giants as they prepared for the first game at 3 P.M. on Monday, October 3, the day after the third-place Cardinals (87-66) finished their season, their best since joining the NL in 1892. “The Cardinals are not playing the Colored boys ‘cheap’ this year,” declared the Argus, as reports indicated that Jesse Haines would start for the Redbirds and not a recruit pitcher as in the previous year. (Those rumors proved, however, to be inaccurate.) Milt Stock once again served as player-manager for the Cardinals barnstormers; and it was likely that Cardinals GM-manager Branch Rickey was in attendance.7 The Cardinals’ potent offense, which led the NL in team batting average (.308) and finished second in runs per game (5.3), would be without the NL’s biggest star, Rogers Hornsby, and longtime ace, Bill Doak, the club’s highest-paid players with salaries reportedly of $10,000 and $12,500, respectively.

On an autumn afternoon with the temperature hovering around 60 degrees,8 the opener drew an estimated 5,000 fans with “equal number of white and Negro spectators,” noted the St. Louis Post-Dispatch.9 The “‘pill busters’ are in championship form,” gushed the Argus about the Giants, who had ended the NNL season by beating the Monarchs three times in four games in Kansas City.10

The Cardinals batted first against the Giants starter, 26-year-old right-hander Big Bill Drake, a robust workhorse who went 17-11 in 1921, completed 21 of 24 starts, and logged 223⅓ innings. Jack Smith led off with a single and was forced by Jack Fournier, who moved to third on Stock’s single. Germany Schultz’s grounder drove in the first run.

The Giants wasted no time against the Cardinals’ 28-year-old journeyman starter, Dixie Walker (11-12). Blackwell led off by beating out a single to first. Joe Hewitt’s grounder to Stock forced Blackwell. The team’s leader with 33 stolen bases, Hewitt swiped second as Charleston fanned, and then tied the game on Dan Kennard’s single. Blackwell showed his speed in the third, lacing a one-out single to center, stealing second on Hewitt’s punchout, and racing home on Charleston’s single to right. Kennard followed with another single, but Doc Dudley grounded out, stranding both runners.

While Big Bill Drake mowed down the Cardinals, Walker was “pounded viciously,” reported the Globe-Democrat.11 After leaving a man stranded on third base in the fourth and fifth innings, the Giants erupted in the seventh. Blackwell led off with a towering home run over the center-field fence, sending the Black patrons into euphoric applause. As an encore, Blackwell went to the cheering crowd behind the Giants bench and passed his cap around to the fans so that they could fill it with money.12 Walker plunked the next batter, Hewitt, who stole second after Charleston popped up. The game’s oldest starter, whose .320 batting average belied his 37 years, Kennard singled to drive in Hewitt and give the Giants a 4-1 lead.

The “Giants looked like sure winners for seven innings,” commented the St. Louis Star.13 Jack Smith led off the Cardinals eighth with a walk and subsequently scored all the way from first on Fournier’s single on a hit-and-run. Fournier advanced to second on Charleston’s throw home. Blackwell muffed Stock’s fly to permit Fournier to score. The Post-Dispatch mocked Blackwell, reporting that the crowd groaned, “Give dat money back.”14 After Stock stole second, he tied the game when Schultz’s grounder bounced of Hewitt’s shins. Schultz stole second, but was stranded.

The Giants threatened in the eighth. Tullie McAdoo led off with a walk. George “Mule” Scales singled, but a perfect throw by right fielder Pickles Dillhoefer, the club’s backup catcher, nailed McAdoo at third base. Scales moved to third on Eddie Holtz’s single, but Drake fanned and Blackwell flied out to end the inning.

Tied 4-4, the game went into extra innings. St. Louis rookie Bill Pertica (14-10), in his second inning of relief, walked Dudley to lead off a tension-filled 10th. McAdoo hit into a force, then raced to third on Scales’ single. Scales took second on center fielder Smith’s throw home. Going for the victory, manager Dick Wallace called on Sam Bennett to pinch-hit for Holtz, batting just .176. Schultz fielded Bennett’s grounder to second and threw home to erase McAdoo at the plate in the game’s most decisive defensive play.

The Cardinals played small ball in the 11th to take the lead. With Drake still on the mound, Doc Lavan led off with a single, moved to third on a sacrifice and a fly out, and scored on Pertica’s single. The Cardinals loaded the bags on Smith’s single and Fournier’s walk, but Stock flied out to end the inning.

Facing the heart of the Giants batting order, Pertica fanned Blackwell, walked Hewitt, then fanned Charleston. He retired Kennard on a lazy fly out to Dillhoefer to give the Cardinals barnstormers a 5-4 victory in 3 hours and 22 minutes.

Despite the loss and Drake’s complete game, the Giants “displayed real class,” declared the Argus, outhitting the Cardinals 13-12, but committing two crucial errors.15 The Giants left 12 men on base; the Cardinals 10 in an action-packed contest. Pertica, who surrendered just one hit in three innings of relief and knocked in the game-winning run, was one of the stars of the show. Both Blackwell and Kennard had four hits to lead all batters.

In about 20 hours the two teams were back on the field for the second game of the barnstorming series.

2 All NNL records and season statistics for NNL players are courtesy of Seamheads.com.

5 “Cardinals May Use Haines in Monday’s Game Against Giants.”

6 “Cardinals May Use Haines in Monday’s Game Against Giants.”

9 “Makes Home Run, Then Takes Up Collection,” St. Louis Post-Dispatch, October 4, 1921: 2. The Cardinals had averaged just over 4,900 spectators per game at Sportsman’s Park during the regular season.

10 “Cardinals May Use Haines in Monday’s Game Against Giants.”