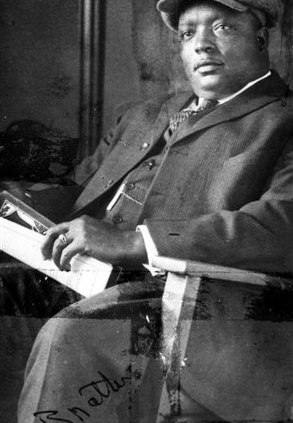 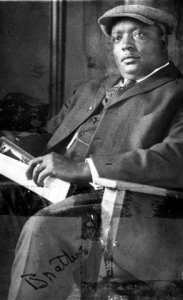 After the Negro Leagues ended their regular seasons, October was an excellent time for league teams to go barnstorming, untethered from their home cities and hopping from location to location to squeeze the last gate receipts from the season before cold weather and football put an end to the baseball year. The Chicago American Giants, having conquered the Negro National League for the second straight season in 1921, set out for an Eastern swing of 18 games against two key rivals — Hilldale of Philadelphia and the Atlantic City Bacharach Giants — that October. Both were associate members of the NNL, meaning that they could not compete for the title, but could schedule games with league teams.

The American Giants were a good draw — they had just won the second championship of the NNL, which had been organized primarily by their owner and field manager, Andrew “Rube” Foster. His team had also won the first NNL pennant, in 1920, and would win the third, in 1922, as it became established as one of the best Black major-league teams ever. But the Eastern clubs that Foster’s men were coming to play were no pushovers, each having achieved a record of better than .500 against major-league-level Black teams in 1921. Hilldale was particularly impressive, with 28 wins, 18 losses, and a tie, a .609 winning percentage. The American Giants had gone 44-22-2 in the NNL, a .667 win rate.

A matchup like this was best played in a large venue to accommodate as many paying fans as possible. Hilldale owner Ed Bolden had obliged, renting the Philadelphia Phillies’ Baker Bowl for the October 4 opener of the six-game set between the two teams. The last-place Phillies of the National League were finished with it for the year after a season-ending Saturday doubleheader split with New York on October 1. A reported 10,000 fans, more than had come to see the last Phillies’ games, were in the stands for the American Giants’ game against Hilldale, even though it was scheduled for a Tuesday afternoon.1

The American Giants, despite their outstanding won-lost record, had not been a particularly good hitting team in 1921. The team batting average of .242 wasn’t impressive, and the Giants’ 4.9 runs-per-game average was less than those of the three teams that finished right behind them. The starting lineup included only two .300 hitters, although one of them was future Hall of Famer Cristóbal Torriente, who batted .352. When Chicago batters got on base, though, they made the most of it — the team had a lot of speed. The Giants’ offensive shortcomings were made up for by the pitching staff whose 4.2 average runs given up per game was the best in the NNL, and the defense, with a runs saved above average second in the league.2

Hilldale, at least on paper, would seem to have been at least Chicago’s equal. The team hit .288 that season, and its pitching staff had a 3.26 ERA. Hilldale averaged 5.9 runs per game, well above Chicago’s average, and its pitching and defense were about as effective as those of the Giants, giving up only 4.3 runs.3 The Philadelphia team’s offensive standout was catcher Louis Santop, who hit .365 and went into the Hall of Fame in 2006, the same year as Torriente. On October 4, though, Santop wasn’t in the starting lineup, making only an unsuccessful pinch-hitting appearance. His absence likely swung things in Chicago’s direction in more ways than one.

The game started out close — in fact, after a lively first inning, it was tied, 2-2, with each team showing its strengths. With one out in the top of the first, Chicago shortstop Bobby Williams and second baseman Bingo DeMoss singled off Hilldale left-hander Willis Flournoy, and then took second and third on a double steal. Torriente, the center fielder, chopped a grounder to first that scored Williams, and left fielder Jimmie Lyons singled in DeMoss. Lyons then stole second. (There were a reported 10 steals off Hilldale reserve catcher Jim York and, presumably, Flournoy, tasked with holding the runners close.)4 But Lyons was picked off shortly thereafter to end the inning.

The Giants scored the eventual winning runs in the fourth. Torriente, a left-handed batter, launched a home run that the Chicago Defender’s sportswriter reported as out of the park, onto North Broad Street behind the right-field wall. (There were no right-field bleachers due to the proximity of the street.) In one sense, Torriente’s homer likely was not the most prodigious of his career, since the right-field wall in 1921 was only 272 feet in the corner, expanding only to 325 in right-center. On the other hand, the Phillies management offset these Lilliputian dimensions with a right-field fence that was 40 feet or more tall, so Torriente’s hit would have had what is now called a significant “launch angle.”6

The second run of the inning was due to the Giants’ other offensive strength. Lyons, whom Negro League historian James Riley describes as “one of the fastest men ever to wear a baseball uniform,”7 got on and proceeded to steal both second and third. His third steal of the inning was not catcher York’s fault—it was a clean steal of home. Bobby Williams, who had three hits in the game, finished Chicago’s scoring with a run in the eighth when he singled and then, like Lyons, stole three bases.8 Torriente wasn’t done contributing to the winning effort, either. He shut down a possible Hilldale rally in the bottom of the ninth by snaring Chaney White’s long drive just in front of the right-center-field scoreboard.9

Holland, the Chicago starter, was only 20 years old, and pitched in the Negro Leagues until he was 41. He threw a complete game, giving up five hits, striking out 10, and walking only one. Flournoy, who was also in the early stage of a long career, actually pitched well despite potentially being distracted by a baserunning track meet. He gave up six hits and walked only two, while fanning 11 in eight innings.

The American Giants stuck around in the East, playing Hilldale and the Bacharach Giants until October 23. Of the 18 scheduled games, two against Atlantic City were nondecisions when darkness brought down the curtain in the fourth inning, and there was a tie each against the Bacharachs and Hilldale. Of the 14 games played to a decision, Chicago split evenly with its Eastern competition, seven wins each. This could be seen as an indication that Eastern Black independent baseball was getting strong, and it was. In 1923 Hilldale, the Bacharachs, and four other teams, fed up with the profit-eating travel costs of taking trains to the Midwest to play NNL teams, formed the Eastern Colored League, which lasted until 1928 and, in a slightly altered state, played in 1929 as the American Negro League until the Depression killed it off. The creation of the ECL made a Negro World Series possible for the first time, and four were played between 1924 and 1925. Hilldale won the second one, in 1925. The American Giants took the championship in 1926 and ’27.

Negro League player statistics were not always reliably and completely compiled at the time the games were actually played. But efforts have been made in recent years to use box scores and game stories to retroactively compile annual stats. The statistics cited here are from the Seamheads.com Negro Leagues Database, as of July 2021. The Database is considered the most complete of the efforts to re-create Negro League statistics, but it is an ongoing project, and the numbers cited here may change in the future.