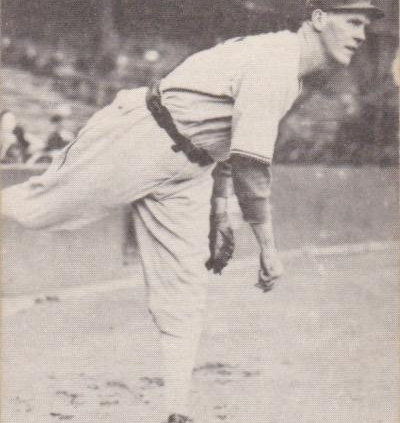 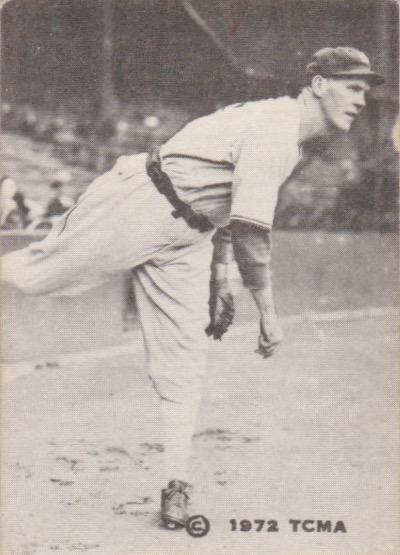 Baseball had never seen a juggernaut quite like the 1927 New York Yankees.

Sure, there were the 116-36 Chicago Cubs of 1906 and the 110-42 Pittsburgh Pirates of 1909, but they played during the Deadball Era when teams won mainly by keeping the other team from scoring. These Yankees, sitting at 96-40 the morning of September 11,1 were different. They beat their competition into abject submission with their bats, the collective likes of which had never been seen, even on prior Yankees teams. The 1921 version of the franchise was in possession of the modern baseball record of 948 runs scored in a season. With 890 runs already in hand, this squad seemed certain to blow past that total.2

The St. Louis Browns certainly knew firsthand the utter dominance the Yankees lorded over their competition. The teams had already played 21 of their scheduled 22 games, and the Browns had yet to win a single one of them. No American League team had ever failed to win even one game from an opponent during a season. In fact, no team had ever failed to win at least two. So the Browns were going to be the ignominious record-holder no matter what.3

St. Louis began the day in seventh place with a record of 54-80, behind the Yankees by 41 games.4 Their season was, for all practical purposes, over. Nevertheless, out of a mix of professional pride and contractual duty, the Browns took the field at Yankee Stadium for their final match of the season against the league leaders.

The Yankees were in first place by 17½ games with 18 left to play, thus practically certain to win the pennant, but they were taking no chances: The entire Murderers’ Row of Earle Combs, Mark Koenig, Babe Ruth, Lou Gehrig, Bob Meusel, and Tony Lazzeri was penciled into the top six slots of manager Miller Huggins’s batting order. “A Sabbath multitude of 35,000 occupied the chair and benches of the Ruppert enclosure” to see their heroes try to complete a season sweep of the hapless St. Louisans.5

Future Hall of Famer Herb Pennock toed the slab for the Yanks, getting leadoff hitter Frank O’Rourke to ground out to second for an uneventful start. But Harry Rice followed with a single to right, and George Sisler singled Rice to second. Ken Williams slashed a third straight single to center field to plate Rice for a quick 1-0 Browns lead. Bing Miller grounded out weakly to third baseman Joe Dugan, pushing the runners up a base, but Pennock managed to pick Sisler off third base to end the inning.

Browns starter Milt Gaston had backed into the role of staff ace, even though he came into the game with an 11-15 record attached to a 5.26 earned-run average. Nevertheless, he set down Combs, Koenig, and Ruth in order for a clean first inning.

Pennock continued to struggle some in his second inning, issuing a leadoff walk to Wally Schang, who was caught stealing. Ski Melillo flied to right, but Pennock walked Wally Gerber before getting Gaston to ground out to end the frame.

The Yankees tied the score in the bottom of the second as Meusel worked a one-out walk, took second on a passed ball, went to third on Lazzeri’s groundout, and scored on Dugan’s infield single.

The Browns got two more singles off Pennock in the third but failed to score, while the Yankees went down one-two-three.

St. Louis bats broke out big in the fourth inning. After taking “a violent swing at the first ball, his bat landing in the Yankees dugout,”6 Schang regained his composure and led off with a single. Melillo walked. After Gerber struck out, Pennock walked his opposite number to load the bases. O’Rourke doubled home Schang and Melillo, and – after Rice grounded to second for the second out – Sisler smashed a triple to the right-field fence to score Gaston and O’Rourke for a 5-1 lead,7 which spelled the end of the day for Pennock.

Reliever Bob Shawkey came in and got Williams on a lineout to center, but the damage had been done, and the vaunted 1927 Yankees found themselves in the wholly unfamiliar position of trailing the piteous 1927 Browns by four runs after 3½ innings.

Ruth opened the bottom of the fourth with his 50th home run of the season, a prodigious clout that “found haven about ten rows below the right field advertisements and well to the left.”8 The “boundary belt,” which led to “a great outburst of cheering and a showering of hats,”9 narrowed the gap to three runs, but Gehrig popped out to third and Gaston fanned Meusel and Lazzeri to limit the damage to the single tally.

The score remained 5-2 for the next four innings, although the Browns raised a fair amount of commotion against Shawkey in three of them. After going out in order in the fifth, they put two runners on in the sixth, got runners on second and third with one out in the seventh, and had runners on first and third in the eighth without scoring in any of those innings.

As for the Yankees, they put runners on first and second in the fifth, went down one-two-three in the sixth and seventh, and were limited to a one-out single in the eighth inning, which ended with Babe Ruth’s bid for a second homer being caught by Williams, “[leading] to another great outburst of cheering” by the appreciative Bronx contingent.10 Nevertheless, one can imagine the 35,000 partisans getting somewhat antsy as the skunking they paid to see was fading quickly from possibility.

The fans didn’t feel any less pessimistic in the top of the ninth inning. Schang drew a one-out walk from new reliever George Pipgras. Melillo sent Schang to third with a double. Gerber hit a groundball to second baseman Lazzeri, whose throw to nab the scoring Schang at the plate was late. St. Louis’s advantage was now 6-2. Melillo, apparently giddy with such a big lead, tried to steal third but was caught, Gerber staying put at first. Gaston whiffed to end the inning.

Gaston came back out for the ninth to face the bottom half of Murderers’ Row. Gehrig tagged him for a line-drive single to center field. Unfazed, Gaston induced a Meusel groundball force of Gehrig at second, then got Lazzeri to ground into a 1-6-3 double play to end the game and thwart the effort by the “allegedly murderous Yanks” to whitewash the Browns for the entire season.11

The “well nigh unbeatable” Gaston earned his “brilliant victory” with “his withering pace and deceptive deliveries.”12 It was the third of his four straight wins to start September, by the end of which he would close the season 13-17, pitching just well enough in his final (losing) start to nudge his season ERA just under five.13 The Browns crossed the finish line 59-94, seventh in the American League, 50½ games behind first place.

The Yankees went on to win the American League pennant with a record of 110-44,14 which remained the second most wins in a season achieved by any team – and the most by an AL team – until the 1954 Cleveland Indians won 111. The Yanks beat the NL-pennant-winning Pirates four straight in the World Series, winning the final game on an unforgettable walkoff wild pitch by Johnny Miljus with Lazzeri at the plate.

7 “Browns Score First Victory of Season Over Yankees, 6 to 2.”

9 “Browns Score First Victory of Season Over Yankees, 6 to 2.”

14 And, as assumed, broke the then-big-league record for runs scored in a season by a team with 976. The current record stands at 1,067, set by the Yankees just four years later.