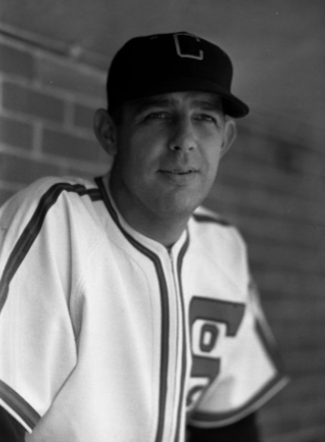 At first glance, the game played between the Chicago White Sox and Washington Senators on September 12, 1939 was an unremarkable late-season game with no real implications. The White Sox entered the game in third place with a record of 76–58, 20 games behind the first-place New York Yankees with 20 games left to play. The Senators were securely in sixth place with a record of 59–77, 11 games ahead of the seventh-place Philadelphia Athletics and 12½ games behind the fifth-place Detroit Tigers. That afternoon, the White Sox appeared to beat the Senators by a final score of 3–2. But that evening, American League President Will Harridge upheld an appeal by the Senators and declared the game a no-decision even though all of the game’s statistics remained on the books (except for what would have been Thornton Lee’s 14th win and Alex Carrasquel’s ninth loss of the season).

Washington scored first in the bottom of the third inning. Rick Ferrell walked and was sacrificed to second by Carrasquel. George Case doubled to right field to score Ferrell with the game’s first run.2 Buddy Lewis flied to right field. Case advanced to third on the play, which turned out to cost the White Sox more than just the extra base. Third Baseman Marv Owen took Larry Rosenthal’s throw and dove toward third base attempting to tag Case. In doing so, Owen broke a bone in his right hand, ending his season. After Owen left the game, Johnny Welaj singled to center field to score Case and give the Senators a 2–0 lead.3

Chicago finally broke through against Carrasquel in the top of the sixth inning. Hank Steinbacher walked, went to third base on Mike Kreevich’s single to center field, and scored as Rip Radcliff grounded into a double play.4

The bottom of the sixth inning brought the play that would turn out to be the most significant of the game. With one out, Welaj beat out an infield hit. Taffy Wright then hit a routine fly ball to left fielder Gee Walker.5 Walker appeared to intentionally drop the ball and threw to shortstop Eric McNair who tagged out Welaj coming belatedly into second base, thinking he was forced to do so. Wright, meanwhile, reached first base without a throw. Third-base umpire Lou Kolls called Welaj out but he also called Wright out on the initial fly ball, for an inning-ending double play. An argument ensued which ended with Washington manager Bucky Harris declaring that he was playing the game under protest.6

The score remained 2–1 through seven innings. Finally, in the top of the eighth inning, the White Sox took the lead. Thornton Lee led off the inning with a single to right field. He was sacrificed to second base by Ollie Bejma and advanced to third base as Steinbacher grounded out. Lee scored the tying run on Kreevich’s infield single. The White Sox then took the lead when right fielder Case made two errors on Radcliff’s line drive. Case dropped the ball, which should have been the third out of the inning. Case then threw wild trying to get the ball back to the infield, allowing Kreevich to score from first base with the go-ahead run.7

That was all the run-scoring in the game as Lee and Carrasquel combined to retire the last 10 batters of the game after Case’s errors.

That evening, American League President Will Harridge ruled on Harris’s protest. The protest rested on the interpretation of a rule change that had been adopted the previous winter. The new rule, which was originally adopted by the National League in July 1938 and adopted by the American League in the offseason, was intended to discourage outfielders from intentionally dropping fly balls to set up double plays. The original rule, which was distributed to National League teams on July 9, 1938, by NL President Ford Frick read as follows:

“Hereafter, with two men on base, and one or none out, umpires will call a catch when an outfielder obviously and apparently intentionally drops a fly ball in order to make a double play.”8

Harris noted that the rule in question allowed the batter to be called out only if there were two baserunners. On the play in question in this game, Welaj was the only baserunner. President Harridge agreed with Harris that Umpire Kolls had misapplied the rule and that Wright should have been entitled to first base. Harridge’s ruling declared the September 12 game to be officially a no-decision but with the statistics compiled during the game to count in the official record (including the double play that was the source of the protest).9

The game was replayed the next day as part of a doubleheader which the White Sox swept by scores of 3–1 and 4–2 (the first game going 11 innings).

For games for which Retrosheet does not have complete play-by-play data, volunteers do deduced play-by-play from contemporary newspaper accounts and other available information. I recently deduced this game as part of working through the 1939 season.

1 Alex Carrasquel was the first major-league player from Venezuela. In an effort to make him seem more “American,” Carrasquel was given the name “Alex Alexandra” by the Washington media (see the biography of Alex Carrasquel written by Lou Hernandez for the SABR Biography Project). The game story and box score for this game in the Washington Post (see note 2) referred to Carrasquel consistently as “Alexandra.” In contrast, the Chicago Tribune story and box score (see note 3) referred to him by his correct surname, Carrasquel.