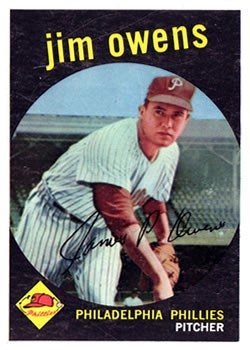 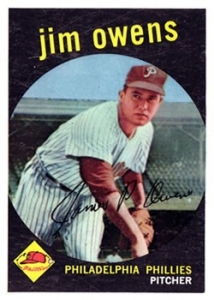 Canada’s capital, Ottawa, had them both beat in terms of gaps without baseball. When the city lost the Triple-A Ottawa Athletics after the 1954 season, professional baseball didn’t return until 1993. The last edition of the Ottawa Athletics finished well out of the running, but ended its chapter of the city’s baseball history on an honorable note. On the final day of the 1954 season, the Athletics went down fighting in a final game that helped change the course of the International League postseason.

At the start of play on September 12, first-place Toronto, second-place Montreal, and the third-place Rochester Red Wings had all sewn up spots in the IL’s postseason. The Havana Sugar Kings1 held the fourth and final playoff spot with a 77-76 record, 18½ games back. The Syracuse Chiefs were a half-game behind them at 76-76, with an opportunity to play their way into the postseason on the final day. Syracuse, a Philadelphia Phillies affiliate managed by Skeeter Newsome, kept its hopes alive on the second-to-last day by beating Ottawa 8-1 on a one-hitter by future National League Rookie of the Year Jack Sanford.2

Manager Taft Wright’s Ottawa club occupied the other end of the IL standings—dead last with a 58-94 record, 37 games out of first. Wright took over as manager in midseason, replacing Les Bell. The team lagged at the gate as well as on the field, joining every Philadelphia A’s farm team but one in losing money.3 One newspaper account of the team’s final day noted that it was “preparing to disband.”4

On the last day of the season, though, Ottawa had a chance to play spoiler. Facing Syracuse in a doubleheader with two seven-inning games, the Athletics could knock the Chiefs out of the postseason by winning one or both games.

At MacArthur Stadium in Syracuse, 3,118 fans watched the A’s take a 2-1 lead into the seventh inning of the first game before the Chiefs rallied to win, 4-2.5 The scoreboard carried news of a 12-2 Havana victory against Rochester, so the Chiefs would also have to win the second game to earn a tie for fourth place.

One name conspicuously absent from Ottawa’s lineup was outfielder Joe Taylor, a 28-year-old Negro League veteran who hit .323 with a team-leading 23 home runs and 79 RBIs that year. Taylor’s scorching season had earned him his first big-league call-up the previous month, and on September 12, he pinch-hit successfully for the parent A’s in both ends of a doubleheader against the Baltimore Orioles.

Twenty-six Syracuse players spent time in the majors at some point. And, like Ottawa, they made up the bulk of the Chiefs’ starting lineup—second baseman Benny Zientara, first baseman Marv Blaylock, right fielder Johnny Blatnik, catcher Joe Lonnett, center fielder Bob Bowman, shortstop Mickey Micelotta, and pitcher Jim Owens. Owens, a 20-year-old righty from Pennsylvania, had beaten the A’s less than a week earlier.7 He had a fantastic season for Syracuse, going 17-9 with a 2.87 ERA and five shutouts in 31 starts. He tied for the league lead in shutouts, tied for second in the loop in wins, and earned his first big-league roster spot the following spring.

Wheat and Owens matched zeroes for the first four innings of the second game. The lame-duck Ottawans “didn’t give an inch,” played “snappy ball throughout,” and “threatened consistently to spoil it for the Tribe,” according to a Syracuse newspaper account.8

The Chiefs’ breakthrough in the fifth inning came from one of the few players in the contest who never reached the major leagues. Third baseman Woody Smith9 doubled to left-center field with two out. Ottawa intentionally walked Micelotta to get to pitcher Owens, but Owens defeated the strategy by beating out a groundball to shortstop, loading the bases. Wheat walked Zientara to force in a run and give Syracuse the lead.10 Ottawa threatened to tie it in the bottom half, putting runners on first and third with two out. But Micelotta made a clutch defensive play on a hard groundball, forcing the runner at second on a close play to end the inning.11

Another piece of managerial strategy blew up on Ottawa’s Wright in the bottom of the sixth. He positioned his shortstop behind second base to open the inning, only to see Blaylock hit a double to the unprotected part of the field. Blaylock moved to third on a fly ball, and Lonnett and Bowman drew walks—the first intentional, the second unintentional. Wheat got Smith to pop out for the second out, but Micelotta and Owens followed up with singles that drove home three runs. Syracuse led 4-0 as Ottawa came up for its final turn at the plate.12

Ottawa didn’t go easily. Catcher Watlington doubled. Manager Wright, pinch-hitting for Wheat, and Littrell walked to load the bases with one out. Skeeter Kell, the younger brother of future  Hall of Famer George Kell, hit a fly to center field that scored Watlington to make it 4-1.13 Owens then got Lopez on a grounder to short for the final out, clinching Syracuse’s tie for fourth place and relegating the Ottawa A’s to history.14

Owens gave up five hits, walked five, and struck out five for the win. Wheat surrendered six hits, walked four, and struck out one, taking the loss. The game ended in 2 hours and 25 minutes. The A’s ended the year with a 58-96 record, their worst since joining the International League in 1951.15 The parent A’s moved to Kansas City for the 1955 season; they relocated their Triple-A affiliate to Columbus, Ohio.

After a one-night rain delay, Syracuse steamrolled Havana in a tiebreaker game, 13-4, on September 14 to earn the fourth and final playoff spot.16 The Chiefs then beat first-place Toronto in the first round of the playoffs, four games to two, and knocked off Montreal in a full seven-game series to win the Governor’s Cup.17 Ottawa returned to the IL—and professional baseball—in 1993 with a Montreal Expos farm club, the Ottawa Lynx. The Lynx changed affiliations in 2003 and left town after the 2007 season; Ottawa has hosted independent league teams since then.

As a side note, the umpires who worked the doubleheader also reached the major leagues but took very different paths to get there. Walter “Red” Ryan, a minor-league ump since 1938, worked a single National League game between the Phillies and Giants on September 28, 1946; he continued in the minors until July 1957 but never reached the majors again. Frank Tabacchi reached the American League in 1956 and stayed there until AL President Joe Cronin reassigned him to the American Association in the middle of the 1959 season. And Mike Briscese quit umpiring for a few years in the late 1950s, returned to the job, and finally reached the majors at age 62, working 10 Minnesota Twins home games during an umpires’ strike in April and May 1979.18

Image of 1959 Topps card #503 downloaded from the Trading Card Database.

1 Toronto and Havana were not affiliated with a major-league team. Montreal was a Brooklyn Dodgers affiliate and Rochester a St. Louis Cardinals farm team. “Directory of League and Club Officials,” The Sporting News, April 14, 1954: 28.

3 Art Morrow, “Athletics Not as Futile as They’ve Been Pictured,” The Sporting News, November 17, 1954: 5. The article reported that Philadelphia’s farm team in Savannah, Georgia, was the organization’s only minor-league outpost to turn a profit in 1954.

6 Wright was an outfielder. In his rookie major-league season, 1938 with the Washington Senators, he had the highest batting average in the American League, .34980 (rounded up to .350), just edging out Jimmie Foxx (.34867, rounded up to .349). But in 40 of Wright’s 100 games, he was a pinch-hitter, and he played in the outfield in only 60 games, with only 282 plate appearances for the season. Foxx was named the batting champion. In 1950 both the National and American Leagues decided that a batting champion should have at least 400 at-bats; In 1955 the rule was changed to 3.1 plate appearances for every team game. Warren Corbett, “Taft Wright,” SABR BioProject, https://sabr.org/bioproj/person/taft-wright/. Accessed May 3, 2021.

9 Smith played parts of 18 seasons in the minor leagues. He was also a minor-league manager for 12 seasons in the Baltimore and Cleveland organizations, where his players included Don Baylor and Dennis Eckersley.

10 Zientara, at 36, was six seasons removed from his final major-league appearance with the 1948 Cincinnati Reds and was playing his final full season as a professional.

15 “Chiefs Force Playoff with Two Wins.” The 1951 Ottawa team was a New York Giants affiliate, while the 1952 through 1954 squads were linked with the Philadelphia A’s.

18 This paragraph based on information from Retrosheet, including the Sporting News umpire cards for Briscese, Ryan and Tabacchi, as well as on Briscese’s SABR biography, written by Stew Thornley. Information on Tabacchi’s 1959 reassignment from Harold Kaese, “Cronin Adjusts Well to New Non-Partisan Job,” Boston Globe, September 6, 1959: 19.