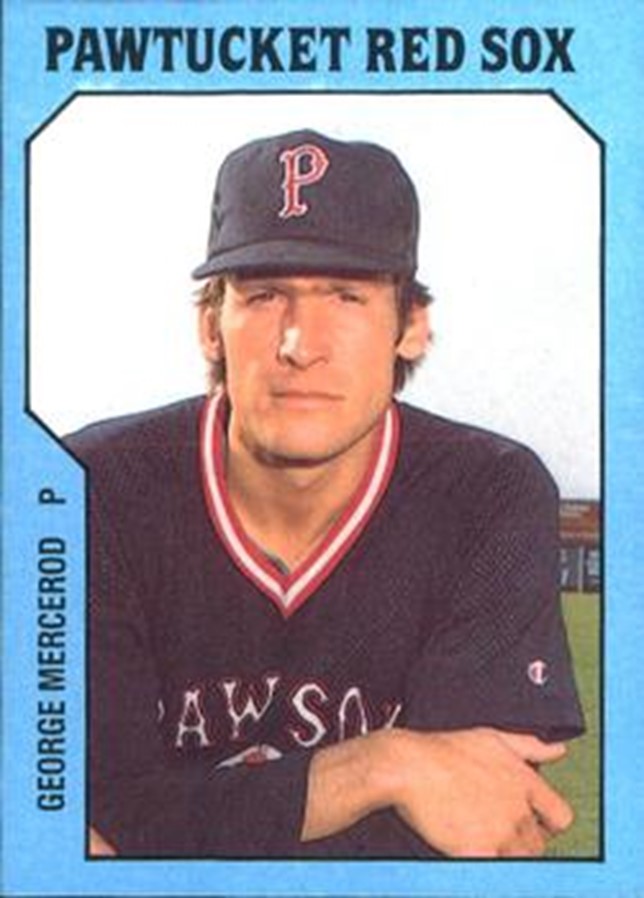 Unlike Chicago, New York, or St. Louis, Boston never got to celebrate a one-city World Series or “Subway Series.” The American and National League teams representing the Hub of the Universe never managed to reach the World Series in the same year before the National League Braves left town prior to the 1953 season.

Fans of minor-league baseball have gotten to enjoy the next best thing – an all-New England playoff final – a handful of times in different leagues over the decades.1 One of the tightest and most suspenseful of these series took place in 1984, when teams from Maine and Rhode Island battled for the postseason championship of the Triple-A International League.

The Maine Guides, a Cleveland Indians farm team, were the sentimental choice to win. The 1984 season was the Guides’ inaugural campaign in Old Orchard Beach, an Atlantic Coast resort town 19 miles from Portland, and the first year since 1949 that the Pine Tree State had hosted a professional team. Bangor attorney Jordan Kobritz, convinced that his home state could support a Triple-A team, purchased the Charleston (West Virginia) Charlies and moved them to a brand-new, pine-surrounded park called simply The Ballpark. A July story in Sports Illustrated magazine raised the team’s national profile, celebrating the Guides, their stadium, their resort-town surroundings, and the distinctive quirks of baseball in Maine.2

The story would have been charming even if the Guides hadn’t played winning baseball. But they did, finishing in second place with a 77-59 record, 3½ games behind the Columbus Clippers, the Yankees’ top farm team. First baseman Jim Wilson (15 home runs, 84 RBIs)3 and third baseman Lorenzo Gray (16 HRs, 71 RBIs) provided punch at the corners, while outfielders Dwight Taylor and Otis Nixon provided speed with 46 and 39 stolen bases. Leaders on the mound included veteran starting pitchers Jerry Ujdur (a league-leading 14 wins) and Jerry Reed (12 wins), with Jeff Barkley picking up 11 saves out of the bullpen in a league-leading 51 appearances.

Unlike the new arrivals in Maine, manager Tony Torchia’s Pawtucket Red Sox were well-established members of the IL. Pawtucket won the Governor’s Cup postseason tournament in its first year in the circuit, 1973 – coincidentally beating the Charleston Charlies in the finals. Pawtucket had also lost two Governor’s Cup final series, in 1977 and ’78. In 1984 the PawSox placed fourth in the league, claiming the final playoff spot with a 75-65 record, 7½ games behind Columbus.

The 1984 Governor’s Cup finals could have been an all-Ohio affair, rather than an all-New England matchup. But Pawtucket knocked off Columbus in the first round, three games to one, while Maine swept Toledo out of the playoffs, three games to none.4

At first, the Guides seemed set to bulldoze to the championship. The first two games of the final series took place at Pawtucket’s McCoy Stadium, and Maine won both, 8-1 and 8-6. Reed scattered four hits to win the first game, while Taylor and Nixon combined for five hits and five stolen bases in the second. As the series shifted north to The Ballpark, the Guides needed just one win to take it all. But Pawtucket got wins from pitchers Robin Fuson – a former Guide – and Mike Rochford to win the third and fourth games, 5-2 and 9-2.5

That set up a winner-take-all matchup at The Ballpark on September 13, pitting Reed against Pawtucket’s George Mecerod (5-6, 5.81 in 17 games).6 Mecerod, a 25-year-old righty, had been a 22nd-round draft pick by Boston out of Adelphi University in the June 1980 amateur draft. He battled tendinitis earlier in his career. In 1981 he was lifted from two no-hitters in a 17-day span at Class A Winston-Salem, one after five innings and the other after seven, as his manager sought to protect his sore arm.7

The Guides mounted the game’s first threat, in the second inning. Wilson led off with a single and was forced at second base on a grounder by right fielder Rod Craig. After Craig stole second, Gray hit a single between shortstop and third to put runners on the corners. But Mecerod, nearing the bottom of the Guides’ order, bore down. Second baseman Shanie Dugas watched a called third strike, and shortstop Luis Quinones grounded to Walker at second to end the rally. Maine bats then went as cold as a Down East winter: The Guides did not put another runner on base against Mecerod until the eighth inning.8

By that time, Pawtucket had collected more than enough runs to win. With two away in the third inning, Lyons socked a home run over the right-field fence for a 1-0 lead. Reed dominated the PawSox for the next three innings, but they scored again in the seventh. Center fielder Gus Burgess singled and moved to second on a grounder by right fielder John Lickert. Catcher Marc Sullivan tapped a single to left-center to score Burgess. In the eighth, PawSox shortstop Paul Hundhammer led off with a no-doubt home run to straightaway left field, giving the PawSox a 3-0 advantage and ending Reed’s night. Relievers Rich Barnes and Jim Siwy, the latter a native Rhode Islander, combined to shut out Pawtucket the rest of the way.9

The Associated Press said Mecerod “had control of the game from the beginning” and “pitched brilliantly through seven innings.”10 The Guides rallied once again in the eighth. With two out, Quinones singled and catcher Phil Wilson walked. Torchia beckoned reliever Jim Dorsey, who went 6-4 with a 2.91 ERA in 41 games out of the bullpen that season. Maine manager Doc Edwards countered with veteran pinch-hitter Barry Evans, a .329 hitter in 53 games. Torchia won the battle, as Dorsey struck out Evans to end the Guides’ last offensive threat of the season.11

Dorsey retired Taylor, designated hitter Dave Gallagher, and Wilson in order in the ninth to wrap up the championship in front of 3,029 disappointed Guides fans. The game lasted 2 hours and 15 minutes, with Mecerod earning the win, Dorsey getting the save, and Reed taking the loss. Torchia reveled in the win, noting that the PawSox had rebounded from a league-worst 56-83 record in 1983.12 Kobritz, meanwhile, said he was proud of his team’s achievements in its inaugural year: “We had a successful season before the playoffs started and if we had won, it would have been icing on the cake. Not having won it doesn’t put a damper on the tremendous year the entire Maine Guides organization had.”13

The Guides never came close to winning the Governor’s Cup again. The team lost in the first round of the following year’s playoffs and did not qualify again in its three remaining seasons in Maine before moving to Scranton, Pennsylvania. As it turned out, 1984 was the first and only all-New England Governor’s Cup final. Pawtucket won two more Cups, in 2012 and 2014, before the team moved to Worcester, Massachusetts, for the 2021 season.14

Neither Baseball-Reference nor Retrosheet provides box scores of minor-league games, but the September 14, 1984, edition of the Bangor (Maine) Daily News published a box score.

Image of card #21 from the TCMA 1985 Pawtucket Red Sox set downloaded from the Trading Card Database. Mecerod’s surname is misspelled on the card.

1 The Double-A Eastern League had all-New England final playoff rounds every year but one from 1980 through 1985. Going back further, the Class B New England League, which operated intermittently between 1886 and 1949, obviously had numerous all-New England playoffs.

3 Wilson tied with Scott Bradley of Columbus for the league lead in RBIs.

The Ballpark
Old Orchard Beach, ME