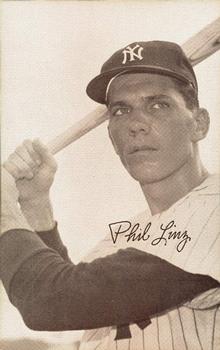 Chasing their fifth consecutive American League pennant and 14th in 16 years, the New York Yankees had experienced a more difficult season than expected as they hosted the Kansas City Athletics on September 19, 1964. Beginning play that day, the Yankees were embroiled in a tight three-way battle for first place.

New York was in a virtual tie with the Baltimore Orioles, and the Chicago White Sox were just one game back. Media reports indicated all was not placid under rookie manager Yogi Berra who had replaced longtime skipper Ralph Houk during the winter of ‘63. The Yankees entered August in first place, but hit a rocky patch that began with two losses to the last-place Athletics in Kansas City by scores of 5-1 and 10-1. New York dropped 14 of 20 games during the slump, eventually falling into third place, five-and-a-half games behind the Orioles.

Amidst this dry spell came the infamous “Harmonica Incident.” On August 20 the Yankees were swept in a four-game series in Chicago, losing a 5-0 shutout to John Buzhardt and the White Sox. Reserve infielder Phil Linz was killing time playing “Mary Had a Little Lamb” on his new harmonica while the team bus crawled through the traffic-choked streets of Chicago. A thoroughly frustrated Berra, stewing over the string of losses, exploded at Linz leading to a shouting match witnessed by members of the media riding the bus to the airport. The confrontation received big coverage in the New York tabloids.

(Linz was ultimately fined $200 by Berra, but the publicity led to a rewarding endorsement contract with the M. Hohner company, manufacturer of harmonicas. An advertisement on the back cover of the 1965 Yankee Yearbook featured Linz, in a Yankee uniform and cap, with a harmonica at his mouth. The caption read “PLAY IT, PHIL.”)

Although they dropped two more after the sweep in Chicago, the Yankees managed to right the ship. On September 5, they acquired veteran pitcher Pedro Ramos from Cleveland to stabilize the bullpen. Rookie righthander Mel Stottlemyre, called up from Triple A Richmond in mid-August, was proving to be a reliable part of the starting rotation and would wind up 9-3 on the season. As they prepared to face Kansas City on September 19, New York had won 11 of its last 14 to climb back into a tie with the Orioles at the top of the American League. On this particular Saturday afternoon, Berra started lefthander Al Downing (12-8) against Kansas City’s Diego Segui (8-14). Despite the attraction of a close pennant race, the overcast skies and a threat of rain resulted in a remarkably sparse crowd of 9,458 at Yankee Stadium.

Downing was in trouble right from the start. Bert Campaneris grounded a single up the middle to lead off. After Campaneris was erased trying to steal, Downing issued walks to Wayne Causey and Jim Gentile around a Rocky Colavito foulout. But he caught Nelson Mathews looking at strike three to end the threat. Mathews would go on to strike out a league-leading 143 times in 1964.

With two out and one on in the bottom of the first, Mickey Mantle belted a towering home run deep to right to give the Yanks a 2-0 lead. It was Mantle’s 32nd homer of a season in which he would finish second to Brooks Robinson in the American League’s Most Valuable Player balloting.

Downing kept the A’s off the board through the third. That’s when the Yankees went to work on Segui. Tony Kubek and Bobby Richardson both singled. After Richardson stole second, Segui intentionally walked Mantle with one out. With the bases loaded, Elston Howard cracked a single to center to drive in two runs. That was all for Segui. K.C. manager Mel McGaha brought in veteran righthander Wes Stock.

With two out and the bases again loaded, Clete Boyer singled in one run, but the inning ended when Howard was thrown out at the plate by center fielder Mathews. The Yankees now led 5-0.

Kansas City picked up a run in the fourth inning when Downing again lost his control. Walks to Jim Gentile and Dick Green preceded an RBI single to right by catcher Doc Edwards. In the fifth, the A’s made it 5-2 on a single, an error and a wild pitch.

Berra decided he’d seen enough of Downing, who had given up five walks and four hits in five innings. He brought in former ace starter Ralph Terry to start the sixth. Terry worked out of a second and third two-out jam by getting Campaneris to pop out to first baseman Joe Pepitone.

In the bottom of the eighth, the Yankees put the game away. Facing fastballer John Wyatt, Terry led off with a single. After Kubek sacrificed him to second, Richardson collected his fourth hit of the day, a line single to left as Terry chugged in to make it 6-2. Roger Maris then smacked a long drive into the seats in right and it was 8-2. For Maris, it was home run No. 23 of the year and the 265th of his career.

Terry gave up a run in the ninth on a sacrifice fly by the Bronx-born Colavito, but when he got Mathews to hit into a two-out force play to Kubek, the Yankees had an 8-3 victory. With the Orioles and Los Angeles Angels rained out that day, New York grabbed a half-game first-place lead. The Yankees would not give up that lead the rest of the way, clinching their 29th American League championship on the next-to-last day of the season with Ramos earning a save in an 8-3 win over Cleveland at the Stadium.

The Yankees lost the 1964 World Series in seven games to the St. Louis Cardinals. It would be 12 years before the franchise captured another American League pennant.

This happened to be the first major-league game the author ever saw in person.

William Ryczek, “Phil Linz and his Harmonica Win the 1964 American League Pennant for the Yankees,” The National Pastime Museum, December 29, 2014.