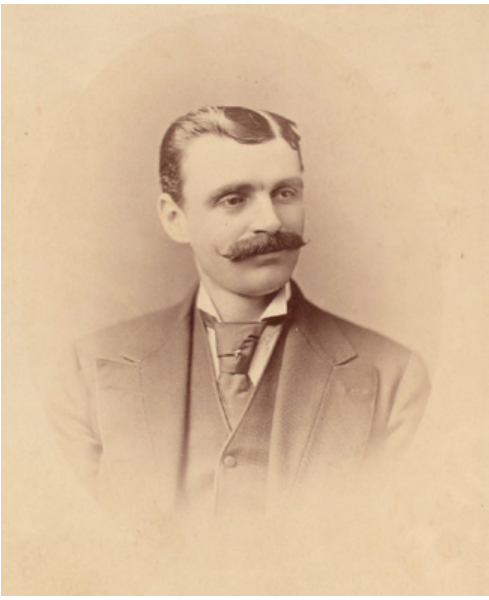 Heading into the final 10 days of September 1872, the Boston Red Stockings had just experienced their first real turbulence of the season. A five-game road trip down the Atlantic Seaboard beginning September 7 had produced but one win, along with a tie and three losses. For a team that had suffered only three losses the entire year before that point, this was indeed a jarring turn of events.

Two of those recent road losses came at the hands of New York’s Mutuals, who, though still trailing Boston and Baltimore, were not completely out of the pennant hunt. Anticipation was high when the Manhattanites visited Beantown on Saturday, September 21, for the ninth and final match between the two clubs for 1872 — one that certainly proved a fitting climax to the seasonal series.

Pleasant weather greeted fans and players for the 3:20 P.M. start time at Boston’s South End Grounds.1 Jack Burdock, a 20-year-old rookie infielder with the Brooklyn Atlantics of the National Assocation, was the umpire. The first inning ended with the Bostons up 2-1, but the Mutuals broke out some fireworks for the second inning.

The bad news for Boston began with the bottom of the New York order rapping four straight safeties off Al Spalding. Among this quartet was Dickey Pearce, who at 36 was the second oldest player in the NA, behind Harry Wright. The wee (5-feet-3) shortstop had starred for the great Brooklyn Atlantics in the halcyon days of the 1860s and still had another five pro seasons ahead of him. Also included was pitcher Candy Cummings, pioneer of the curveball, who had been lured out of amateur status by the Mutes2 after being courted by a number of clubs, and whose 1872 win total was exceeded only by Spalding’s.

The top of the order came around now, led by Dave Eggler, one of the finest-fielding outfielders of his day and, at least in the five seasons the NA lasted, a .322 hitter. Eggler skied one to short left field that George Wright was able to snare. A nice opportunity for a double play was missed, however, as Wright’s peg to Charlie Gould at first base, though ahead of the returning runner, was too wide of the base for Gould to make the putout.

Boston’s fielding jitters continued. After the next batters, John Hatfield and Joe Start, reached base, George Bechtel flied to right fielder Fraley Rogers for what should have been one out and maybe more. But Rogers was “so eager to return the ball after the catch”3 that he dropped it entirely, and everyone was safe.

Nat Hicks followed Bechtel with a single to center and here the Bostons got their fielding act together as the ball went from Harry Wright in center to brother George at short to Cal McVey at home in time to cut down the runner at the plate.

Two were out but the Mutes weren’t quite done. Pearce stepped in for the second time in the inning and waited Spalding out for a base on balls. He scored when John McMullin collected his second base hit of the inning. Cummings’ foul-tip out stranded McMullin but the New Yorkers had pushed eight runs across and were in the van, 9-2.

For the next three innings, Spalding and Cummings kept opposing bats quiet, the fielding sharpened up, and goose eggs went up for both clubs until the sixth. Ross Barnes led off the sixth with one of his specialty fair-foul hits, this one going for two bases. An error by Chick Fulmer at third base, a base on balls to Spalding, and a base hit by Harry Schafer produced two Reds runs. Both teams added a run in the seventh and the score favored New York, 10-5, as Boston went to bat in the eighth.

Spalding, probably the best hitting pitcher of his day,4 led off with a double to left and came home one out later on Schafer’s single. At this point, a nasty scene ensued involving umpire Burdock. The Boston and New York papers would both later complain of unfair treatment, and the Daily Advertiser went so far as to say Burdock was “unusually strict” and “rather severe.”5

The boiling point was reached during the at-bat of Boston right fielder Fraley Rogers, who followed Schafer to the plate.

Two rapidly called strikes on Rogers evinced “shouts of derision, hisses and cries of ‘put him out’… from the excited crowd.”6 Two pitches later, strike three was called on a ball that, according to the Journal, “was not over the home plate, and if anything should have been called ‘a ball.’” This brought a “perfect uproar of disapproval” from the South End faithful, and play was suspended for about five minutes until calm returned.7 The harsh reaction apparently rattled Burdock; the Journal said he was “not self-possessed” for the rest of the game.

But the Reds got right back to business, with the Wright Brothers due up next. After Harry took a base on balls, Fulmer made his second costly error, muffing George’s hit and allowing Schafer to notch the seventh run for the home team.

The Mutuals got nothing in their half, but, leading 10-7, still appeared in good position to hand the Red Stockings a third consecutive loss for the first time in 1872.

The Boston ninth began auspiciously with a double by Andy Leonard, then singles by McVey and Spalding, the latter scoring Leonard. Gould’s grounder to Fulmer forced McVey at third, but Schafer came through again, driving a double into left that chased Spalding home.

Now needing but one run to pull even, the Reds saw their hopes sink a little as center fielder Dave Eggler made a nice catch of a fly off Rogers’ bat for out number two. Captain Wright was the last chance, and when he took two called strikes, things looked dim. Harry let two more pitches go by, then saw one to his liking, and sent it “way down between centre and right fields.”  Gould and Schafer made it home with the tying and go-ahead runs. The crowd, “mad with delight,”8 caused another brief suspension of play, after which the younger Wright flied out to end Boston’s half.

Ironically, both reporting Boston papers (the Journal and the Daily Advertiser) indicated that the fourth of Cummings’ pitches to Harry Wright could just as easily have been called the other way.

According to the Advertiser, the pitch “appeared to be just right, and had the umpire dealt as strictly with Harry as with Leonard and Rogers, the last chance would have been gone.” The Journal said simply that it “should really have been ‘three strikes.’”9

Spalding blanked the Mutes in the bottom of the ninth, and the Red Stockings, thanks to a surge of strong and timely hitting in the final four innings, came away with the 11-10 victory. Perhaps an umpire’s desire to give a “make-up call” played a factor as well.

Referring to the Boston-New York season series, the New York Times rhapsodized over “the best series of games ever played between professional clubs, every contest having been stubbornly fought from beginning to end.”10 True, they were generally good contests, with several scores of the 4-2, 3-2 variety. But in the end there was no question as to the superior nine: The Red Stockings took seven of the nine contests, never allowing the Mutuals — or any other contenders — to make any serious gains on them. Despite the ugly September road trip, and their close shave with the Mutes, Harry Wright’s boys were back on track and in another month would deliver Boston its first baseball championship.

2 The nickname “Mutes” for “Mutuals” appears in both the Boston Journal and Boston Daily Advertiser of September 23, 1872.

9 Also somewhat ironically, Jack Burdock eventually earned his fame playing for the National League Boston club from 1878 to 1888, the stalwart second baseman of their pennant-winning teams in 1878 and 1883.