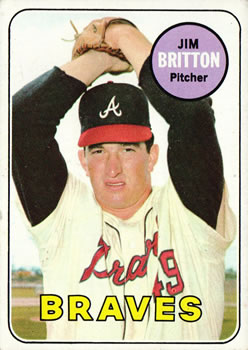 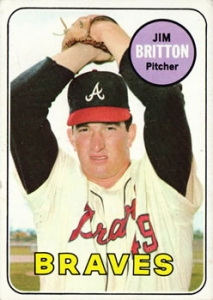 Every once in a while, a marathon — 26.2 grueling miles of running — will come down to the final 400 yards or so, with the top two competitors sprinting head to head for the tape with every bit of energy they have left.1

And every so often, a baseball season — “a marathon, not a sprint,” as the cliché says — will come down to a final tiebreaker to determine the league championship or eligibility for a playoff spot. This has happened 16 times in major-league history as of 2020.2 It’s also happened in the minor leagues. For drama, triumph, and heartbreak, the 1967 International League tiebreaker — the first ever played in 84 years of league history3 — ranks with any of the other winner-take-all matchups in baseball’s past.

The Rochester Red Wings, Baltimore’s Triple-A farm club, swaggered into 1967 as the defending regular-season International League champs. Under manager Earl Weaver’s leadership, the team clinched the 1966 regular-season title with a win on the final day of the season. (The IL’s top four teams also took part in the Governor’s Cup postseason playoffs. The Toronto Maple Leafs, then a Red Sox farm club, won the 1966 Cup after tying for second place in the regular season.)4

The 1966 Richmond Braves, in only their first year of existence,6 placed fourth with a 75-72 regular-season record and made it all the way to the Governor’s Cup finals. In 1967 the team started slowly under a new manager, former Astros and Orioles skipper Lum Harris. In mid-June Richmond was seventh in the eight-team league, 9½ games back of the Red Wings.7

Then the Braves got as hot as a Virginia summer, cranking out 11 straight wins and pushing upward in the standings through June and July. Harris’s team seemed to have Rochester’s number, racking up a 14-6 regular-season record against its chief rivals.8 This dominance included five wins against Rochester by pitcher Jim Britton (12-7, 2.20), a hard-throwing righty and former Orioles farmhand enjoying a breakout year in his fifth professional season.9 Other keys to the Braves’ success included pitcher Ron Reed (14-10, 2.51), first baseman-outfielder Tommie Aaron (.309, 11 HRs, 56 RBIs), third baseman Bobby Cox (.297, 14 HRs, 51 RBIs) and first baseman Jim Beauchamp (.233, 25 HRs, 64 RBIs.)

The Braves passed the Red Wings on August 16 and the teams stayed neck-and-neck for the next two weeks.10 On September 2 the Wings swept a doubleheader against Buffalo to regain a tie for first place. The next day, both Richmond and Rochester lost. And on September 4, the last day of the regular season, Rochester scored a 5-1 victory over Buffalo, while Richmond notched a 5-2 win against Toledo. Both teams ended the year with 80 wins and 60 losses, forcing a one-game playoff to determine the regular-season champion. The game was to be played on Tuesday night, September 5, at Rochester’s Red Wing Stadium, with gate profits to be split between the teams.11

Richmond’s Harris tapped Britton as his starter, no surprise given Britton’s dominance over the Wings that year. Rochester’s Weaver gave the ball to Mike Adamson, a 19-year-old rookie righty from California jocularly nicknamed “Cash” due to his lavish bonus-baby contract.12 Adamson had gone only 3-4 in nine games in Rochester, but had posted a 1.95 ERA and thrown a shutout in his brief stay with the Wings. A crowd of 11,459 packed the ballpark at 500 Norton Street to watch Britton and Adamson face off.13

Richmond second baseman Felix Millan led off the top of the first with a walk, but Adamson was unfazed, striking out center fielder Mike Lum and getting left fielder Aaron to bounce into an around-the-horn double play to end the inning. In the top of the third, singles by Richmond catcher Del Bates and Millan put runners on first and second with two outs, but Adamson once again struck out Lum to get out of the jam. Shortstop Gil Garrido lined a single in the fifth inning that came to nothing. Through six innings, that was the sum total of Richmond’s offense.14

Rochester got even less off Britton in the first six innings. No Red Wing reached base until catcher Owen Johnson hit a line-drive single to left field with one out in the sixth inning. Adamson followed by drawing a walk. But Britton escaped the inning by getting right fielder Ron Stone to pop to third base and striking out center fielder Johnny Scruggs.15

In the top of the seventh, rookie Adamson finally wrote a check his arm couldn’t cash. Beauchamp led off with a single and Cox followed with a double down the left-field line, putting runners on second and third. Richmond right fielder Mike Page, a .265 hitter, followed with a single to center field to score both runners. Adamson got the next hitter, Garrido, to ground into a force play, but then surrendered Bates’s second hit of the night. Reliever Rick Delgado came in and retired Britton on a bunt and Millan on a grounder to end the inning. Richmond had claimed a 2-0 lead.16 After the game, Weaver acknowledged that Adamson had lost some of his stuff in the seventh: “They weren’t his best pitches, any of them.”17

Both teams mustered one hit apiece in the eighth inning but could do nothing with them, so the 2-0 score held up going into the ninth. With Tommy Arruda now on the mound for Rochester, Cox led off with another double down the left-field line. Page advanced Cox to third with a groundball to second, but Cox could not score on Garrido’s grounder to shortstop. Arruda intentionally walked Bates to get to Britton, who was left in to hit. He bunted back to the mound and Arruda threw him out for the third out.18

Britton’s parents had made the 90-minute trip to Red Wing Stadium from the Buffalo suburb of Tonawanda, New York, to watch their son pitch the big game. When Britton came to the plate in the top of the ninth, his parents joined the rest of the crowd in giving their son a well-earned ovation. Russell Britton, the pitcher’s 60-year-old father, was applauding when he grabbed his side and crumpled over. Spectators rushed to his aid. After attempts at resuscitation, Russell Britton was taken to Rochester General Hospital, where he was pronounced dead of a heart attack.19

Unaware of his father’s condition, Britton returned to the mound to start the bottom of the ninth. He gave up a single to Stone, who took second on a groundout by Scruggs. Motton drew a walk, putting the tying runs on base.20 Manager Harris went to the mound and took the ball from Britton, ending his night. Harris later told reporters: “I didn’t take him out because of his daddy. Jim had worked hard. He was tired. I told him that his daddy had passed out in the stands; to go to him.”21

While Britton went to the hospital, right-handed reliever Larry Maxie came in to face another dangerous Red Wing, third baseman Steve Demeter. Maxie did his job, striking out Demeter for the second out. Playing the percentages, Harris summoned lefty reliever Skip Guinn to face lefty-swinging Rochester first baseman Ray Barker. Guinn got Barker on a groundball to close out the game, 2-0, and win Richmond its first International League pennant.22

In the Braves clubhouse, Harris put a stop to the emerging celebration by telling the team that Britton’s father had died. He told them that, while they had earned a celebration, it might not be appropriate. One of the players led the team in a prayer. “That boy is some kind of pitcher,” Harris told reporters. “It’s a dirty shame this had to happen.” In the other clubhouse, a subdued Weaver pointed out that none of the playoff excitement would have happened without Britton’s excellence.23

Perhaps drained by the intensity of their regular-season race, both the Braves and the Red Wings exited the Governor’s Cup playoffs in the first round. The Toledo Mud Hens, Detroit’s top farm team and the league’s third-place finisher, won the Cup. Britton’s tragedy-tinged September ended in Atlanta: He received his first big-league call-up and made two starts for the parent Braves in the final weeks of the 1967 season.24

Neither Baseball-Reference nor Retrosheet provides box scores of minor-league games, but the Rochester (New York) Democrat and Chronicle printed both a box score and a batter-by-batter game summary in its edition of September 6, 1967.

1 If you’ve never seen this happen, go run a Google search for “1982 Boston Marathon” and come back to this piece when you’re done.

6 The Milwaukee Braves’ Triple-A farm team played in Atlanta in the early 1960s. When the Braves moved to Atlanta in 1965, they moved their Triple-A team to Richmond, which had been left vacant when the former Richmond Virginians moved to Toledo and became the Mud Hens.

24 Britton pitched parts of four seasons for the Braves and Expos, posting a record of 13-16 with a 4.02 ERA in 76 major-league games. He appeared for the Braves in the 1969 National League Championship Series.