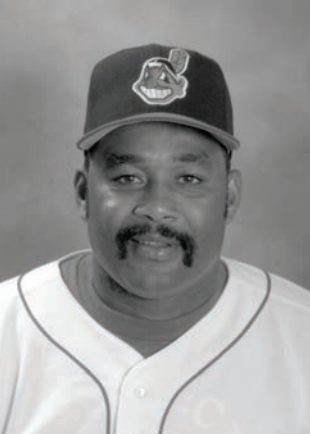 It had been 41 years since the Cleveland Indians were in the postseason. Of course, back in 1954, there was just the World Series. There was no Division Series or Championship Series, just two eight-team leagues, with the respective winners facing off in the fall classic. Expansion over the years, from those eight clubs to the 28 teams in 1995, made it necessary to add layers of playoffs. The Division Series, or LDS as it became known, was to be brand-new in 1994. But there was no postseason in 1994 because a player strike wiped out the end of the season after August 10, and even part of 1995.

But Tribe fans could care less what the level of playoffs were ahead. It was only a matter of time before their team clinched one of the four spots in postseason play. They had opened up a 22½-game lead on the Kansas City Royals, and had been coasting for some time. They had been playing before sellouts since June, and baseball was at a fever pitch in Cleveland.

There was another attraction present at the ballyard that evening. Cal Ripken was baseball’s new ironman, having eclipsed Lou Gehrig’s streak of 2,130 consecutive games played. Ripken set the new record of 2,131 on September 6, and the next day a parade was held through the streets of Baltimore in his honor. “After having gone through the parade and everything I can’t ever remember being this tired,” said Ripken. “Mentally it has been draining and physically exhausting. But there is a certain sense of relief.”1

The sellout crowd of 41,656 at Jacobs Field gave Ripken a standing ovation at the beginning of the game, and in the bottom of the fifth inning, when consecutive game 2,132 became official. Each time, the classy Ripken acknowledged the crowd by doffing his cap.

The starters for the game were two right-handers. Orel Hershiser in his debut season for the Indians was as advertised. “Bulldog” provided veteran leadership and together with Dennis Martinez, Charles Nagy, and Ken Hill made up a formidable rotation for the Tribe. He was 12-6 so far and answered the call even though his 37th birthday was just a handful of days away.

Hershiser’s opposition was Kevin Brown, a hard-throwing, oft-injured pitcher who had led the AL in wins (21) in 1992. But he was 7-8 for the Orioles, and at season’s end would depart the Charm City for the Florida Marlins.

The Indians broke through first in the bottom of the third inning. The big hit was a two-out single by Eddie Murray that plated two runs. The Indians were up 3-0 after three.

The Orioles answered with a single tally in the top of the fourth when Curtis Goodwin scored on a double-play ball hit by Bobby Bonilla. They scored again in the seventh on doubles by Harold Baines and Jeff Huson, chasing Hershiser from the game. Cleveland’s lead was sliced to 3-2.

But the Indians bullpen held the Orioles the rest of the way. In the ninth inning, José Mesa came on to earn his 40th save. Mesa walked Chris Hoiles with two outs, and the crowd grew a bit anxious. It was not until third baseman Jim Thome caught a pop fly off Huson’s bat that delirium set in. Hershiser got the win to raise his record to 13-6, while Brown was tagged with the loss, his record on the year dropping to 7-9.

The team headed out as one to center field, wearing AL Central Division Champion shirts and caps to raise the banner that proclaimed their first championship of any kind since 1954. “I cried watching it go up,” said Sandy Alomar Jr. “That’s the first banner we’ve had here. I never saw the one in 1954. I wasn’t born yet.”2

As the banner was being raised, the song “The Dance,” by Garth Brooks, was blaring from the ballpark’s speakers. The song was in remembrance of Indians pitcher Steve Olin, who had died two years earlier with fellow pitcher Tim Crews in a spring-training boating accident. It was Olin’s favorite song. Cleveland manager Mike Hargrove requested that the song be played over the public-address system. “I thought it would mean a lot to anyone who was there (with the Indians at the time of the accident in 1993),” said Hargrove. “For those who weren’t there, it had no significance, but it was still a good song. It was a tribute to those guys, to their families. It was part of our promise to never forget them. We didn’t tell anyone that we were going to do it. For those who knew, there wasn’t a dry eye to be seen. I saw Charlie Nagy, tears rolling down his face.”3

It would not be until October 4 that the Indians would play their first playoff game. The wait for the postseason to begin was nearly unbearable as the Indians played out the rest of the season without consequence. It was to be a memorable playoff run at that. As former Indians President Gabe Paul once said, “Cleveland is a sleeping giant. Give the fans a winning team and they’ll flock to the stadium as they did in the past.”4

Fittingly, Gabe Paul was able to see his proclamation come true in 1995.

This article was published in “1995 Cleveland Indians: The Sleeping Giant Awakes” (SABR, 2019), edited by Joseph Wancho.