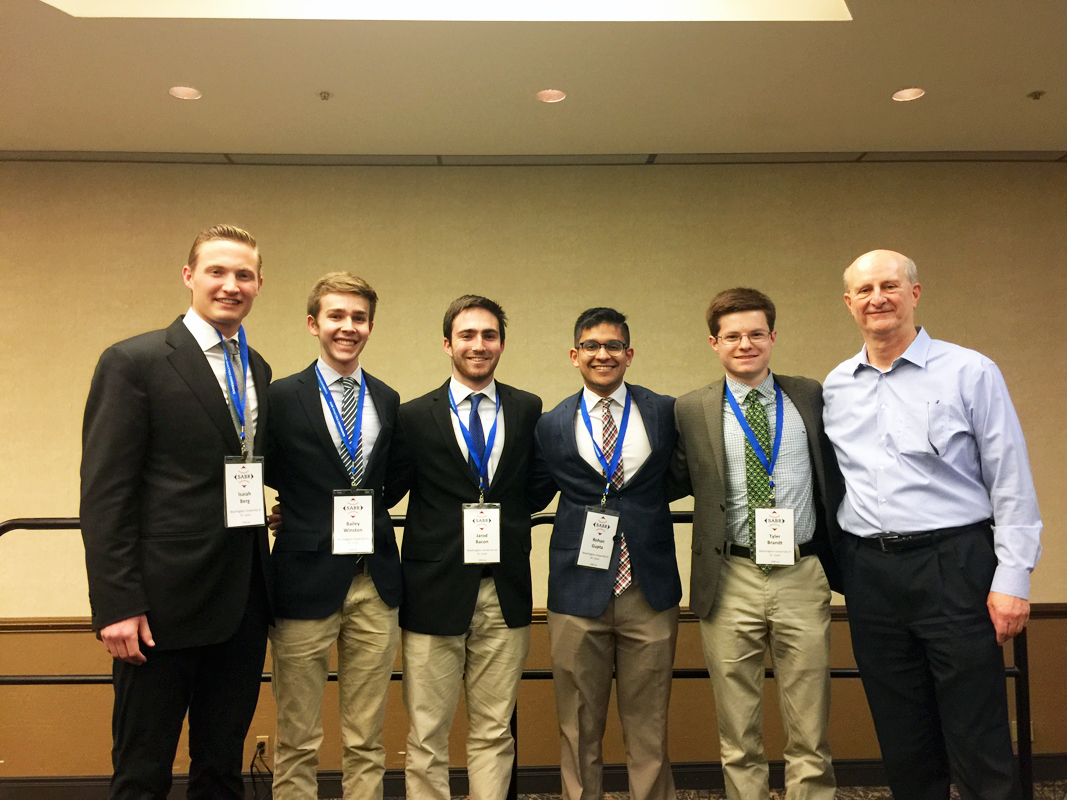 The 2018 Diamond Dollars Case Competition winners were announced Friday, March 9 during the SABR Analytics Conference at the Hyatt Regency Phoenix in Phoenix, Arizona.

The Washington University team — which was picked to deliver an encore presentation in front of the full SABR Analytics Conference on Saturday — included Jarod Bacon, Isaiah Berg, Tyler Brandt, Rohan Gupta, and Bailey Winston (pictured above). 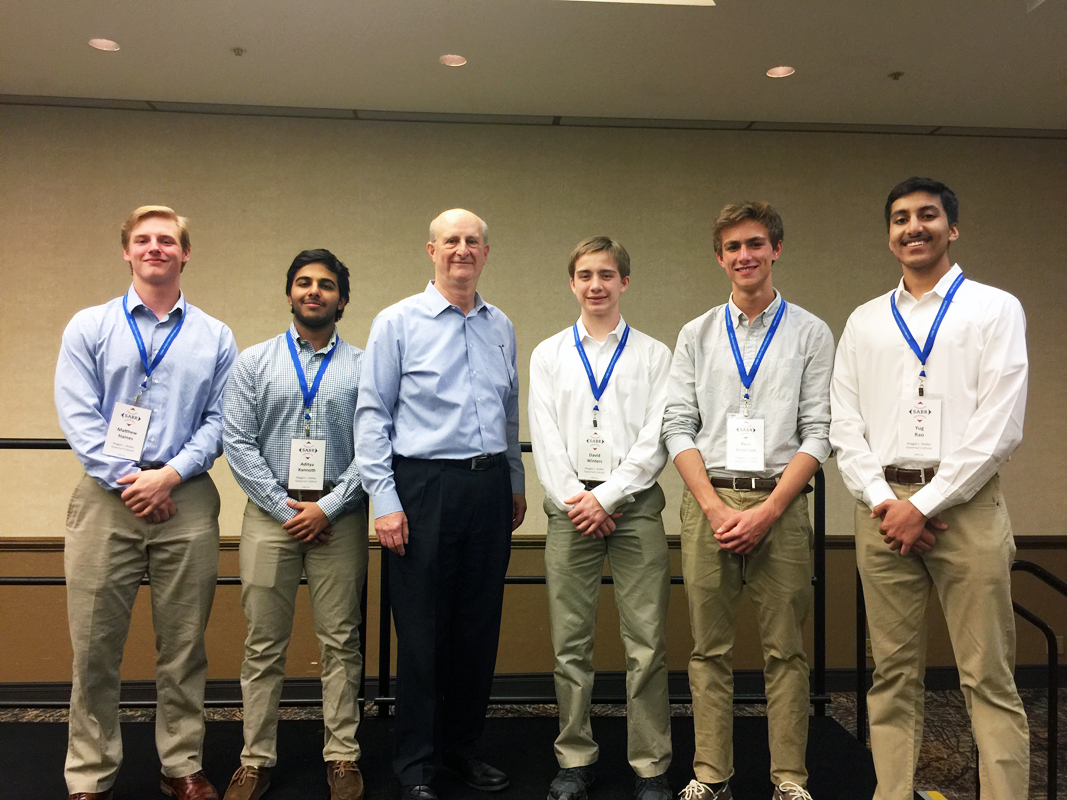 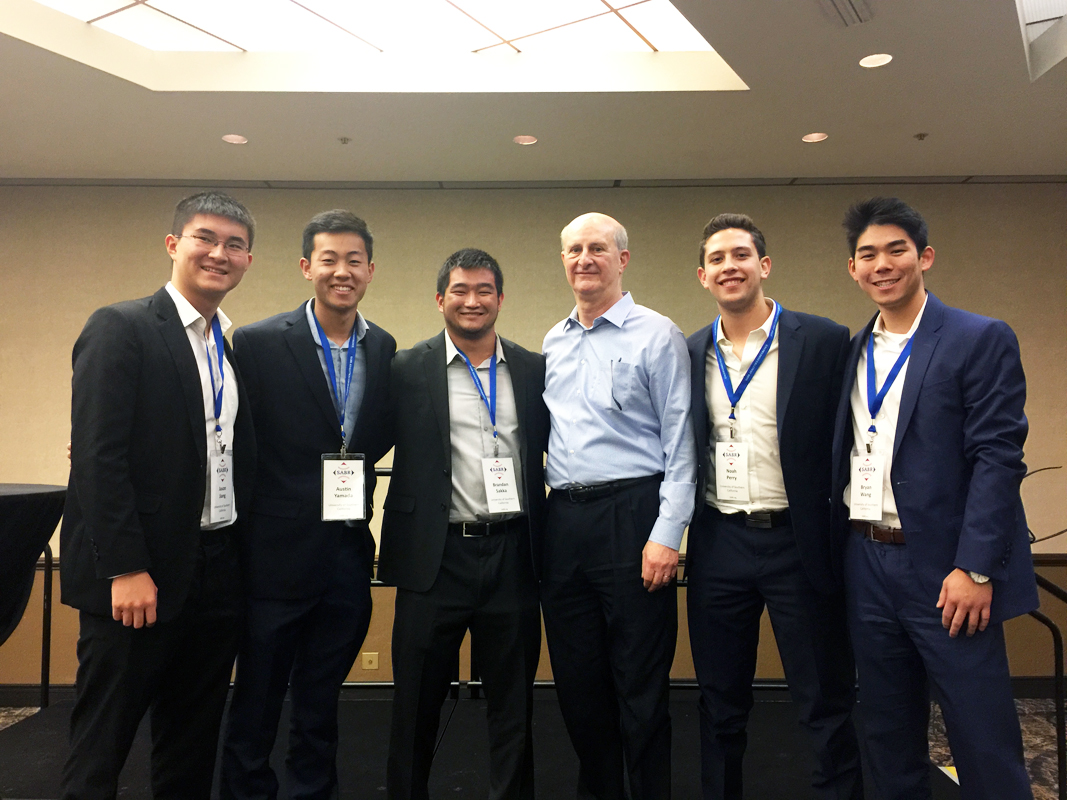 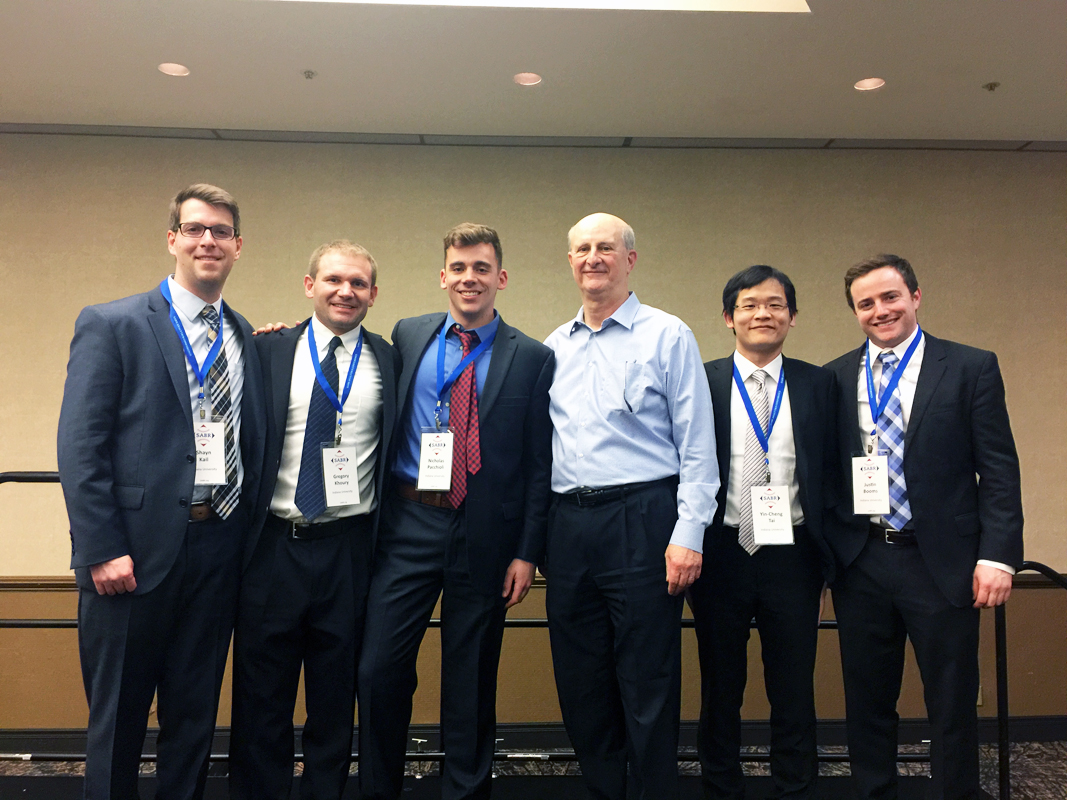 In this year’s case, students were asked to evaluate the relationship between launch angle and exit velocity, using data from MLB Statcast, BaseballSavant.com, and other publicly available tools, and then determine the optimal launch angle for four major-league hitters.

For more coverage of the 2018 SABR Analytics Conference, visit SABR.org/analytics/2018.