JULY 29, 2020 — John “Bud” Fowler has been selected as SABR’s Overlooked 19th Century Baseball Legend for 2020. The announcement was made on July 29 at the Nineteenth Century Committee’s annual business meeting held during SABR Virtual.

This spring, a record 341 SABR members submitted their votes for the 2020 Overlooked 19th Century Base Ball Legend — a 19th-century player, manager, executive or other baseball personality not yet inducted into the National Baseball Hall of Fame in Cooperstown, New York.

Fowler was a pioneering black baseball player, manager, organizer, and promoter. He was born John W. Jackson in Fort Plain, New York, in 1858. By 1860 his family was living in nearby Cooperstown, where he would learn to play baseball on the fields of the Cooperstown Seminary. Jackson went by the last name of Fowler by the time he became a ballplayer.

He joined the amateur Franklins of Chelsea, Massachusetts, for the 1878 season. Fowler pitched for Chelsea in a game against the Live Oaks of Lynn, Massachusetts, on April 13. Eleven days later he pitched for a picked nine in an exhibition against the Boston National League club, outdueling Tommy Bond for a 2-1 victory. These games certainly caught the attention of the Live Oaks, a member of the International Association. On May 17, Fowler pitched a 3-0 shutout for the Live Oaks over the Tecumsehs of London, Ontario. The game marked the first time an African American played in Organized Baseball. This important game was just the beginning of a notable career in baseball.

For the next two decades, Fowler, who started as a pitcher but could play all nine positions, faced racism from fans, opposing players, team administrators, and teammates, thus making each stop usually a brief one despite often being the best player on the team. Historian Robert Peterson, in his classic book Only the Ball Was White, stated Fowler was “unquestionably of major-league star calibre.”

As early as 1883, Fowler tried to form a “colored league” and in 1887 formed the first successful African American barnstorming team, the New York Gorhams. In 1894, he would be the driving force behind the establishment of the famed Page Fence Giants. Fowler died on February 26, 1913. He was buried in an unmarked grave in Frankfort, New York. SABR put a marker on the grave in 1987. On April 13, 2013, a street in Cooperstown was named Fowler Way to honor the baseball great.

Fowler was an Overlooked Legend finalist for the second time this year, after finishing second in 2019. Here are the final election results, with their point totals: 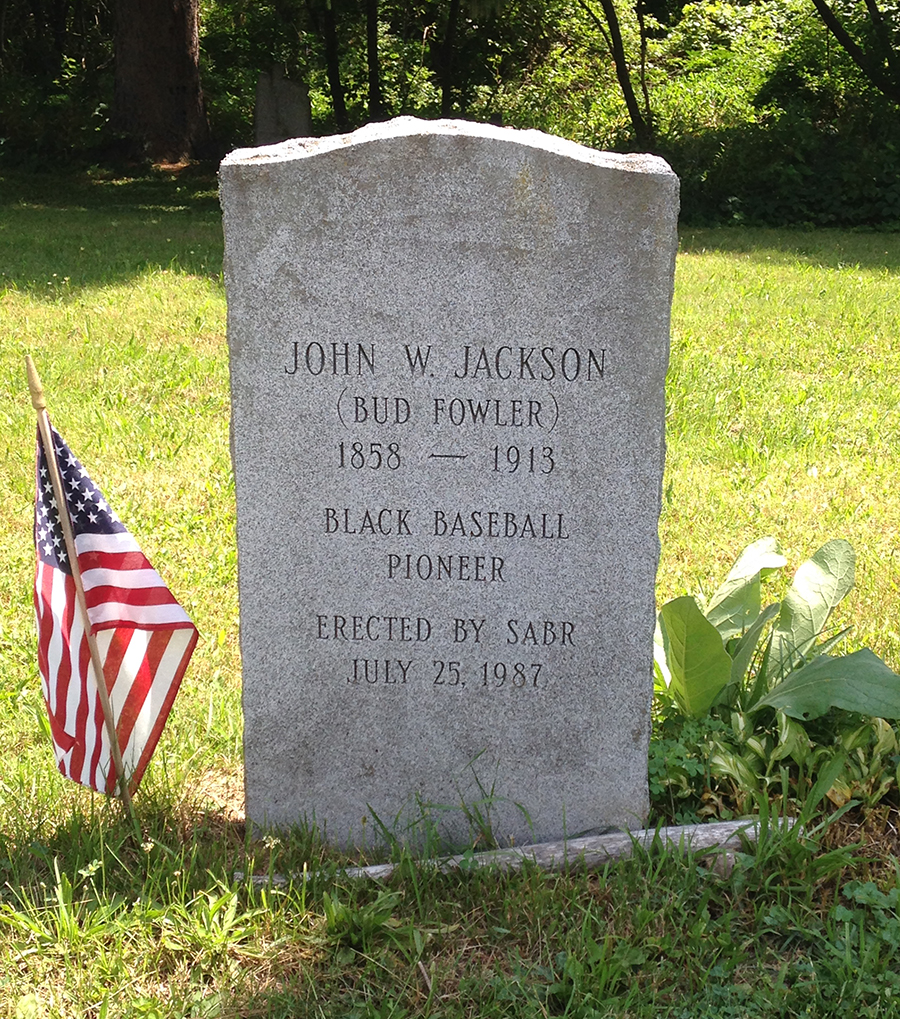