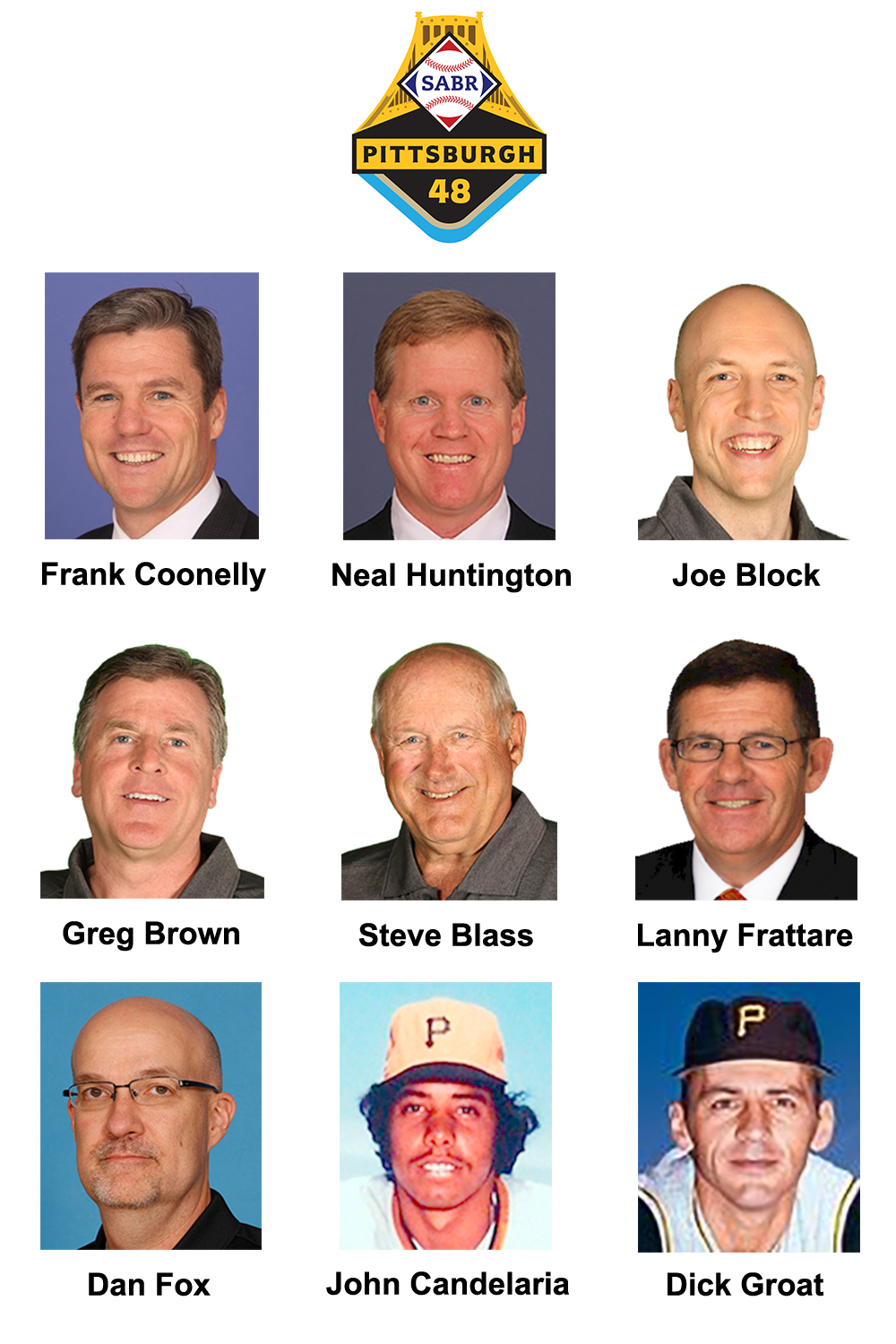 The most passionate and knowledgeable baseball fans in the world are coming to the Steel City this week!

Register today for SABR 48 to join us on June 20-24, 2018, at the Wyndham Grand hotel in downtown Pittsburgh, Pennsylvania. Find the full convention schedule online at SABR.org/convention/sabr48-schedule.

All baseball fans are welcome to attend; full conference registration and single-day registration is available at SABR.org/convention or on-site at the Wyndham Grand beginning on Wednesday, June 20.

SABR 48 will be highlighted by these innovative and interesting panel discussions, which will all be held at the Wyndham Grand hotel:

We’ll also have some special guest speakers at our research committee meetings, including:

On Friday, June 22, SABR will present “A Day at the Ballpark” before the Pittsburgh Pirates game on Friday, June 22 at PNC Park. The pregame ballpark session will be held from 2:30-4:30 p.m. that afternoon at PNC Park, followed by the game that night between the Pirates and the Diamondbacks. Our guest speakers are expected to include:

Purchase of SABR 48 conference registration (full or single-day rates) AND a game ticket will be required to attend this special session. Guests and spouses can get in the ballpark early with purchase of a special SABR 48 Ballpark Session pass ($25) and a Pirates game ticket. Click here for more details.

At SABR 48, there also will be 32 groundbreaking presentations of baseball research — including studies of all aspects of baseball past and present, from Honus Wagner and Forbes Field to the Negro Leagues’ Homestead Grays and Pittsburgh Crawfords to modern pace-of-play concerns, MLB Statcast, and much more.

As always, there’s the highly competitive and entertaining SABR Trivia Contest finals on Saturday night, not to mention informed and opinionated baseball talk all week long with new and old friends that you’ll meet during the convention.