DECEMBER 2, 2021 — SABR’s Pee Wee Reese Chapter in Louisville, Kentucky, has dedicated a memorial at Cave Hill Cemetery for John Lewis Dodge, a professional baseball player who died after being hit by a pitched ball in 1916. Thursday’s ceremony is part of a larger project planned in 2022 to celebrate the history of baseball in Louisville.

Dodge, an infielder for the Mobile Sea Gulls and a Louisville resident, was playing in a minor league game against the Nashville Vols when tragedy struck in the seventh inning.

His career in professional baseball began in 1909 with the Newport Pearl Diggers and Jonesboro Zebras soon after. In 1912, Dodge reached the major leagues at age 19 with the Phillies and later played for the Reds. An infielder, Dodge was known for his defense, with quick hands and a strong arm, gaining him a reputation amongst sports writers as “one of the best fielders seen in a long time.” Due to his weak hitting, however, Dodge was demoted to the Louisville Colonels, where he played during the 1914 season.

The placement and unveiling of Dodge’s marker in Cave Hill Cemetery will be the kickoff for additional historical Louisville baseball activities. More than 50 baseball players — from the likes of Pete “The Gladiator” Browning and Jimmy “Chicken” Wolf — are buried in Cave Hill Cemetery, alongside members of the Hillerich and Bradsby families and many others connected to baseball history. A special baseball tour is planned that will highlight the history of those in Cave Hill, which is hoped to include players buried in adjoining Eastern Cemetery, where a marker will be placed over the remains of Negro Leagues player and manager Felton Snow in the coming months.

Additionally, SABR and additional partners are in the early planning stages of developing a city-wide trolley tour that will highlight the storied history of baseball in Louisville, which will include stops at the Louisville Slugger Museum, Elliott Park — where the first African American player, Moses “Fleetwood” Walker, appeared in a major-league game and where the first Louisville Slugger bat was used — and other points, before finishing the day at a Louisville Bats game. Volunteers and those with old records or memories are welcome to join in. 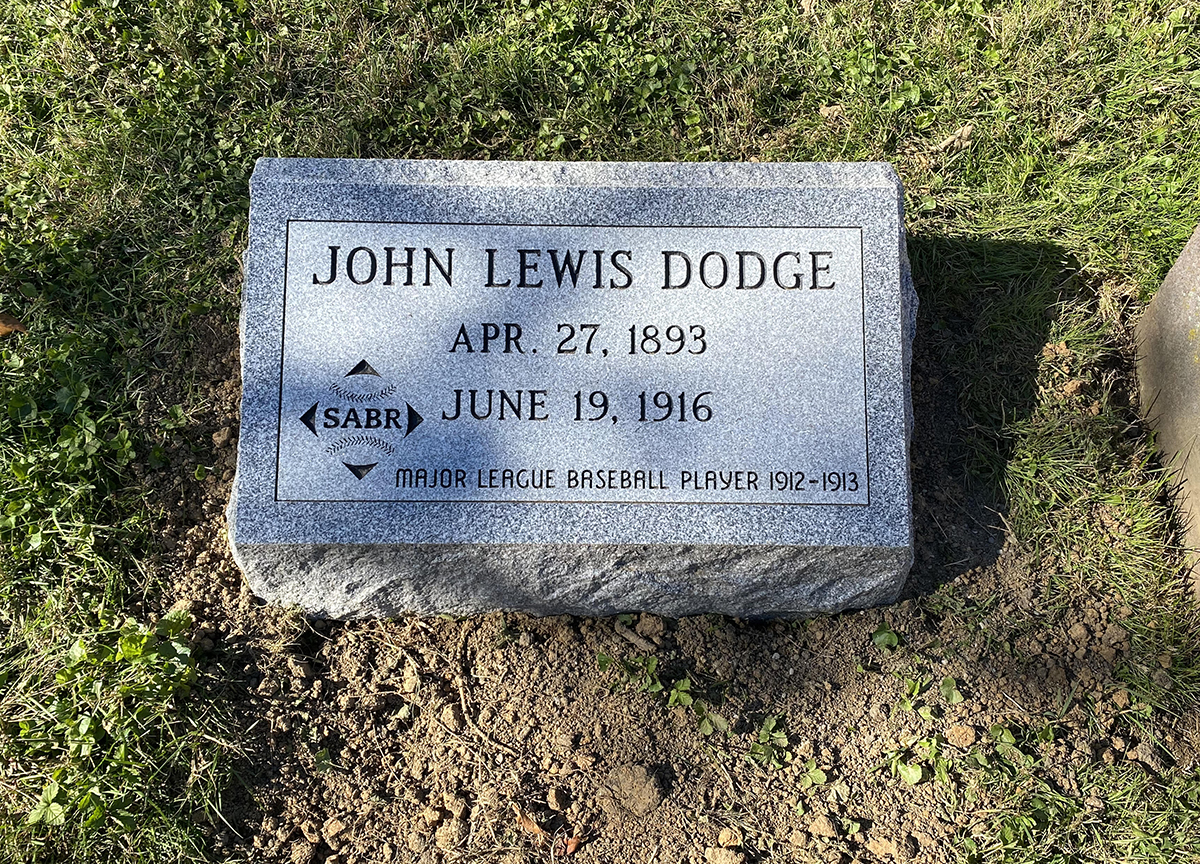