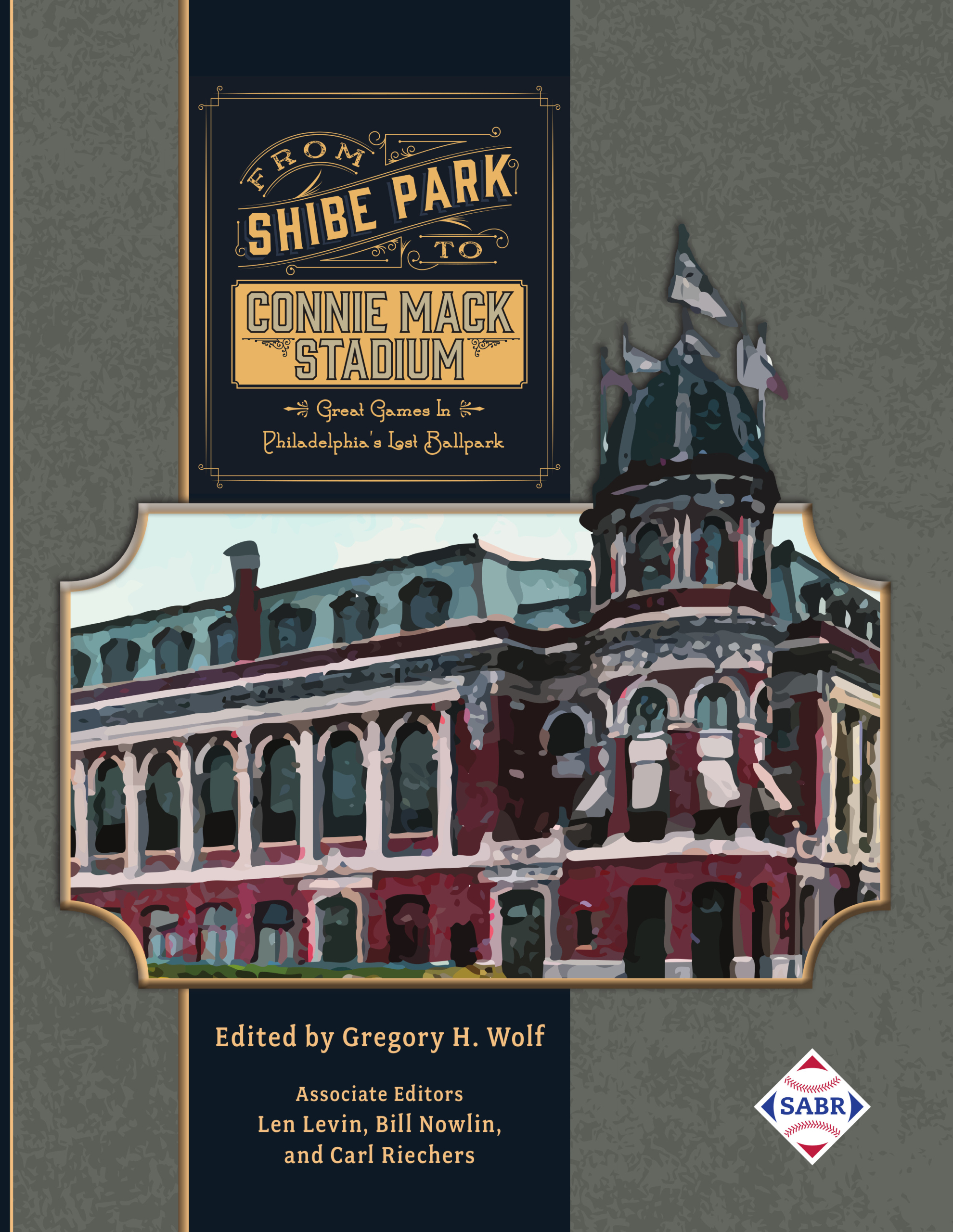 From Shibe Park to Connie Mack Stadium: Great Games in Philadelphia’s Lost Ballpark evokes memories and the exciting history of the celebrated ballpark through stories of 100 games played there and several feature essays. The games included in this volume reflect every decade in the ballpark’s history, from the inaugural game on April 12, 1909, to the last, on October 1, 1970.

Shibe Park was the home of the Philadelphia A’s from 1909 until their relocation to Kansas City after the 1954 season, as well as the Philadelphia Phillies from 1938 until the ballpark’s closure at the end of the 1970 season. In 1953 Shibe Park was renamed Connie Mack Stadium in honor of the baseball icon who had managed the Athletics for their first 50 seasons. Baseball’s first steel-and-concrete ballpark, it hosted big-league baseball for 62 seasons and more than 6,000 games, including in excess of 3,500 games by the A’s and 2,500 by the Phillies.

This volume is a collaborative effort of 41 members of the Society for American Baseball Research (SABR) and one of SABR’s many books showcasing historic ballparks.