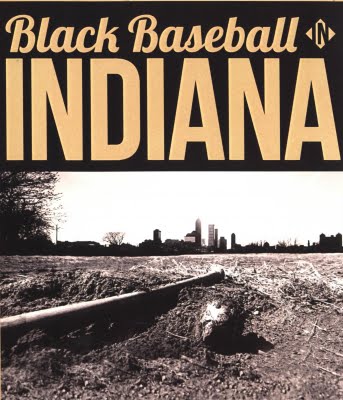 The theme of the 2011 Malloy Conference was "Black Baseball in Indiana," also the title of a half-hour documentary film produced by students at Ball State University's Virginia B. Ball Center for Creative Inquiry, under the advisement of Negro Leagues historian and SABR member Geri Strecker, a two-time recipient of the McFarland-SABR Baseball Research Award.

"Black Baseball in Indiana" was screened on July 7, 2011, to SABR 41 attendees during the national convention's Film Festival in Long Beach, California. Several of Strecker's students were on hand to introduce the film and discuss it afterward.

As a result of their research, the Indiana Historical Society placed a commemorative marker on Friday, July 22, at the site of Washington Park, where the first Negro National League game was held in 1920. The old ballpark, on the grounds of what is now the Indianapolis Zoo, had been lost for decades.

In 2009, Strecker discovered photos at Carnegie Mellon University that revealed the location of Greenlee Field in Pittsburgh, home to the Pittsburgh Crawfords and Homestead Grays, powerhouse Negro Leagues clubs in the 1930s.

In 2011, the Negro Leagues Committee awarded $2,500 scholarships to two graduating high school seniors as a result of its third annual national essay contest.

The selection committee of educators Philip Ross (New York), Tom Garrett (Virginia) and Stephanie Liscio (Ohio) selected Annie Yang of Watchung Hills Regional High School in Warren, New Jersey, and Emma Murphy of Osbourn High School in Manassas, Virginia. Yang’s essay, “Rube the Renaissance Man”, is an examination of the influence of Rube Foster that went far beyond the baseball diamond. Murphy’s essay, “A Dream Pursued”, focuses on the struggles of Jackie Robinson to overcome the barrier of segregation and to leave a legacy for so many to follow.

The contest was open to high school seniors planning to pursue a degree at an accredited U.S. post-secondary institution and carrying a minimum 2.5 GPA at the end of their junior year. Students had to write a 1,000-word essay answering one of the following questions: “What is the Legacy of Jackie Robinson?” or “What influence or impact did Rube Foster have on the African American Community by creating the Negro Leagues?”

The second annual Jerry Malloy Negro League Conference Art Contest attracted artwork from all over the nation in three categories: professional, amateur and youth. Art from the winners and runners-up were on display in a special area at the 2011 Malloy conference. The winners were:

The winning entry in each category received a $400 prize and a certificate from the conference. The winners and runners-up art will also be displayed this summer at the National Art Museum of Sport in Indianapolis and photos of the art will also be included in an upcoming issue of Black Ball: A Negro Leagues Journal, published by McFarland.

Liberty Middle School intended to use the grant to purchase new books for the library; to provide students with the chance to attend a 2011 Education Day game at Jackie Robinson Park in Daytona Beach, Florida; and to read two books, researching and presenting their findings to the class. More than 110 students were expected to be involved with this project. Terri Mayhew Adams is the school librarian.

Edward T. Bowser Sr. Elementary School intended to use the grant to purchase new books for the library; to create social awareness through projects that connect students through the history to the participants and their community; to invite the community to the school to view student projects; to create online video podcasts to archive their work; and to engage in Skype conversations with scholars, authors, researchers and former ballplayers. Ilia Kerstein is the school librarian.

To get back to the Jerry Malloy Conference home page, click here.