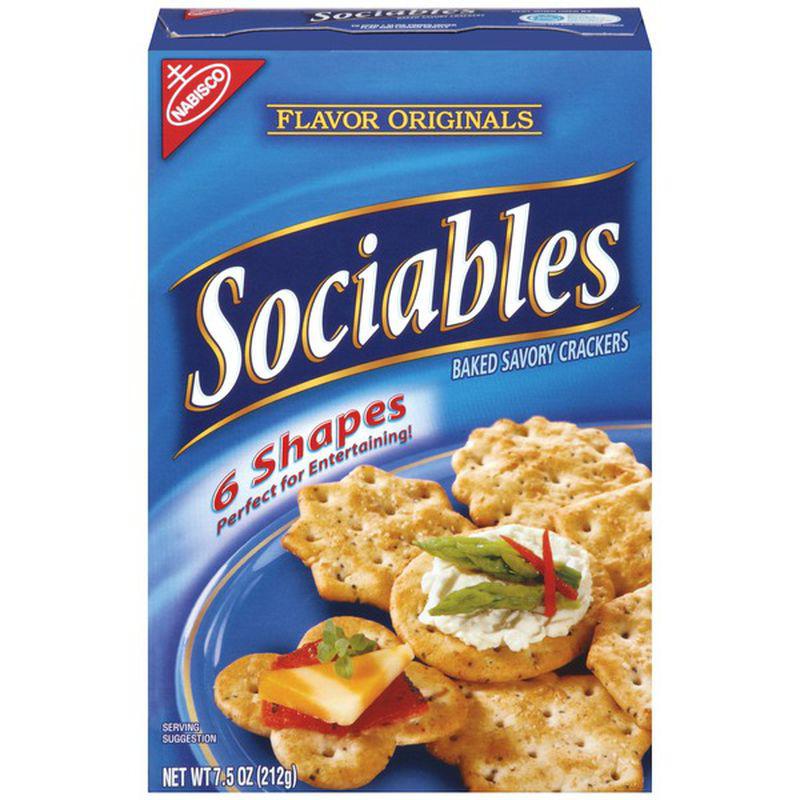 We’re not baked and savory, but we are every bit as appealing as a delicious cracker, if not more so! We’re calorie-free, low in sodium, and very active on social media.

On Facebook, where we’re over 2,600 members strong, J.G. Preston posts informative tidbits on bios every day. On Twitter, Gregory H. Wolf tweets on behalf of the BioProject to more than 10,600 followers. Both platforms are excellent ways to connect with fellow SABR members and researchers and to ask questions about sources and research.

In other words, it’s where all the cool kids are. Come join us!

In our last newsletter, we put out a call for vetters. We’d like to renew that call and ask for additional qualified editors and fact-checkers, as well, to help the effort. Volume has picked up even more lately, and processing capacity needs to match it.

Separately, we’d also like to share a story of how vetting two different bios turned up a connection between the two.

The Fringe Benefits of Vetting

Here’s an example of how vetters can use their knowledge to make extra contributions to biographies at the margin.

Recently, Rory vetted the bio of John Dodge, a third baseman who played in the majors in 1912 and 1913, and was killed by a pitched ball in June 1916, while playing in the minors for the Mobile Sea Gulls. The author, Chris Betsch, also contributed a story to SABR’s Games Project on the game in which Dodge was beaned.

Sometime later, Rory vetted another bio, that of pitcher Harry Juul, who pitched in the Federal League in 1914. As he worked on this story, he saw that the Mobile Sea Gulls signed Juul in late June 1916. Having worked on the John Dodge stories previously, he thought that the circumstances could well be connected. He checked on Newspapers.com … and, sure enough, they were.

The author of the Harry Juul bio, Bill Lamb, graciously accepted the addition of a passage about the connection. We linked to Chris Betsch’s Games Project story too.

Additional notes from the Co-Directors

We indicated in the October 2018 newsletter that while there were a few precedents for “bios” of fictional characters, this was not a genre we wished to pursue actively.

As of May 2020, we wish to announce that such articles are outside the mission and scope of the BioProject. No further such assignment requests or submissions will be accepted.

Also, if you wish to write about a minor-leaguer, the subject needs to be significant (to be determined on a case-by-case basis).

In response to a recent inquiry about official scorers, these stories can and do deserve to be in the BioProject, but also on a case-by-case basis. If approved, please keep them succinct.

We are seeking a volunteer to take over from Emily Hawks, who has headed this effort but has informed us of other commitments. The primary project she had been overseeing was the Hall of Fame Ballot Initiative. Emily worked with Jacob Pomrenke to identify people on the Hall of Fame ballot who don’t yet have bios, then post a call in “This Week in SABR” to try to solicit authors (and encourage them along the way since many of them are often new authors).

If you wish to take on this task, which could entail generating some new ideas for how to get more people involved, Emily is happy to help with the transition. She thinks there will be some great opportunities to develop the initiative in the future, given some of the projects that the SABR leadership and staff are currently pursuing.

As of this newsletter, the total number of biographies in the BioProject stands at 5,195. Since the last newsletter, we’ve posted 105 new bios online, including six by first-time authors. 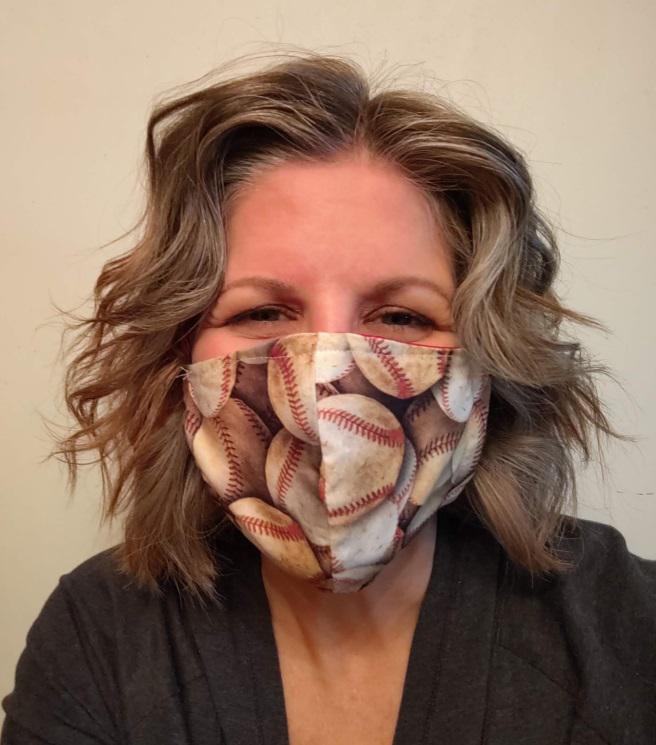 Your editor, who would very much enjoy a baseball game and a haircut (and not necessarily in that order)

Are we all tired of reading and thinking about the coronavirus pandemic? Can we please just have a baseball newsletter and not talk about it? Well, yes. Mostly. But this unprecedented time practically demands that I mention it. Not to worry, though. I’ll come around to baseball in a moment.

Since late March, I’ve been able to keep myself pretty well quarantined. I can work, to some degree, from home, and I’m fortunate to be part of a small company, which means it’s not difficult for us to avoid each other when we need to be in the office. But, like most people, I’m riding this out mainly at home.

The silver lining of a statewide, mandatory stay-at-home order has been the gift of time, and I’ve used a lot of that time to catch up on reading. I recently read a story in the April 2020 issue of Sports Illustrated disgustingly titled “Hocked LOOGY: A requiem for the most majestic of creatures: the Lefthanded One-Out Guy.” (It’s hard to believe that a title that unappealing led me to read further, but, as I said, these days, I have time.)

It’s an interesting read with tragicomic lines like, “After all, what Little Leaguer dreams of five pitches and a shower in Milwaukee?” And it made me wonder if we have bios on any of the players — Kelly Wunsch, Randy Choate, Will Ohman, Mike Myers — who are mentioned in the story. As you might guess, the answer for all four is no. If you click those links, you’ll see that each has a “placeholder” page but no actual bio.

This led to more wondering. What draws our BioProject authors to write about a particular player as opposed to a Kelly Wunsch or a Randy Choate? With so many players to choose from, how do we decide?

I’ve written one bio, and the decision, for me, was … well, there was no decision: I wrote about my idol, Bo Díaz. Rory Costello, co-director and chief editor of the BioProject, is also one of its most prolific authors. Rory’s pet topics are Virgin Islanders, Hawaiians, Bahamians, and graduates of his alma mater, Williams College. Gregory Wolf, who shares director responsibilities with Rory, has written over 150 biographies and tends to focus on the Pirates, Cardinals, (the St. Louis) Browns (later the Orioles), Reds, and Cubs — the teams of cities he’s lived in. Bill Nowlin, a member of the SABR Board of Directors, has also done an extensive amount of writing and is devoted to the Red Sox.

Chris Rainey, a SABR member since the late 1970s and the BioProject’s chief fact checker, wrote his first bios about Bumpus Jones and Mike Kahoe, who were from the two small Ohio towns closest to where Chris lived. Next, he wrote about Rabbit Warstler, with whom he shared his N. Canton hometown, and, after that, he turned his attention to the Cleveland Indians. Chris says that now he focuses on players who are mentioned in another player’s bio and but who don’t have a biography or biographer of their own. “If I can find an obituary on that player, I’ll add him to my list. My friends will tell you that I specialize in guys who had very short careers — which often happened with Indians players.”

Bill Lamb, editor of “The Inside Game,” the newsletter of SABR’s Deadball Era Research Committee, says that his interests encompass players from the 19th century through the Deadball Era, particularly obscure or forgotten ones about whom he knows little. Bill has also profiled players from his hometown of Bloomfield, New Jersey, and long-gone ballparks once located in the NYC-Northern NJ area.

Niall Adler, the former sports information director for Long Beach State and Stanford University, says it was a natural fit for him to write about obscure West Coast guys who went to Bay Area schools, and doing so has led to some deep dives into family histories. He has also written bios on two Negro Leaguers (John Wright and Murray “Skeeter” Watkins), which presented the unique challenge of uncovering information that is long forgotten or that was never widely known to begin with. Niall says that he sometimes writes a bio with the player’s family in mind, hoping that maybe a relative will find it and say, “I didn’t know that about my grandfather.”

It’s clear that these BioProject writers have definite areas of interest, and knowing this led to more questions and sent me down more mental rabbit holes. (Maybe being quarantined has given me too much time to think.) I emailed our directors:

Do we have any record of the types of bios in the BioProject? I know we have a record of all of them, but has anyone cataloged the Babe Ruths and Joe Jacksons vs. the cup of coffee players? A record of player nationalities? And so on.

Rory responded and patiently pointed out that the BioProject has a “Browse” page that answers these questions. Really? It does? How am I just now learning about this? I emailed back: “Has that browse function always been there?” “As long as I can remember,” replied Rory, as I’m sure he sighed and wondered how I was able to learn to tie my shoes.

So, dear readers, on the chance that you are unaware of this as I was, allow me to lead you from the darkness by bringing it to your attention. The main page of the BioProject can be found at SABR.org/bioproject. On the right side of the page, you’ll find all kinds of ways to explore the project, including a link to browse the BioProject. I highly recommend clicking that link. Once on that page, you’ll see that the biographies have been organized into all sorts of categories such as achievements, awards and honors, all-stars, birthplaces, and more. What a revelation!

I hope you’ll spend some time exploring the BioProject in a new way. And if you’re a BioProject author, I’d love to hear from you about the player(s) you chose to write about and why.

As always, your comments, ideas, contributions, and suggestions for this newsletter are most welcome.

Stay safe and well, everyone.