Four students from the University of Chicago’s Booth School of Business had to outwit a hypothetical Scott Boras and devise a plan to help the Washington Nationals contend for the postseason in order to win the 2012 SABR Case Competition on Saturday, March 17. 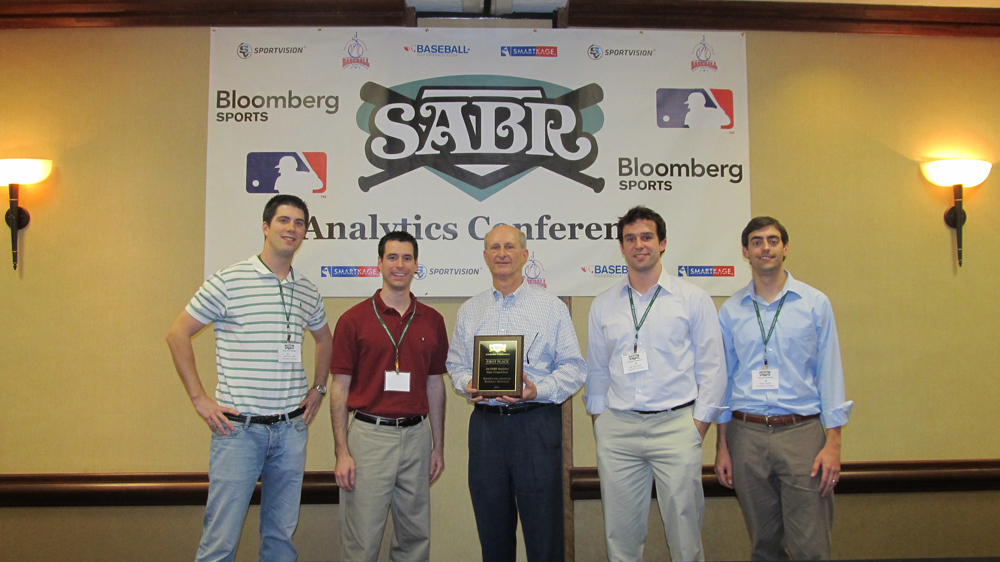 The SABR Case Competition was part of the inaugural SABR Analytics Conference, March 15-17, 2012, at the Hilton Phoenix East/Mesa in Arizona. Teams of undergraduate and graduate students from across the country made presentations on a unique baseball operations decision like those regularly faced by major league front offices.

The Case Competition, developed by SABR president Vince Gennaro, author of Diamond Dollars: The Economics of Winning in Baseball, is the first national competition based solely on baseball operations issues.

“One of the things that distinguished the Booth (presentation) was their outstanding use of risk analysis, particularly their Monte Carlo simulations on playoff probabilities and (looking at) some of the other considerations that weighed into their decision,” Gennaro said.

The students will each receive a complimentary three-year SABR membership, and will make an encore presentation of their case at SABR 42, scheduled for June 27-July 1 in Minneapolis, Minnesota.

“We all came (to the conference) at different times, so there’s about a 300-email exchange at this point of the (presentation), version 6 of version 20 of the Excel spreadsheet or something like that,” Hay said. “But we got the case on Monday and were ready to hit the ground running. It helped that we had some preparation before, so it took us about two hours to bang out the methodology and who was responsible for what.” 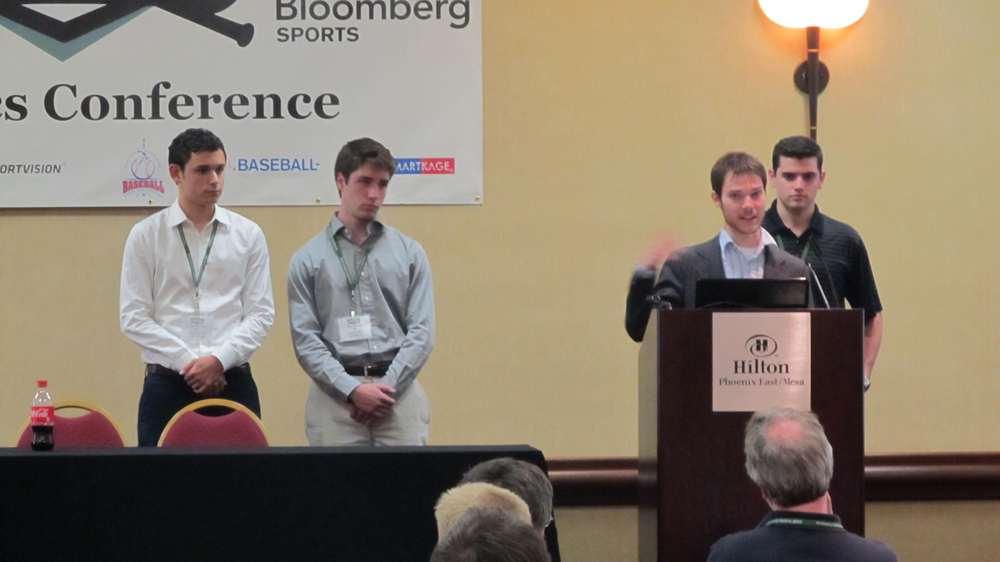 The four- to five-person teams were tasked with making a hypothetical decision about the Washington Nationals during the 2012 All-Star break. Students were given a detailed scenario about the Nationals’ first-half performance and trade options available to them from other teams’ GMs, then asked to analyze whether Washington should buy or sell certain players such as starter Edwin Jackson or Cincinnati Reds second baseman Brandon Phillips, or stand pat and do nothing at the break.

Coincidentally, the Chicago team was formed by a midseason “trade” of sorts, too. Hay, Rodriguez and Kennedy — all Harvard University graduates — were on the second-place team in a school-wide competition last fall to determine who would represent Booth at the SABR Analytics Conference. Because of other students’ scheduling conflicts, they joined with Lamb, an Arizona State University graduate from the first-place team, this weekend.

“It was awesome to see a lot of passionate people all in one place,” Hay said. “Unfortunately, we didn’t get to see many of the presentations because … apparently Scott Boras showed up (in the case) and we had to run a bunch of numbers Friday night! But hopefully we can come back next year as defending champs and see more of the papers and take advantage of the networking opportunities.”

After first-round presentations on Friday, Gennaro added a wrinkle to the case — a hypothetical Scott Boras trade proposal, “something that changes the scenario ever so slightly” — that the students had to incorporate into their presentations for the final round.

The final round was judged by Gennaro; Laurel Prieb, Major League Baseball’s Vice President of Western Operations; and Dave Studenmund, founder of The Hardball Times.

Yale University’s team of Adam Holzman, Noah Siegel, Nick Letizio and Niccolo Locati was cited for being the top finalist among teams comprised of undergraduate students. They will each receive a complimentary three-year SABR membership and complimentary registration to SABR 42 this summer in Minneapolis. 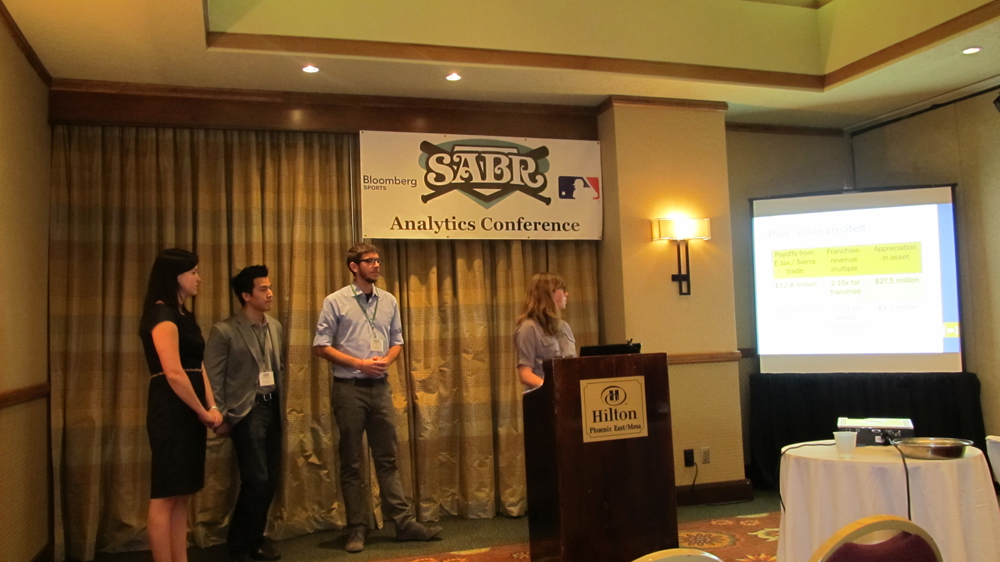 To learn more about the Case Competition, visit SABR.org/analytics/case.