The 2020 Diamond Dollars Case Competition winners were announced Friday, March 13 during the SABR Analytics Conference at the Renaissance Phoenix Downtown in Phoenix, Arizona. 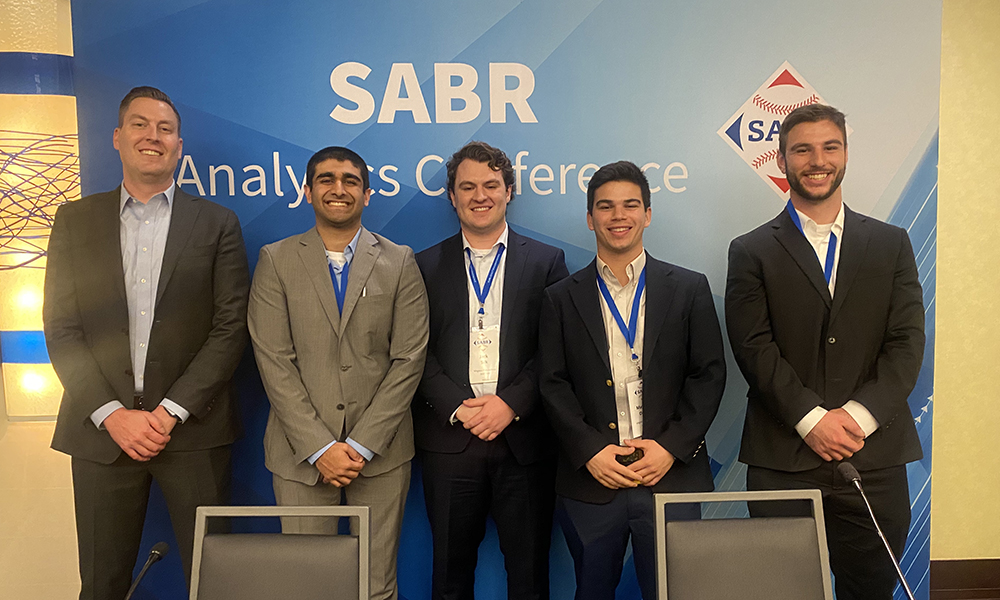 In this year's case, students were asked to prepare an organizational philosophy on dealing with the "third time through the order" problem.

Callahan and Tenenbaum are former winners of the Diamond Dollars Case Competition at the SABR Analytics Conference.