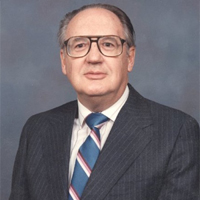 Bob” Davids (1926-2002) was the founder of SABR, the Society for American Baseball Research. Begun on August 10, 1971, when he beckoned a handful of top researchers to join him in a meeting at Cooperstown, SABR grew under his leadership to become the preeminent group of baseball researchers in the world. Bob’s personal contributions to baseball research go well beyond the founding of SABR. He was a regular contributor to The Sporting News in the 1950s and 1960s and authored Baseball Briefs, a compendium of interesting events originally published on a monthly basis. His personal research interests were reflected in his SABR published books: Great Hitting Pitchers, This Date in Baseball History, and the three-volume Minor League Baseball Stars. He also edited a commercially published anthology of SABR writings, Insider’s Baseball, for Scribners. He was the primary editor for most SABR publications in the Society’s early years. He had high standards for the conduct of research and had tremendous impact, both direct and indirect, in facilitating meaningful baseball work. He was selected as part of the inaugural class of Henry Chadwick Award winners in 2010.

Click on a link below to read some of his early SABR articles.