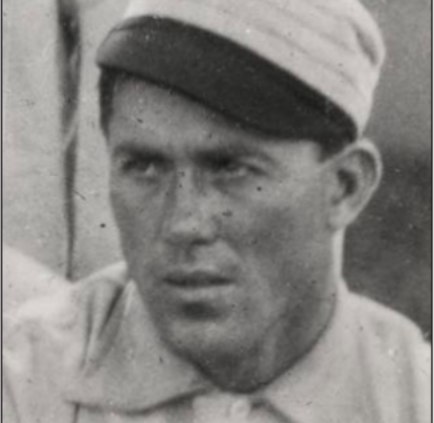 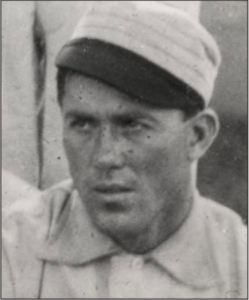 Outfielder Al Shaw played from 1907 to 1909 with the St. Louis Cardinals, for nine end-of-season games in 1907 and for more than 100 games in each of the following two years. For the next four years he played in Single A and Double A, until he came back to the majors for the two years the Federal League was in existence. He enjoyed two very good seasons with the Brooklyn Tip-Tops in 1914 and the Kansas City Packers in 1915.

Albert Simpson Shaw was born in Toledo, Illinois, to John Franklin Shaw and Julia A. (Friddle) Shaw, both originally from North Carolina, John from Rock Creek and Julia from Raleigh. They were married in Greensboro, North Carolina, and farmed in Cumberland County. They had eight children (five girls and three boys). Albert was their first son, born on March 1, 1881.

At some point prior to the 1900 census, like many in his generation Albert dropped out of school. He became a railroad laborer, a gandy dancer as the men who laid track were called. He helped lay the rails for the Toledo, Peoria & Western Railway system.

While it can be assumed that Shaw played in one of the numerous semipro leagues that were in virtually every town in America during this time, the first published record of Shaw playing professional baseball shows him playing center field for the Springfield Babes in the Class-B Central League in 1905. In his first year in professional baseball, Shaw appeared in 13 games and accumulated 10 hits.

The next season Shaw played for the Cedar Rapid Rabbits of the Class-B Iowa-Illinois-Indiana League (the Three-I League). Shaw played outfield in 99 games and had 99 base hits for a .279 batting average. His fielding percentage was .896.

In 1907 he split time between the Rabbits and the Springfield Senators of the Three-I League, hitting for a combined .265 average. This apparently was enough to impress the St. Louis Cardinals, who purchased his contract and brought him to St. Louis late in the season.

In 1906 the Cardinals had finished the season with a dismal record of 52-98, a whopping 63 games behind the pennant-winning Chicago Cubs of Tinker to Evers to Chance fame and, if not for the hapless (49-102) Boston Beaneaters, would have finished in last place.

The Cardinals were led by baseball lifer John “Honest John” McCloskey, who had been managing at some level of professional baseball since 1888. Before his appointment as Cardinals manager in 1906, he had not been a major-league manager since 1896, when he finished a two-year stint as the manager of the Louisville Colonels of the National League. The Cardinals were on their way to finishing the 1907 season with a record of 52-101, a laughable 55½ games behind the Cubs.

Called up at the end of the year, Shaw got into nine games and was 7-for-25.

In 1908 the Cardinals continued in their futility, 49-105. The team’s poor play, however provided a great opportunity for Shaw to get ample playing time, as he became part of a three-man platoon in center field and right field with Shad Berry and Red Murray.

St. Louis hoped for a turnaround in 1909. Cardinals owner Stanley Robison fired McCloskey, and was able to acquire 29-year-old future Hall of Fame catcher Roger Bresnahan from the New York Giants as player-manager. The trade cost the Cardinals their best hitter in Red Murray and their top pitcher, Bugs Raymond, who had won a team-high 15 games in 1908. It did offer more playing time for Shaw in 1909, and he posted up to that point a career high in games played with 114, the bulk of them in right field. His average dropped 16 points to .248. He drove in 34 runs and scored 45. Withn 55 walks, he boosted his on-base percentage to .355. Shaw stole 15 bases. He improved somewhat in outfield defense (.940).

The 1909 Cardinals, under the tutelage of Bresnahan, won five more games than the year before. They avoided the National League basement, but still finished 56 games behind the pennant-winning Pittsburgh Pirates.

After the season the Cardinals traded Shaw to the Giants. The Giants were well-stocked with outfielders, however, and Shaw was released before the season began.

Shaw went back down to the minors, hooking up with the Toronto Maple Leafs of the Class-A Eastern League, more or less equivalent to Double/Triple-A baseball today. Shaw set more career highs, playing in 139 games and finishing with a .282 batting average, while also contributing 13 triples and 11 home runs. The Maple Leafs finished with a winning record (80-72), good enough for fourth place in the eight-team league.

In 1911, Shaw’s second season in Toronto, the pitching staff had six pitchers with 10-plus wins, including future New York Giants pitcher Jeff Tesreau, Johnny Lush, and Dick Rudolph. Shaw had another solid season, finishing third on the team in batting average behind Tim Jordan and Bill Bradley, hitting .275 with 25 doubles, 4 triples, and 16 homers. The team posted a record of 94-59, finishing third.

During the 1911-1912 offseason, there was a reorganization of minor-league baseball and the whole classification system; the teams that in previous years had made up the Class-A Eastern League were now reorganized into the Double-A International League.

In 1912, in their first year in the International League, the Maple Leafs had an all-around solid team, 91-62, finishing in first place five games ahead of Rochester. Three pitchers won 15 or more games (Lush, Rudolph, and Bert Maxwell). Eight players batted over .300. Shaw hit .315, third behind Benny Meyer and Amby McConnell, and contributed 27 doubles, 6 triples, and 15 homers.

After the 1913 season, the Federal League declared itself a third major league. It elected not to join the National Agreement governing the American and National Leagues, did not adopt the reserve clause and offered higher salaries to entice players to jump to the Federal League. It got some prominent players, including Joe Tinker, Hal Chase, Chief Bender, Otto Knabe, Rebel Oakes, Hooks Wiltse, and Mordecai Brown, to jump leagues.

The league also tried to entice big-name stars like Ty Cobb and Walter Johnson. Johnson signed a contract with the Chicago Whales, but Washington owner Clark Griffith threatened to take Johnson to court over the reserve clause, claiming Johnson as Senators property. Griffith was able to re-sign Johnson.

In 1914 Shaw left Jersey City and joined the Brooklyn Tip-Tops. Their roster also included veteran major leaguers Solly Hofman, Jim Delahanty, and  Ed Laffite. Despite all the talent on the roster, the team finished in fifth place in 1914 with a .500 record (77-77), which placed them 11½ games behind the pennant-winning Indianapolis Hoosiers.

With the Tip-Tops, Shaw established himself as an everyday outfielder and played in 112 games, bouncing back from his dreadful 1913 season to finish second on the team in hitting with a .324 average, behind only the .348 of fellow outfielder Steve Evans. He drove in 49 runs and stole 24 bases.

Manager Bill Bradley of the Tip-Tops moved to the Kansas City Packers as an infielder for the 1915 season. Shaw went to the Packers as well. Led by player-manager George Stovall, the Packers, in sixth place at 67-84 in 1914, improved to 81 wins in 1915, and finished in fourth place, 5½ games behind the pennant-winning Chicago Whales. Among the everyday starters, Shaw finished third on the team with an average of .281, behind only fellow outfielder Grover Gilmore and second baseman Duke Kenworthy (.285 and .298 respectively). Shaw’s 67 RBIs tied him for the team lead with George Perring.

After the 1915 season, the Federal League’s quest to become a third major league ended and the league folded. Shaw played one more season, for the Toledo Mud Hens of the Double-A American Association. In 70 games he batted .221. After the season Shaw, 35 years old and a veteran of 12 years in professional baseball, called it a career.

At the dawn of World War I, Shaw was living in Clinton, Indiana, and working as a taxicab driver in Frankfort, Indiana. After the war, Shaw continued to live in Indiana and on March 14, 1921, married Katie Hancock there. The marriage produced a least one son, who predeceased Shaw. During World War II, Shaw, in his 60s, worked for Augustus Archer in Charleston, Illinois.

In a March 1974 interview with the Danville (Illinois) Commercial News, Shaw, then a widower in his 90s, said he remembered his baseball-playing days fondly, and since then had held a number of jobs, with nothing being permanent. Shaw said the best player he ever saw was Honus Wagner and the best pitcher was Christy Mathewson. He said he could not comprehend the concept of artificial turf on a baseball diamond. Shaw said he still followed the Cardinals and Cubs.

Shaw, 93 years old, died on December 30, 1974, at the Danville Care Nursing Home, where had been living since 1971. His daughter-in-law, Hazel Shaw, said he was survived by many nieces and nephews.

In addition to the sources cited in the Notes, the author consulted Baseball-Reference.com, SABR.org, and the following: