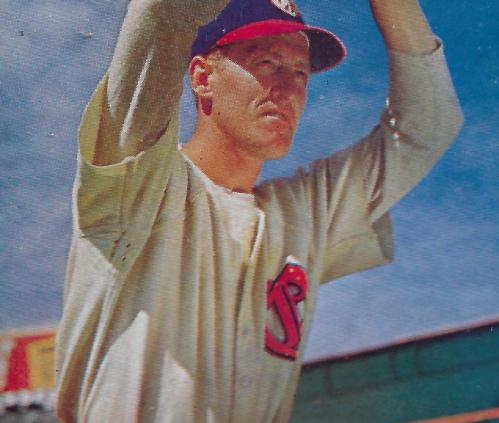 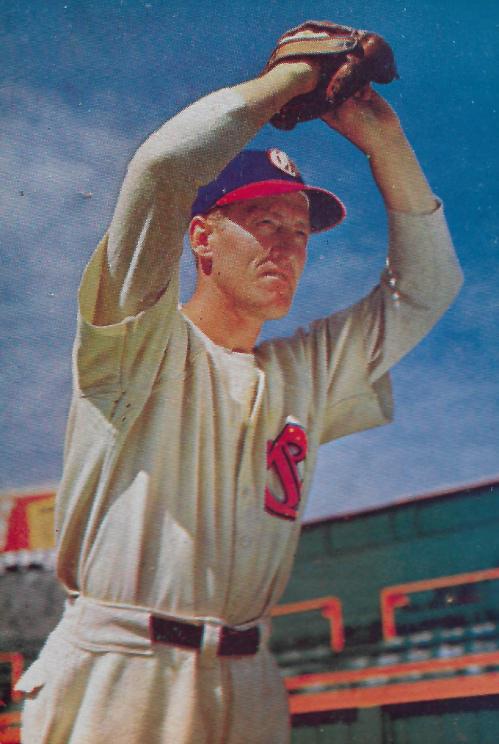 Through the 2019 season, only nine men born in Saskatchewan, Canada, have appeared in a major-league game. The most prominent were pitcher Reggie Cleveland and outfielder Terry Puhl. The first was Ralph Buxton, a right-handed pitcher who made his debut with the Philadelphia Athletics in 1938. The second, pitcher Aldon “Lefty” Wilkie, debuted three years later on the Pittsburgh Pirates. Wilkie started in semipro baseball in western Canada and worked his way up to the majors. His baseball career was interrupted by military service; he became a US citizen in 1941 and served in the US Army during World War II.

Aldon Jay Wilkie was born on October 30, 1914, near Zealandia, Saskatchewan, a rural community 200 miles north of the US border. Zealandia touted itself as “the heart of the finest grain producing district in the Dominion of Canada.”1 Aldon was of Scottish and Norwegian descent, the only child of Armand James Wilkie and Ella Sophia (Johnson) Wilkie. Armand was a farmer and poultryman.2

In 1929, the family moved to acreage near Saskatoon, Saskatchewan, and Aldon attended high school at Saskatoon’s Bedford Road Collegiate Institute.3 He excelled in baseball, football, hockey, and basketball. In a seven-inning game on May 16, 1932, he pitched a no-hitter and struck out 12 in Bedford Road’s 8-0 triumph over the Nutana Collegiate Institute.4 He was a strapping young man, 5-feet-11 and 175 pounds.

Amid the hardships of the Great Depression, baseball thrived in Saskatchewan. In 1933 Wilkie pitched for Al Verner’s Northern Distributors, a semipro team in Saskatoon. His eye-popping strikeout totals included 15 on July 26 and 20 on August 19.5 The following year he joined the Regina Nationals, one of the best semipro teams in the province. On July 13, 1934, he held the Stars of Moose Jaw to three hits — two “scratch bunts” and one clean single — in a 4-1 Nationals victory.6 Ted Lyons of the Chicago White Sox saw him pitch that year and advised him to come to the United States to play ball.7 Wilkie would get there in 1937.

The next rung up the ladder was semipro baseball in British Columbia. Wilkie began the 1935 season on the Vancouver Athletics, but he lacked control and was demoted to a Courtenay team on Vancouver Island.8 He found his form the following year on the Vancouver Arrows. In a 10-inning contest on June 11, 1936, he struck out 17 and walked one in the Arrows’ 4-1 victory over the Athletics.9

In 1937, after Wilkie and his parents moved to Newberg, Oregon, he was invited to a spring training tryout with the San Francisco Seals of the Pacific Coast League (PCL). They signed him and sent him to the Tacoma Tigers of the Western International League.10 On May 30, in the second game of a doubleheader at Tacoma, he threw a no-hitter against the Wenatchee Chiefs and struck out nine in the seven-inning contest.11 At Tacoma on June 11, he fanned 16 Yakima Pippins in 11 innings.12 He finished the season with a 15-13 record and 213 strikeouts in 237 innings.13 The Brooklyn Dodgers tried to acquire his rights from the Seals, but the San Francisco club could not be persuaded.14 Wilkie rejoined the Seals in the spring of 1938.

Wilkie’s progress stalled in San Francisco. The Seals used him primarily as a relief pitcher. In 110 innings pitched in 1938, he had a 1-8 record with a 3.93 ERA, and he walked more batters than he struck out (57 to 48).15 The following season he pitched only 57 innings and his ERA jumped to 6.32. The Seals sent him to Oklahoma City in the spring of 1940. There he caught the flu and lost 10 pounds, and in a weakened state he was released after appearing in four games.16 He returned to the West Coast and convinced Jack Lelivelt, manager of the PCL’s Seattle Rainiers, to give him a chance.17 The Rainiers signed him to a contract on May 17, 1940,18 and his career was revived.

Wilkie won his first nine decisions for the Rainiers. His first victory came against the Hollywood Stars in the first game of a doubleheader on June 2.19 His eighth and ninth victories came in San Francisco, on July 11 and 15.20 He pitched four shutouts during his streak, including a 4-0 blanking of the Seals on July 15. His success was attributed to changing his delivery from sidearm to overhand, as recommended by Lelivelt. “Lack of control has been Wilkie’s main fault and he still has trouble finding the plate at times, but the overhand delivery helps him in this respect,” said Lelivelt.21 Wilkie’s primary pitches were his fastball and curveball. According to Babe Herman, famous slugger on the Hollywood Stars, Wilkie’s curveball was one of the best in the PCL.22

Quiet, well-liked, and modest,23 Wilkie pitched 144 innings for the Rainiers and achieved a 13-5 record and 2.69 ERA, helping the team win the PCL pennant. On the recommendation of scout Hollis Thurston, the Pittsburgh Pirates purchased Wilkie on August 28, 1940, for an undisclosed “big sum.”24 On March 3, 1941, Wilkie became a naturalized US citizen.25

But Wilkie was used infrequently — six starts and 20 relief appearances — during his rookie season. He made his major-league debut on April 22, 1941, in St. Louis; pitching in relief, he faced only one batter, Coaker Triplett, and gave up a run-scoring single. On May 21, against the Boston Braves in Pittsburgh, Wilkie earned his first major-league victory when he hurled four scoreless innings in relief. Four days later, he made his first major-league start and was charged with his first loss; he allowed six runs in seven innings in the first game of a doubleheader at St. Louis. His finest performance came on June 9 when he threw a six-hit shutout at Philadelphia. For the season, his record was 2-4 with a 4.56 ERA. His strikeout-to-walk ratio was poor (16-to-40), but he allowed only one home run in 79 innings.

After the Japanese bombed Pearl Harbor on December 7, 1941, the West Coast braced for a possible attack. Wilkie drove from his Newberg home to the Pirates’ 1942 spring training camp in El Centro, California. Along the way, he drove past oil refineries in Santa Barbara, California, on February 23.29 Later that day, “a Japanese submarine surfaced off the coast” and “hurled over a dozen artillery shells” at one of those refineries.30 It was an unnerving reminder that the United States was at war.

In his sophomore season, Wilkie posted a 6-7 record with a 4.19 ERA in 107⅓ innings. He was again used primarily as a relief pitcher. He received a start on May 7, 1942, in the first game of a doubleheader at Pittsburgh. The Pirates edged the New York Giants, 2-1, in 11 innings, and he went the distance, allowing only five hits. The Giants’ big sluggers, Mel Ott and Johnny Mize, were a combined 1-for-10 at the plate. In Pittsburgh on July 11, Wilkie earned a win in relief by pitching 6⅓ scoreless innings in a 12-5 rout of the Phillies. A left-handed batter, Wilkie went 2-for-4 in that game, including a triple in the fifth inning off Earl Naylor. Wilkie was a fair hitter for a pitcher, but that triple was his only extra-base hit in the majors.

Wilkie married Jeannie Mae Barbour in Seattle on Christmas Day 1938, and in October 1942 she bore him twins, a son Jack and a daughter Barbara. Wilkie did not report to the Pirates in the spring of 1943; he chose instead to work at a shipyard near his Newberg home. “I hate to miss a year of baseball,” he said, “as I’ll never get it back, but I’m not the only one, and others have more to lose than I.”31 But he still did some pitching. In Portland on the Fourth of July, he threw a three-hit shutout as the “Commercial Iron Works defeated Buckler, 2-0, in a War Industries baseball league game.”32

On July 29, 1943, Wilkie was inducted into the US Army.33 He served in the 70th Infantry Division, 274th Infantry Regiment, 1st Battalion, Company D. “The 70th Division was activated at Camp Adair [in Oregon], June 15, 1943, the day citizens of the state hailed the centennial of the Old Oregon Trail. ‘Trailblazers’ was the appropriate name taken by the new outfit, claimed as ‘Oregon’s Own.’”34 Wilkie was “in the thick of the 274th’s fight” in France and Germany; he was a “No. 1 gunner in a Co. D mortar squad.”35

After the Germans surrendered on May 7, 1945, there was some free time in the summer for US soldiers to play baseball in Germany. Wilkie won 10 straight games for a team representing the 70th Division.36 One of his teammates was Earl Torgeson, a future big leaguer.37 Wilkie was released from the Army on Christmas Day 1945.

Back with the Pirates in the spring of 1946, Wilkie was used sparingly. He had a rough day in Brooklyn on May 17, charged with seven earned runs in two-thirds of an inning. In a brief outing at Pittsburgh on June 5, he pitched to three Brooklyn batters and allowed a walk and two singles. He didn’t know it at the time, but that was his final major-league appearance. His career record was 8-11 with a 4.59 ERA in 194 innings. On June 14, the Pirates optioned him to their PCL affiliate, the Hollywood Stars.38

After finishing the 1946 season with the Stars, Wilkie was traded to another Pirates affiliate, the Indianapolis Indians of the American Association. He appeared in five games with the Indians in the spring of 1947 and returned to the PCL in May when traded to the Oakland Oaks. His first two pitches in Oakland’s 12-7 loss to Seattle on September 23, 1947, received special attention in the San Francisco Examiner: “Aldon Wilkie, relieving Charley Gassaway with the bases loaded in the second inning, made some kind of history when he pitched in five runs on two throws. Tony York doubled home three tallies, and then Lou] Novikoff belted his second successive home run into the right-field stands.”39

The 1948 season was a great one for the Oaks. Manager Casey Stengel led the team to its first PCL title since 1927. Wilkie contributed with an 11-6 record and 3.79 ERA in 185 innings. One of his wins came on June 22 in San Francisco. He started the game and went eight innings, and his fellow Saskatchewanian, Ralph Buxton, pitched the ninth.40

Wilkie played three more seasons in the minors before calling it quits. In 1949 he pitched for the Oakland Oaks, Beaumont (Texas) Exporters, and Kansas City Blues. The following year he was a member of the Victoria (British Columbia) Athletics and hurled a no-hitter against the Vancouver Capilanos on August 18, 1950.41 To be closer to his Newberg home, he purchased his release from the Athletics in April 195142 and pitched for the Salem (Oregon) Senators in his final season.

After his baseball career, Wilkie worked as a carpenter and cabinetmaker, and he raised chickens on his Newberg ranch. He was an expert on chickens, exhibiting his own at fairs and serving as a judge at competitions.43

In 1985 Wilkie became one of the first inductees into the Saskatchewan Baseball Hall of Fame. On August 5, 1992, at the age of 77, he died of a heart attack in Tualatin, Oregon. He was interred at the Friends Cemetery in Newberg.

The author thanks Jane Shury for her assistance. Ms. Shury is the President and CEO of the Saskatchewan Baseball Hall of Fame and Museum.

This biography was reviewed by Bill Lamb and Norman Macht and fact-checked by Chris Rainey.

Ancestry.com and Baseball-reference.com (accessed May to July 2020).

Wilkie’s file at the National Baseball Hall of Fame.

1 Zealandia, Saskatchewan, Board of Trade, “Solid Facts about a Good Point for Settlers,” 1910.

7 Questionnaire from the American Baseball Bureau completed by Aldon Wilkie and dated February 1, 1946, at Ancestry.com.