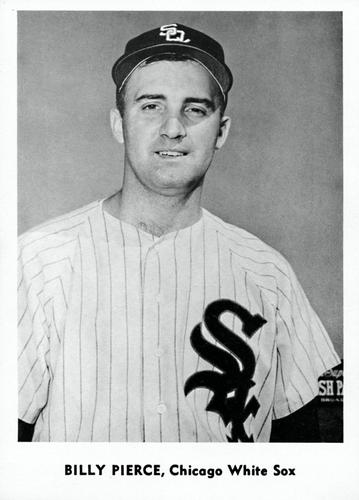 The 1959 Chicago White Sox won the American League pennant — the franchise’s first in 40 years — with a “small-ball” team that ranked sixth in the eight-team American League in runs scored (669) while allowing the fewest (588). Chicago’s 9-7 Opening Day win over the Detroit Tigers at Briggs Stadium1 on April 10 was certainly an unusual kind of victory for the White Sox. But then, it was an unusual day in all kinds of ways, both on and off the field:

The game, played before 38,332 shivering fans, featured a matchup of two outstanding pitchers, Billy Pierce of the White Sox and Jim Bunning of the Tigers. Pierce was making his fourth consecutive Opening Day start for the White Sox (and the seventh of his career); he had faced Bunning and the Tigers in the 1958 opener at Chicago’s Comiskey Park, with Detroit winning, 4-3.

The 1959 opener began quietly. The Tigers scored the game’s first run in the bottom of the first when their number-3 hitter, Al Kaline, hit the first pitch he faced in the 1959 regular season into the left-field stands to give Detroit a 1-0 lead. That was all the scoring until the top of the fourth, when the White Sox loaded the bases on a single by future Tigers star Norm Cash, a bunt single by Al Smith, and a walk to Callison; Pierce’s fielder’s choice grounder brought Cash home with the tying run.

The game began to pick up steam in the fifth inning. Fox singled to open the top half of the inning for Chicago; Jim Landis followed with a two-run homer to give the White Sox a 3-1 lead. Cash singled one out later, and after Bunning, who had allowed nine hits in 4⅓ innings, threw a wild pitch that moved Cash to second with Smith at the plate, he was relieved by Tom Morgan, who got out of the inning with no further scoring. The Tigers responded with four hits and three runs in the bottom of the inning; the big blow was a two-run single by Harvey Kuenn, driving in Morgan, who had singled, and Eddie Yost, who followed with a double. Kuenn moved to third on a double by Kaline and scored on Gail Harris’s groundout.

Pierce was removed for a pinch-hitter in the top of the sixth, and the rest of the game featured a parade of relief pitchers (six for Chicago and four for Detroit, including Morgan). It also featured a parade of disruptions. “Altogether,” wrote Bob Vanderberg, “play was halted four times by fans entering the playing field.” The disruptions included fans hurling various items at White Sox players, particularly Callison, who was playing in his first major-league season opener. “People were throwing shit at me in the outfield,” he later recalled. “I had an empty fifth of whiskey come flyin’ over my head. And somebody got me in the head with a marble. I was a little shaky out there anyway. I didn’t need that. And there was one guy climbing up the foul pole. I’m thinking, ‘What the hell is this? They don’t do this in Bakersfield.’”7 Although several people were arrested, the White Sox were furious about the lack of police protection. “I didn’t see a cop all day,” said Veeck.8

The game continued, and the White Sox appeared to take control when they scored four times in the top of the seventh, a half-inning that featured two hits, two walks and a bases-loaded error by Tigers left fielder Larry Doby. Attempting to make a difficult catch on a fly ball by Billy Goodman, Doby slipped on the wet sod and all three runners were able to score. The Tigers fought back in the bottom of the eighth; White Sox reliever Ray Moore walked Doby and Rocky Bridges after retiring the first two hitters, and pinch-hitter Charlie Maxwell tied the game, 7-7, with a three-run homer into the right-field pavilion.

The score remained deadlocked until the top of the 14th inning, but there was plenty of action in the interim. Detroit put two men on the bottom of the ninth, but White Sox reliever Rudy Arias, making his first major-league appearance, escaped the jam. The 10th inning featured multiple baserunners for both teams. The White Sox had two men on with only one out in the top of the inning, but Tigers reliever George Susce got Ray Boone to hit into a fielder’s choice and then struck out Smith. The Tigers loaded the bases with nobody out against Jerry Staley in the bottom of the inning (Johnny Groth double, Bridges bunt single, intentional walk to Lou Berberet), but Staley retired pinch-hitter Gus Zernial on a dribbler in front of the plate that allowed White Sox catcher Sherm Lollar to retire Groth; Yost then hit into an inning-ending double play.

The White Sox finally took the lead for good in the 14th. Working his fourth inning in relief, Tigers left-hander Don Mossi retired the first two batters, but Sammy Esposito singled and Fox followed with his two-run homer. Detroit put a man on against Staley in the bottom of the inning, but White Sox left-hander Don Rudolph, summoned to face lefty-swinging pinch-hitter Neil Chrisley, got him to fly out to give Chicago the first win in what would prove to be a magical season. The Tigers, meanwhile, lost their first six games of the season (and 15 of the first 17); Detroit finished the year in fourth place with a 76-78 record, 18 games behind the White Sox.