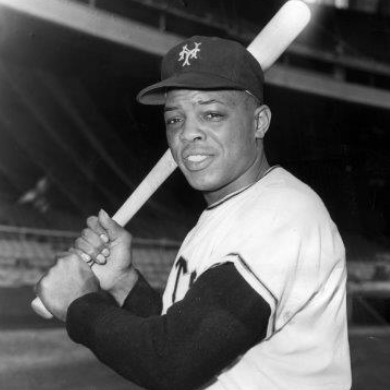 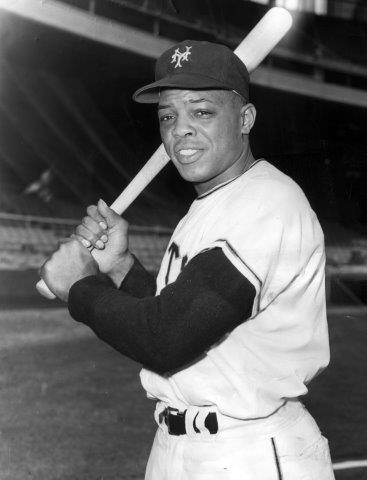 When the 1954 spring training began, the New York Giants had been on a downward trend since the “Shot Heard ’Round the World” on October 3, 1951. After being dispatched by the Yankees in the World Series in six games, the team had finished 4½ games out of first in 1952, and a whopping 35 games out in 1953. Had manager Leo Durocher lost his edge? Had the Giants stopped (allegedly) stealing opponents’ signs from the manager’s office in the Polo Grounds? Was it because their breakout star and 1951 NL Rookie of the Year Willie Mays missed 274 consecutive games, including all of 1953, away in the Army?

Probably that last one.

The Army sent Willie to Fort Eustis, Virginia, and by his own estimation, he played 180 baseball games while in the service. On July 28, 1953, the Associated Press reported that Mays chipped a bone in his left foot sliding into third base in one of those games, and was in a cast for six weeks.1 He also kept in shape playing basketball, but earlier, when he sprained an ankle in a game, he received a call from Durocher to end his basketball career.

The 1954 Giants joined their eventual World Series opponents, the Cleveland Indians, in Arizona. Not as many teams trained in the Cactus League, and so the Giants and Indians were frequent opponents, including a 16-day barnstorming trip beginning in late March. Overall, the Giants went 13-8 against the Indians, and 3-5 against all other major-league teams.

Mays’ return on March 1 was much anticipated. When he left for military service at age 21, he was 5-feet-10½-inches tall and weighed 170 pounds. Upon his return (to the Giants’ camp in Phoenix) on March 1, he was two months shy of his 23rd birthday, and 5-11 and 180 pounds. The New York Times reported, “The Giants believe Mr. Mays will start the drive that will carry them to the pennant.”2 Other sportswriters did not necessarily share this optimism; John Drebinger wrote that the Dodgers were “odds-on favorite to capture their third consecutive National League flag,”3 no doubt cognizant of their 105 wins in 1953, and considering Mays’ career .266 batting average, with 24 home runs in 155 games.

Leo Durocher recalled, “If I live to be a hundred, I will never forget the return of Willie Mays. We were out on the field playing an intrasquad game early in spring training. … [H]e had gotten out of the Army a couple of weeks before we expected, taken a plane right to Phoenix, gone right to the clubhouse and put on his uniform.”4 Then Durocher sent him directly to center field. “First batter hits a tremendous drive. No chance whatsoever to get it. You know very well what happened. Willie got it. First time up, hits a single. Before it’s over he wallops a home run.”5

Mays had a blistering spring, foreshadowing the MVP season to come. In 81 at-bats, he clouted eight home runs, with 24 RBIs, batting .420. “Mays, of course, was the darling of the camp. The center fielder’s return provided the ‘lift’ that Durocher believed was needed.”6

It is with this backdrop that the Giants opened the regular season on April 13 in the Polo Grounds against the Dodgers (who had finished the previous two seasons in first place). It was Willie’s first regular-season game in almost two years. Opening Day at the Polo Grounds had considerable star power. Counting the two managers and 18 men in the starting lineups, the game featured eight future Hall of Famers: Giants Monte Irvin, Willie, and Leo Durocher; Dodgers Roy Campanella, Pee Wee Reese, Duke Snider, Jackie Robinson, and Walt Alston. A ninth, knuckleballer Hoyt Wilhelm, toiled in the Giants’ bullpen. Another player, Dodgers first sacker Gil Hodges, has been touted by many as Hall-worthy.

The ballpark had a capacity of 56,000. The afternoon contest drew a crowd of 32,397, who witnessed not only the return of Mays, but also a tight, seesaw contest that saw a lead change, two ties, nine walks, and five home runs.7 There were baserunners almost every inning; the Dodgers’ only one-two-three inning was the fifth, and the Giants were dispatched one-two-three in the eighth by Dodgers reliever Clem Labine.

Before the game, the two managers had separate meeting with Commissioner Ford Frick. A New York Times story sheds little light on the purpose of this unusual occurrence.8 A sidelight to the game was the absence of Giants starting catcher Wes Westrum. Initially announced as a starter, he never played in the game, replaced by switch-hitting backup Ebba St. Claire, and did not make his first start until April 24 in Milwaukee against the Braves.

The weather was decent, at least by early spring New York City standards. Durocher said, “[Giants owner] Horace Stoneham remarked that this is the first time in six years that we’ve had decent weather for a home opener.”9 The Dodgers, however, were concerned about showers of words raining down in enemy territory. Before the game, Dodgers right fielder Carl Furillo observed, “All my rooters are already in the right field stands. … They started to peel my hide off. … What wolves.”10 Center fielder Snider chimed in, “They’re worse in the center field bleachers. … They’re farther away, but they have louder voices.”11 Snider didn’t let the hecklers get to him; with two outs in the first, he singled, but the next batter, left fielder Robinson, grounded out to veteran shortstop Alvin Dark.

Dodgers catcher Roy Campanella initiated the scoring, leading off the second inning with a home run. Mays, batting fifth, led off the second inning by grounding out to third baseman Billy Cox. The Giants took the lead in the third inning. Starting pitcher Sal Maglie singled (one of only four Giants hits in the game and the only one not a home run) and was forced at second on a grounder by Davey Williams. Dark belted a homer, making the score 2-1. Mays ended the threat by grounding out to Hodges.

Campanella knotted the score immediately, leading off the fourth inning with his second round-tripper of the afternoon. The score remained tied until the fifth inning, when third baseman Hank Thompson launched a two-out solo homer, giving the Giants a 3-2 lead. The lead was once again short-lived, as the Dodgers manufactured a run. A leadoff double by Duke Snider, followed by Robinson’s single, set up the Hodges sacrifice fly that again tied the game.

Throughout his career, Willie had a flair for the dramatic, and his return from military service was no exception. He led off the sixth inning with a home run, capping off the scoring for the day. He came to bat one more time, leading off the eighth inning with a popout to second.

Brooklyn threatened in the seventh. With one out, Sandy Amoros, pinch-hitting for Carl Erskine, ripped a double to right, and “The Barber” subsequently walked leadoff man Junior Gilliam and Pee Wee Reese in succession. Durocher brought in righty Marv Grissom to face the lefty Snider, and induced an infield popup to Dark, followed by Robinson’s grounder to Thompson, who threw to second, forcing out Reese and snuffing out the uprising.

Erskine was replaced by Labine, who retired six of the last seven Giants batters, broken up by a walk to Hank Thompson in the seventh inning. Jackie Robinson, playing left field, made a diving catch of a looping liner by Whitey Lockman in the eighth inning, cutting his face.

Despite the three gopher balls, Erskine deserved better; the Dodgers left nine men on base, and although it had no bearing on the scoring, they made two errors.

Willie Mays went on to a historic 1954 season. If we concede that had Gold Gloves existed he would have won one, he joins George Brett (in 1985) as the only players to have a season with these accomplishments: 30 home runs, 100 RBIs, 100 runs scored, batting average above .330, All-Star, Gold Glove, World Series champion. Not a bad season after a two-year layoff.

In addition to the sources cited in the Notes, the author acknowledges the use of retrosheet.org.