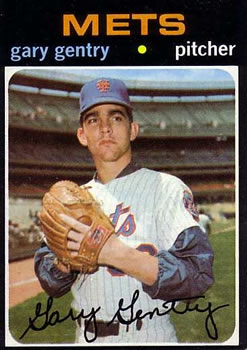 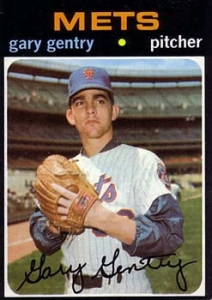 The Pirates were in New York for their first series against the Mets in 1971. Pittsburgh had defeated New York six times the previous September to claim the National League East crown and keep the Mets from returning to the postseason. Both teams were vying along with the St. Louis Cardinals and Montreal Expos for first place early in the season. After splitting the first two games of the series, Pittsburgh was on top of the standings. The Mets and Cardinals were a half-game back and Montreal trailed by a game.

The final two games of the series were played on April 18, the second Earth Day. A crowd of 51,905 showed up for the contest. The chilly spring weather quickly became a factor as 40 mph winds blew through Shea Stadium. “The winds in Flushing Meadow were the next thing to a tornado, and hitters for the Pirates and the Mets spent Earth Day picking flying Earth samples out of their eyes,” commented a Pittsburgh sportswriter.1

Trash blowing onto the field from the stands made it difficult to see the ball at times, and the constant wind played havoc with any ball hit in the air. “I used to play on manure piles when I was growing up in Oakland but this worse,” said Pirates slugger Willie Stargell.2

Gary Gentry was the Mets’ starter for the first game of the doubleheader. Gentry had lost his first two starts, both to the Expos. He blamed his slow start on the cold weather, saying, “I think the weather is a good reason for my showing in the two games against the Expos. I’ve had trouble getting loose up here and in both of those games it took me a few innings to get going.”3

Gentry also entered the game looking for his first win against the Pirates after five losses over the previous two seasons. He faced a Pirates lineup that had two future Hall of Famers in Stargell and Roberto Clemente. Manny Sanguillen had batted .325 the previous year while three other hitters had posted solid OPS the previous year: Al Oliver (.740), Richie Hebner (.827), and Bob Robertson (.931).

Gentry held the Pirates hitless through the first four innings. He struck out five and Pittsburgh batters got just one ball out of the infield, a fly out by Robertson to end the second.

Luke Walker (1-0) started for the Pirates. He also pitched well early, keeping the Mets off the bases for the first two innings. But after sandwiching a walk to Jerry Grote between two strikeouts in the third, he gave up consecutive singles to Tommie Agee and Bud Harrelson to load the bases.

Walker then gave a pass to Cleon Jones, bringing Grote home. But Donn Clendenon grounded out to end the inning.

Gentry stumbled in the fifth before recovering to keep his no-hitter going. He walked Oliver and hit Robertson. Sanguillen’s groundout moved the runners up. Gentry intentionally walked Jackie Hernandez before striking out Walker to end the threat. By this time, Gentry acknowledged later, he had started to think no-hitter, saying, “After all, a no-hitter means a lot financially.”4

Unfortunately for Gentry’s wallet, the Pirates ended his no-hit bid the next inning. With one out in the sixth, Gentry walked Hebner. Clemente then sent one sailing into deep center field for a triple, tying the score. Stargell hit a fly ball to left. Clemente tagged up as Jones threw home. The throw went wide and Clemente slid across the plate with the go-ahead run.

Gentry, in a pique of frustration, threw his glove in the air. “I was just disgusted,” he said. “Here they scored two runs with only one hit. And we haven’t been scoring an abundance of runs.”5 Jones, who did not see Gentry’s glove toss, acknowledged later that the throw was not one of his best.

Mets manager Gil Hodges noted that Gentry’s temper had gotten him in trouble in the past, “[b]ut I feel he’s been much better this year. It’s perfectly all right to flare up once in a while to get it out of your system.”6

Jones made up for his error in the bottom of the inning with a two-run home run after Walker gave up a leadoff walk to Harrelson. It was Jones’s first home run of the season and it was timely. The two runs gave the Mets the lead at 3-2 and it would be all Gentry needed; he retired the final 10 batters.

Jones, discussing his home run after the game, talked about the challenges that players faced on the field that day. “You’d stand up at the plate and look at the pitcher and pretty soon your eyes would be watering. There was no way you could concentrate. You had to keep one eye on the pitcher and one on the dust coming up.”7

Amid Gentry’s stellar pitching, the Mets added two insurance runs in the eighth. Agee led off with a home run against Nelson Briles. (Briles had just relieved Walker, who left after giving up just three hits over seven innings.)

Briles then gave up a one-out single to Jones, who stole second. Briles tried to pick him off second but his throw was wild and Jones ended up on third. An intentional walk to Ken Singleton brought up Bob Aspromonte, who singled up the middle to score Jones for the fifth Mets run of the game. Mudcat Grant was called on to get the final out of the inning.

Gentry closed out the Pirates by getting the last two batters to pop to Harrelson at short. It was his second one-hitter in little more than a year. This one was not as dramatic as his previous one, which ended with an Ernie Banks single in the eighth.

Gentry said the win gave him confidence that he was turning things around and would have a good season. “… [I]f I don’t the only reason will be me,” he said.9 The one-hitter was his first of 12 victories for the season, second among Mets only to Tom Seaver’s 24.

The win briefly put the Mets into first place in the division, a half-game ahead of the Pirates. But by the end of the day, they were left trailing the Pirates, Cardinals, and Expos by that same margin when the Pirates took the second game of the doubleheader, 2-1, behind former Met Bob Johnson’s complete game.

The Mets finished in third place, 14 games behind the division-winning Pirates. Although they split this four-game series with the Pirates, Pittsburgh took the season series, 10 games to 8, on the way to a World Series championship.

In the end, on Earth Day, perhaps the biggest losers were the grounds crew who had to clean up the trash that kept blowing on the field. As New York Newsday’s Joe Gergen wrote, “It was a shame that no one had the garbage concession because there was a lot of money to be made.”10