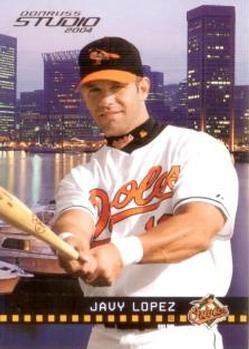 On Sunday evening, April 4, the Boston Red Sox and Baltimore Orioles opened their 2004 seasons at Baltimore’s Oriole Park at Camden Yards. The game-time temperature was 43 degrees.1 The two teams had had very different seasons in 2003. The Orioles had finished in fourth place in the American League East, 30 games behind the first-place New York Yankees. The Red Sox had finished second, six games back, but had qualified for the Division Series as a wild-card team and beaten Oakland, three games to two. This took them to the League Championship Series where they had — almost — beaten the Yankees.

Had the Red Sox held the 5-2 lead they had heading to the bottom of the eighth in the deciding Game Seven, they would have advanced to the World Series for the first time since 1986. They did not. After seven innings, starter Pedro Martinez had left the mound, expecting that he had thrown his final pitch of the night, and been congratulated by his teammates.

But Red Sox manager Grady Little stunned almost everyone by sending Martinez back out to work the eighth. It didn’t work. A double, a single, and two more doubles and the Yankees had tied the score. They went on to win in the bottom of the 11th on Aaron Boone’s home run, reaching the World Series for the sixth time in eight seasons. Within two weeks, Little was no longer employed by the Red Sox.2

Right-hander Ponson was Mazzilli’s starting pitcher for the season opener. Ponson was starting his seventh season with the Orioles. The team hadn’t had a winning record since 1997, but Ponson had been 14-6 for them in 2003 before being traded to San Francisco on July 31. Now he was back with Baltimore. He had been only 1-9 against the Red Sox to date in his career.4

In the top of the first, Ponson allowed a two-out single to left fielder Manny Ramirez (the hitter’s 500th base hit for the Red Sox) but then struck out DH David Ortiz. The Red Sox were playing without two regulars, both out to injuries — shortstop Nomar Garciaparra and right fielder Trot Nixon.

Pedro Martinez was back in a game that counted for the first time since his fateful implosion the previous October. He had been 18-2 in April to this point in his Red Sox years. He gave up an infield single and then, after the second out, another single, to left field, but Ramirez threw out Melvin Mora trying to go from first to third.

With one out in the second, Boston right fielder Gabe Kapler reached first on an error, but he was erased trying to steal second on a strike-’em-out, throw-’em-out double play as catcher Jason Varitek went down swinging.

In the bottom of the second inning, the Orioles scored three runs. The first came on a leadoff home run by catcher Javy Lopez, hit “a dozen rows deep in the left field stands, barely inside the foul pole,” on an 89-mph fastball.5 Martinez had given up only seven home runs in all of 2003, none to a right-handed batter.6 His 2.22 ERA had led both leagues. Lopez had played for the Atlanta Braves from 1992 through 2003. This was his first at-bat for Baltimore after signing as a free agent in the offseason.

The right fielder, Jay Gibbons, singled. With DH David Segui at the pate, Gibbons stole second base. Martinez then hit Segui with a pitch, prompting loud boos from the fans. This was not looking good for the Red Sox, and it got worse when Orioles left fielder Larry Bigbie hit a dribbler back to Martinez, who committed a throwing error trying to get Bigbie out at first base. The wild throw allowed Gibbons to score and the runners to go to second and third. Center fielder Luis Matos lined a single to left, scoring Segui for a 3-0 Orioles lead.

Baltimore second baseman Brian Roberts stepped into the batter’s box. Matos stole second. Maybe Martinez thought enough was enough. He struck out Roberts, and struck out shortstop Mora. Miguel Tejada, another new Oriole, their shortstop who had come over from Oakland, made the third out on a ball hit to deep right-center.7

The Red Sox did reclaim a run in the top of the third. With one out, shortstop Pokey Reese walked. Center fielder Johnny Damon tried to reach on a bunt but was called out for interference for running inside the baseline. Ponson’s throw hit him. Reese was placed back at first base. Third baseman Bill Mueller singled; Reese stopped at second, but scored when Ramirez also singled, a groundball into center field. Ortiz popped up foul to the third baseman, but Boston had made it 3-1.

After the shaky second inning, Martinez recovered and pitched well for the remainder of this start. With one out in the bottom of the third, Lopez singled but was erased on a 4-6-3 double play.

The Red Sox got two on in the fourth (Kapler singled to right and second baseman Mark Bellhorn doubled to right) but did not score. Reese had tried to surprise the Orioles defense by bunting for a base hit, but it didn’t work. He was apparently bunting on his own and was reportedly spoken to after the game by his manager.8 Ponson pounced and Reese was thrown out for the final out. Martinez set down the Orioles in order in the bottom of the inning.

Bill Mueller singled and David Ortiz was hit by a pitch, but the Red Sox left two more on base in the fifth, when first baseman Kevin Millar struck out on three pitches. They left two on in the sixth on back-to-back walks after Kapler had singled but been taken off the bases by a 4-6-3 double play hit into by catcher Varitek. Rodrigo Lopez relieved Ponson and got Damon to ground out, 6-3.

Martinez had allowed a single to Tejada and walked first baseman Palmeiro in the fifth, but escaped any further damage.9 He retired the side in order in the sixth.

In the seventh, another double play followed Mueller’s leadoff single. Ortiz walked but Millar flied out to left-center. The Orioles, though, bumped up their lead from 3-1 to 6-1. Mike Timlin relieved Martinez to start the inning. He struck out Matos. Roberts walked and was cut down trying for another stolen base. Timlin walked Mora. Tejada singled. Palmeiro singled up the middle, scoring Mora. Lopez singled to right-center — his third hit of the game, which dropped in untouched between Damon and Millar — picking up two more RBIs. Alan Embree replaced Timlin and got Gibbons to fly out to center.

Mike DeJean came out of the Orioles bullpen to throw the eighth. After the first out, Varitek walked and Bellhorn singled. Brian Daubach pinch-hit for Reese and walked, loading the bases. Damon grounded to shortstop for a fielder’s choice with Varitek scoring. Mueller grounded out. It was 6-2 in Baltimore’s favor.

The Orioles added a run in the bottom of the eighth to make it 7-2. Scott Williamson pitched for the Red Sox. Segui led off with a double to right. Bigbie struck out. Matos reached on an error by Cesar Crespo, who had taken over for Reese at shortstop. Segui scored on the misplay. Two groundouts ended the inning.

Ramirez was first up in the Red Sox ninth; he struck out. Ellis Burks pinch-hit for David Ortiz and Burks grounded out, back to the pitcher, left-hander B.J. Ryan.10 Millar singled. Kapler singled, but Ryan struck out Varitek swinging, for the final out. In all the Red Sox had left 14 men on base, including two in every inning but one from the third through the ninth. They were never retired in order. The Orioles had left seven.

“You hold this team to two runs, you are doing something,” said Mazzilli after the game.11 Pedro Martinez was not available to writers after the game and had reportedly left while it was still in progress, prompting critical comment.12

The season seemed full of promise, with a new manager and three exceptional free agents. Columnist Thomas Boswell of the Washington Post saw the season as one that might offer some hope for Baltimore fans and be worth watching.14

The Red Sox finished the season strongly, beating the Yankees in a seven-game ALCS and then sweeping St. Louis Cardinals in the World Series, Martinez winning Game Three.

In addition to the sources cited in the Notes, the author consulted Baseball-Reference.com and Retrosheet.org. Thanks to Malcom Allen for supplying Baltimore Sun articles.

3 The first pitch of the game involved all three free agents. Called by Lopez, Ponson threw the pitch. It was fielded by Tejada and thrown to Palmeiro. The game was nationally televised. It drew 47,683.

9 Palmeiro had played for the Orioles from 1994 to 1998; this was his first game back with his former team.

10 Burks had been with the Red Sox from 1987 to 1992, and now was back with his original team. There was no way he was going to supplant Ortiz as DH or Manny Ramirez in left field. As it turns out, he played in only 11 games but was a respected member of the team and the one chosen to carry the World Series trophy off the team plane when it landed back in Boston after winning the 2004 World Series.