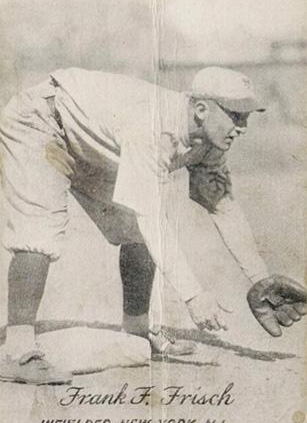 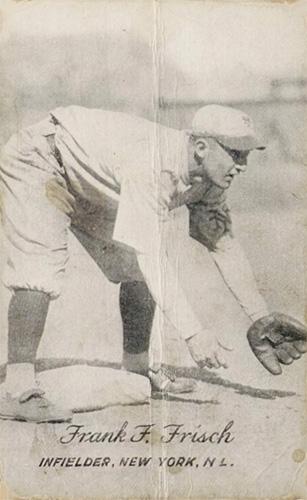 On the morning of August 11, 1921, the New York Giants were in second place, 2½ games behind the Pittsburgh Pirates. If the National League pennant race remained close, any one of a number of factors could be the difference between success and failure. Doubtless with some satisfaction, the Standard Union (Brooklyn) claimed, “[s]hould the Giants fail to get into the world [Series] they can blame the Dodgers.”1 Although the Brooklyn team had been a .500 club all season, it had enjoyed considerable success against its Manhattan rivals, beginning with an early season four-game sweep at Ebbets Field. Although the Giants had done better against Brooklyn since then, the Robins still led the season series 7-4 as the two teams warmed up for a weekday doubleheader at the Polo Grounds. While there was little chance of a second consecutive pennant in Brooklyn, helping deny one to John McGraw’s team still had a certain amount of appeal.

Brooklyn fans evidently thought so, considering how many of them crossed the East River for the games. Charles A. Taylor of the New York Tribune thought at least half of the estimated crowd of 28,000 “hailed from the wrong [Brooklyn] side of the big bridge.”2 Other estimates placed the attendance somewhat higher, but all of the papers agreed that the Robins fans were there “in force.”3 Isaac Shuman of the Evening World wrote, “no matter what their numbers, [Robins fans] can make even the drabbest of ball games colorful.”4 The Brooklyn faithful took “their customary place in back of third base” and watched their heroes defeat the Giants in the first game.5 Although Brooklyn spotted the home team two early runs, the Robins, led by Zack Wheat’s three hits and go-ahead RBI triple in the sixth, soon took the lead and held on behind the relief pitching of Sherry Smith for a 5-3 win. The Robins’ victory gave Brooklyn an 8-4 lead in the season series, but far more important, the loss dropped the Giants another game behind Pittsburgh, thanks to the Pirates’ victory over the Cubs in the first game of a doubleheader.

Clearly recognizing the importance of the second game, the Giants wasted no time jumping on Brooklyn starter Johnny Miljus. George Burns doubled, Dave Bancroft walked, and Ross Youngs tripled after an out by Frankie Frisch, giving New York a quick 2-0 lead. Miljus recovered, however, and there was no further scoring in the bottom of the first.

If the Giants thought their quick start meant the game was going to be easy, the Robins quickly disabused them of that notion. In the top of the second, Wheat doubled off Giants starter Jesse Barnes, the first of four hits by the Brooklyn star, and Hi Myers singled Wheat home. But it looked as though the rally was over when Ray Schmandt hit into a double play. Brooklyn was not finished, however, as Pete Kilduff doubled to left. After Ernie Krueger was intentionally walked, Miljus singled to right, scoring Kilduff to tie the game and sending Krueger to third. But the rally ended there, when Krueger was picked off, an unusual and embarrassing way to make the last out at third.

After the early offensive fireworks, there was no further scoring until the top of the sixth. Wheat again got the Robins started with a single and advanced to second on Hi Myers’ sacrifice. Schmandt atoned for his previous double play by singling Wheat home with the go-ahead run. Brooklyn led, 3-2.

Like the Giants’ second-inning lead, however, Brooklyn’s advantage was short-lived. With two outs in the bottom of the sixth, John Rawlings walked and moved to second on Frank Snyder’s single. Recognizing time was running out, John McGraw sent Eddie Brown up to pinch-hit for Barnes. The move paid off when Brown singled to left, scoring Rawlings with the tying run.

Slim Sallee came on in relief for New York in the seventh and retired the first two Robins. But Jimmy Johnston singled and was safe at second thanks to a Giants error on his attempted steal. With left-handed-hitting Tom Griffith due up, Wilbert Robinson went the platoon route, sending up Bernie Neis. Matching the Giants pinch-hitter for pinch-hitter, Neis singled, giving the lead back to Brooklyn at 4-3. The Robins loaded the bases with one out in the eighth, but Sallee was equal to the task, retiring the side without incident.

Even though they had survived the Robins’ threat, the Giants were still down one run with only two innings left. To make matters worse, the Pirates were ahead in their second game, which would drop the Giants 4½ games back if they lost.

If Brooklyn fans wondered why Wilbert Robinson didn’t pitch-hit for Miljus in the top of the eighth, they were probably even more confused when Robinson took him out after George Kelly doubled to lead off the bottom of the inning. Although Sherry Smith had pitched in the first game, Robinson brought him back again, seeking another clutch performance from the left-hander whom Tom Rice of the Brooklyn Daily Eagle considered “one of the best pinch pitchers in the majors.”6 Irish Meusel greeted Smith with a ball hit halfway between the pitcher’s mound and first base that looked like trouble. Somehow Smith got to the ball and “astounded the 30,000 howling fans” by throwing Kelly out at third, assisted by Johnston’s tag.7 The play short-circuited the Giants rally and the inning ended with Brooklyn still up 4-3.

The Giants’ failure to score apparently caused some of their fans to lose hope; many reportedly “started towards the exits” as the home team came up in the bottom of the ninth.8 Some rooters may have rushed back, however, when George Burns led off with a single and went to third on Dave Bancroft’s hit.

Next up was Frankie Frisch, one of the Giants’ best hitters, but Robinson decided against the intentional walk and ordered Smith to pitch to the Giants star. Frisch hit what Charles Segar in the Brooklyn Citizen termed “a weak grounder” to Kilduff. But the Brooklyn second baseman hesitated and “lost a few valuable seconds” before throwing home.9 Umpire Charles Rigler called Burns safe, claiming that not only had he beaten the throw, but Robins catcher Krueger never tagged him.10

It must have been close since even the Brooklyn writers were divided, with Rice siding with Rigler while the Standard Union claimed the call “was questionable to say the least.”11 Krueger clearly agreed with the latter opinion since he literally “kicked himself out of the game” during the dispute.12 However, the Robins had better luck arguing that Bancroft, who advanced to third during the argument, had to go back to second.13 Although the Giants had the winning run on second with none out, Smith retired the next three hitters and the game went to extra innings.

By this point, the remnant of the large crowd was “keyed up to such a pitch of excitement that homes and chilling dinners hadn’t the slightest importance” – which was a good thing since they were going to be there for a while.14 Neither team scored in the 10th, although the Giants put two men on base in their half. After a scoreless 10th, Pete Kilduff made up for his ninth-inning fielding mistake by blasting Fred Toney’s pitch into the left-field bleachers for one of only three home runs he hit all season.

The Giants were far from finished, however. Frisch hit one off pitcher Smith’s glove and “beat [shortstop] Olson’s throw to first by an amazing slide.”15 Smith struck out Youngs, but Kelly’s double tied the game “amid the wildest cheering the Brush Stadium concrete has echoed to in many a day.”16 The Robins walked Meusel to set up the double play and were rewarded when Rawlings bounced to Ivy Olson, who began the twin killing. By this point the back-and-forth was getting to the fans who, according to Shuman of the Evening World, were “goggle eyed” and “either exultant or depressed, cheering or booing” as their hopes rose and fell.17

The game remained tied, 5-5, as the Giants came to bat in the bottom of the 13th. Doubtless tired by this point, Smith walked Bancroft and the Giants wasted no time taking full advantage. Frisch belted a triple, which gave New York the victory and also saved them from falling another game behind Pittsburgh.

While it would be excessive to claim the game was the turning point in the Giants’ successful pennant chase, it did mark the beginning of a turnaround against Brooklyn. New York won five of the next eight from the Robins before dropping a meaningless season-ending game. As far as the marathon game was concerned, the Tribune’s Taylor claimed that of all the games played at the Polo Grounds that season, “none could compare with those two battles of yesterday for concentrated action and pep.”18 More tersely, but no less emphatically, the Eagle called the second contest “a humdinger.”19 Regardless of their rooting persuasion, few of the fans wending their way home could argue with that sentiment.

In addition to the sources mentioned in the Notes, the author consulted Retrosheet and Baseball-Reference.

6 “Superbas’ Even Break Helps the Pirates and Boston Braves.”

7 “Superbas’ Even Break Helps the Pirates and Boston Braves.”

10 “Superbas’ Even Break Helps the Pirates and Boston Braves.”

12 “Superbas’ Even Break Helps the Pirates and Boston Braves.”

13 “Superbas’ Even Break Helps the Pirates and Boston Braves.”

17 “Giants Seen at Their Best and Worst in Splitting Double Bill with Robins.”

19 “Superbas’ Even Break Helps the Pirates and Boston Braves.”