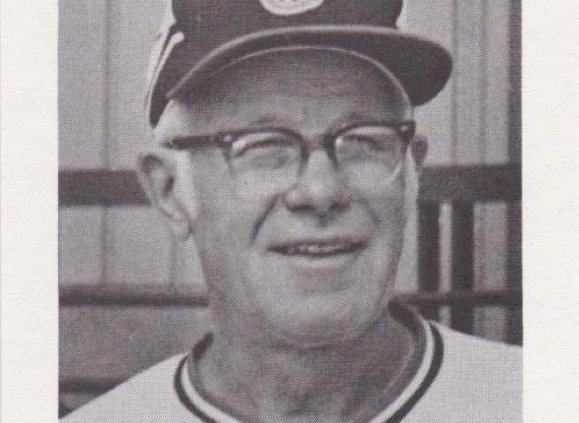 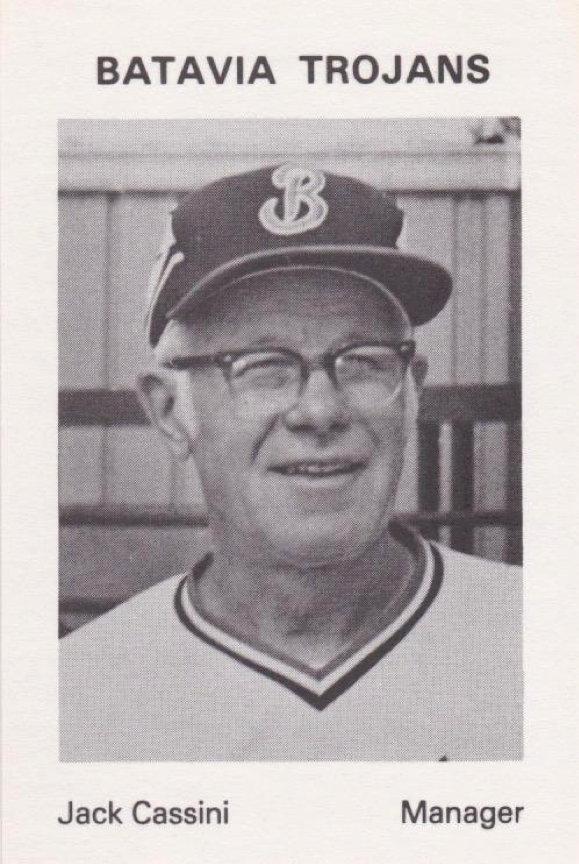 The joys of well-played baseball are timeless. No matter who’s on the field, it’s a pleasure to witness a crisply turned 6-4-3 double play, a perfectly executed hit-and-run, or a curveball that catches the inside corner of home plate for a knee-buckling third strike.

The opposite is also true. Baseball at its most poorly and sloppily played can be a source of great entertainment, when the game tears itself free from the most basic professional standards and anything seems possible. This kind of anarchy doesn’t happen much in the major leagues, but the further down in the minors you go, the more likely you are to find it. One night in August 1976, two teams in the Class A New York-Penn League found it, combining forces for 24 hits, 25 walks, 29 runs, nine errors … and, at the end of it all, a 9-0 forfeit.

In retrospect, the 1976 Elmira (New York) Pioneers don’t seem like the sort of team that would get caught up in that kind of craziness. The Boston Red Sox farm team won the league title that season with a 50-20 record, four games ahead of the Newark (New York) Co-Pilots.1 The Pioneers’ hitters led the league in team batting average (.275) and RBIs (368) and ranked second in many other categories, while their pitching staff was tops in ERA (3.35), strikeouts (462), and saves (15).

Manager Dick Berardino’s club boasted six future big leaguers, including Baseball Hall of Famer Wade Boggs, shortstop and Dodgers manager Glenn Hoffman, All-Star pitcher Bruce Hurst, and eight-year major-league outfielder Reid Nichols. All four were rookies that season, aged 17 or 18.2 Berardino even made it to “The Show” himself, as a bullpen coach for the parent Red Sox from 1989 through 1991.

On August 18 the Pioneers hosted the Batavia (New York) Trojans at their home park, Dunn Field, with 571 fans in the house. The Trojans, affiliated with the Cleveland Indians, ultimately finished fourth in the six-team league, 20 games behind Elmira, with a record of 30-40. The Trojans’ pitching staff led the league in bases on balls (462) and wild pitches (67), a result consistent with this night against the Pioneers.

Trojans manager Jack Cassini had made it into eight big-league games with the 1949 Pirates, all as a pinch-runner. That was further than any of his young charges got, as none of Batavia’s 1976 players made the majors. The Trojans were playing shorthanded at a key position. Catcher Paul Tasker broke his hand the previous night, and another catcher, Jeff Tomski, had been promoted to Class A San Jose.3 Batavia was left with only one full-time catcher: Tim Glass, the Indians’ first-round draft pick (14th overall) that June out of high school in Springfield, Ohio.

Batavia’s starting pitcher was left-hander John Teising, a ninth-round draft choice that June from a community college in Louisiana. Elmira countered with lefty Ronny Patrick, a third-round pick in the June 1974 draft from a high school in Virginia.

Neither pitcher lasted long. After retiring second baseman Tony Toups for a leadoff out in the first, Patrick walked the next three Trojans. Glass4 hit an opposite-field double to right to drive in two runs, then scored on an error on the throw-in from the outfield. Errors by Hoffman and Patrick allowed a fourth run across, and Berardino yanked Patrick after two-thirds of an inning. Reliever Jim Trask allowed a walk and another double to right, making the score 5-0. The inning ended when Elmira cut down a second runner trying to score on the double.5

Elmira’s first inning followed a similar pattern: After the leadoff batter was retired, the fireworks began. Three singles, including one by Hoffman, and a double made the score 5-3. Left fielder Mike Ongarato drove in one of the runs, while first baseman Happy Vincent picked up two.

Batavia widened its lead in the top of the second as Glass hit a two-run homer to left field with shortstop Terry Tyson aboard. Batavia center fielder Craig Adams added spice to the game by getting himself ejected for arguing a caught-stealing call. With starter Teising gone after one inning, reliever Raymond Gault worked a scoreless second for Batavia, making the score 7-3 after two innings.6

Batavia added another run in the top of the third thanks to four walks by Tony DeLeon, Elmira’s third pitcher of the night. But Elmira persisted, picking up three runs off Batavia relievers Gault and Craig Harvey to make it 8-6. Once again walks did the trick, with four bases on balls producing the first run. Center fielder Carlton Steele and third baseman Noel Roman each singled in a run as well. Batavia catcher Glass was injured on a play at the plate and had to leave for treatment at a local hospital, a development that became significant later in the game.7

Batavia stayed hot in the fourth. Dave Fowlkes, who began the game at third base but replaced Glass behind the plate, doubled. Designated hitter Duane “Bubba” Wilson followed with a homer off DeLeon to make the score 10-6. Reliever Carlos Lopez came on for Elmira and held Batavia off the scoreboard the rest of the way, except for a solo homer by Wilson in the top of the seventh to give Batavia an 11th run.8

Starting in the bottom of the fifth, the momentum of this colossally messy game lurched Elmira’s way. The Pioneers put up five runs in the fifth, two more in the sixth, and five more in the seventh, pulling to an 18-11 lead. One of the rallies included an RBI double by Boggs, who had replaced starting third baseman Roman. It was one of 15 RBIs posted by Boggs during his first professional year.

Trojans manager Cassini was ejected in the fifth inning for arguing with the umpires but stayed in the dugout and continued to protest calls. Elmira’s five seventh-inning runs were scored without a hit, as the Pioneers capitalized on five walks, three errors, and a wild pitch by Ronnie Arp, Batavia’s fourth reliever. Arp walked nine batters in 2⅓ innings while also committing two errors.9

But the seventh-inning event with the biggest impact didn’t involve a walk, error, or run scored. With two outs, Fowlkes, the emergency catcher, hurt his hand on a foul tip and could not continue. After Fowlkes’ injury, Cassini pulled his team off the field, telling the umpires he had no one left to catch. Relief pitcher Harvey was capable of catching on an emergency basis, and did so the following night, but Cassini had already used him on the mound and could not bring him back in.10

The umpires awarded the game to Elmira by forfeit.11 The final score was recorded as 9-0, like all forfeits, but the individual statistics from the game counted.12 This was good news for Bubba Wilson (3-for-4, 4 RBIs), Noel Roman (4-for-4, 2 RBIs), and Tim Glass (2-for-3, 4 RBIs), but less favorable to the pitchers. The roller-coaster farce ended, incomplete, after 3 hours and 39 minutes. The win, however absurd, moved Elmira into a tie for first place.

The teams faced off again the following night. Elmira won again, 10-5, to take sole possession of first place. The game played with less drama but not necessarily greater skill: In their winning rally, the Pioneers pushed across seven seventh-inning runs on only two hits.13

The author acknowledges FultonHistory.com for providing several of the digitized newspapers used in research.

1 The Co-Pilots were a Milwaukee Brewers farm team.

9 “Trojan Injuries Cause Forfeit to Elmira.” The Batavia Daily News reported that Cassini was threatened with suspension for his actions. The author was unable to verify whether Cassini received punishment.

11 Unfortunately, the game stories and box scores published in the Elmira and Batavia newspapers do not name the umpires who presided over this circus.