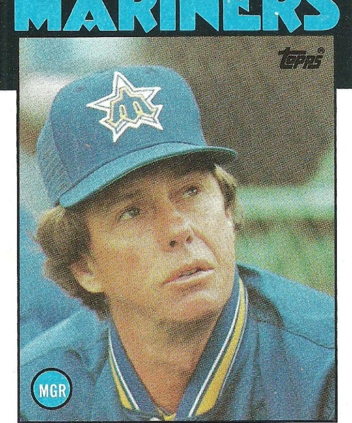 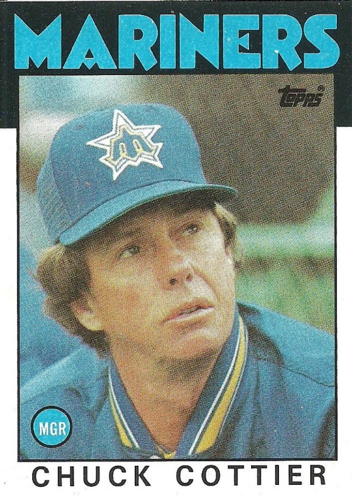 “Hands off the umpire” is one of the bedrock rules of baseball, equally applicable from Little League to the big leagues. Professional players, managers, and coaches who break the rule generally find themselves fined and suspended – especially if the contact is prolonged, intentional, and clearly hostile.

Still, in a tight game or a close pennant race, tempers can boil over, and people who know the rule like the back of their hand can still run afoul of it. A flagrant example occurred in the New York-Penn League in August 1972, when a former big-league player turned minor-league manager wrestled a rookie ump to the ground in a fit of on-field fury.

The manager, 36-year-old Chuck Cottier, was three seasons removed from his final major-league appearance as a slick-fielding utility infielder. He had no particular record of high temper, with only two ejections in parts of nine big-league seasons.1 Cottier took his first minor-league managing job with the 1971 Niagara Falls (New York) Pirates, Pittsburgh’s affiliate in the short-season Class A New York-Penn League. But his first season as a manager ended on July 3. Walking to the mound to talk to pitcher Scott Johnson, Cottier re-ruptured the Achilles tendon that had ended his playing career in 1969.2 He developed a staph infection after surgery, required extended hospitalization and additional surgery, and could not return to managing until the following spring.3

The umpire, 22-year-old Steve Palermo, was a native of the Worcester, Massachusetts, area who worked his first Little League games as a 13-year-old for $2 a contest. Barney Deary, head of the major leagues’ umpire development program, saw Palermo calling a Little League all-star game years later and gave the young man his business card. Palermo attended an umpire training camp in St. Petersburg, Florida, in spring 1972. He umpired some rookie league games there, then shipped out for an assignment in the New York-Penn League.4

Palermo worked regularly that season alongside another up-and-coming ump, Dave Pallone, who in May 1988 was involved in a highly publicized on-field physical altercation with Cincinnati Reds manager Pete Rose while working in the National League. Box scores, however, show that another New York-Penn arbiter, Doug Hartmayer, was Palermo’s partner on August 21.5

Cottier and Palermo had clashed on August 11, in the first game of a doubleheader between Niagara Falls and the Newark (New York) Co-Pilots, a Milwaukee Brewers farm team. Cottier spent several minutes arguing that Newark first baseman Freddie Tate had deflected a fair line drive into foul territory. Palermo defended his call, saying the ball was foul and that Tate had reached into foul territory to pursue it. Cottier lodged a protest, which was rendered moot when the Pirates won the game, 9-3.6

They crossed paths again in Oneonta, New York, on Monday night, August 21, as Cottier’s Pirates faced off against the Oneonta Yankees. Niagara Falls had been in first place since early July, but entered the game with a slim 2½-game lead over manager George Case’s Yankees.7 Both teams were playing torrid ball: Niagara Falls boasted a 38-14 record and .731 winning percentage, while Oneonta’s 37-18 record equaled a .673 pace.8 Oneonta had won the first game of the three-game series the previous night, crushing Niagara Falls 13-1 as pitcher Bob Artemenko yielded only three hits.9

Despite the high-pressure setting and shaky start, Cottier stuck with his starter, and Odell Jones settled in from there. He worked six additional innings, yielding four more hits and a single run over that span.

Niagara Falls broke through in the fifth inning to tie the game and drive out Oneonta’s starter, 21-year-old lefty Bob Niekamp. Pirates first baseman and cleanup hitter Tom Prazych struck the big blow. His bases-loaded drive split center fielder Murray and left fielder Terry Whitfield, rolling all the way to the wall for a three-run triple.13 To close out the inning, Case summoned rookie righty Bob Kammeyer, who later had cups of coffee with the New York Yankees in 1978 and 1979.

Oneonta regained the lead in the bottom half on a single by Adams, a double by Darryl Jones, and a fielder’s choice by Waner. The score stayed 4-3 until the top of the eighth, when Niagara Falls scored two runs to claim a 5-4 advantage. With two outs, second baseman Brian Bochow, third baseman Butch Alberts, and catcher Doug Zimmerman hit consecutive singles. Zimmerman’s hit drove in the first run, and a fielding miscue by Murray in center field allowed the second run to score.14

The game exploded, in more ways than one, in the top of the ninth. Niagara Falls scored a sixth run on an error, a single by right fielder Omar Moreno, and a throwing error by Kammeyer on a bunt. Prazych drew a walk to load the bases, and Case called for reliever Jeff Hall. Hall got another future big leaguer, Jimmy Sexton, to ground to shortstop, where Darryl Jones committed another error. But Palermo overruled the play, calling baserunner Ken Melvin out for interfering with Jones as he tried to field the ball.15

Cottier argued the call for several minutes, but Palermo held his ground. As Cottier returned to the third-base coaching box, he reportedly made a final comment to Palermo, and the umpire ejected him.16 Although he spotted the umpire several inches in height,17 an infuriated Cottier jumped Palermo, wrestled him to the ground, and began to tear his shirt off.18 Both teams’ benches emptied – not to join the fight, but to break it up.19

When the game resumed, Cottier was absent. Game stories reported that Palermo’s shirt was ripped, but made no mention of any injury to him, and the umpire stayed in the game. Niagara Falls iced the game with four more runs: Bochow cleared the bases with a triple, and Alberts brought him home with a sacrifice fly. Reliever Michael Byrne, who pitched two hitless innings, closed out the bottom of the ninth and earned the win, while Kammeyer took the loss.

Game stories speculated about fines, suspensions, and even a potential overturning of the Pirates’ win. One story summed up the reaction at the ballpark: “Comments from people witnessing Cottier’s action ranged from ‘unbelievable’ to ‘uncalled for.’ The manager was wrong in his fighting with Palermo.”20 The following day, league President Vince McNamara suspended Cottier for three days and fined him $200. Murray Cook, Pittsburgh’s assistant minor-league director, took the reins as interim manager.21

While the sports editor of the Oneonta newspaper blasted the penalty as too lenient, he also reported that Cottier had taken responsibility and spoken to his players about his mistake. As it turned out, Cottier had even written to the league office earlier in the season to defend Palermo and Pallone against criticism from other managers. “It all happened so fast,” Cottier said. “I forgot one very important thing. The umpires in this league are also just beginning and they are also trying to learn. … I don’t know, I just lost my head.”

Referring to Cottier, the editor’s column concluded: “He’s a helluva guy who made a mistake – and he knows it.”22 The Niagara Falls fans didn’t hold it against him either. Returning from his suspension, the manager was greeted with signs saying, “Welcome Back, Chuck” and – in an election year – “Cottier for President.”23

The Pirates’ August 21 win was not reversed, and the team went on to finish first with a 48-22 record, three games ahead of Oneonta. The incident didn’t sidetrack the careers of either of its participants, either.

On October 2, 1976 – only about four years after the Oneonta incident – Palermo took a major-league field for the first time, umpiring at third base during an Orioles-Red Sox game at Fenway Park. He remained an American League umpire until July 1991, when he was shot and partially paralyzed while trying to break up a robbery. After physical rehabilitation, he went back to work as an umpiring supervisor for Major League Baseball. His umpiring résumé included the 1983 World Series, the 1986 All-Star Game, three League Championship Series, one Division Series, and a no-hitter. Palermo died in 2017.24

In addition to his time managing the Mariners, Cottier coached for five major-league teams between 1979 and 2000. So positive was his reputation that, before his only full season as Mariners skipper, a national news story called him “popular” and raised the question of whether a “nice guy” could succeed.25 His career overlapped with Palermo’s in the AL from April 1982 to May 1986. Cottier was ejected from six games during that time, none of them by Palermo.26

Neither Baseball-Reference nor Retrosheet provides box scores of minor-league games, but the August 22, 1972, editions of several newspapers (cited in the Notes) published box scores.

The author thanks FultonHistory.com for making some of the cited newspapers available online.

Image of 1986 Topps card #141 downloaded from the Trading Card Database.

1 Cottier was ejected from the first game of a doubleheader on September 5, 1962, for disputing a call at third base, and again on May 7, 1963, for arguing ball and strike calls.

5 Published box scores from earlier in the 1972 season list Palermo and Pallone as umpiring partners. The story cited in Note 21 indicates the two were split up after the league received criticism. Hartmayer also worked the first game of a June 24 doubleheader in Geneva, New York, alongside pioneering female umpire Bernice Gera, her only professional umpiring experience. Gera later criticized him for failing to support or communicate with her before and during the game.

15 The game stories cited in Notes 10 through 12 agree on gameplay details in the top of the ninth.

16 Game accounts do not include, or hint at, the substance of Cottier’s remark.

18 Again, the game stories in Notes 10 through 12 are consistent in their description of events. Cottier later claimed that Palermo triggered the fight by pushing him; none of the game stories mention this.

26 Palermo’s former minor-league partner, Dave Pallone, ran Cottier from the first game of a doubleheader on September 19, 1979, for disputing a call at home plate. Cottier was coaching with the New York Mets at the time.