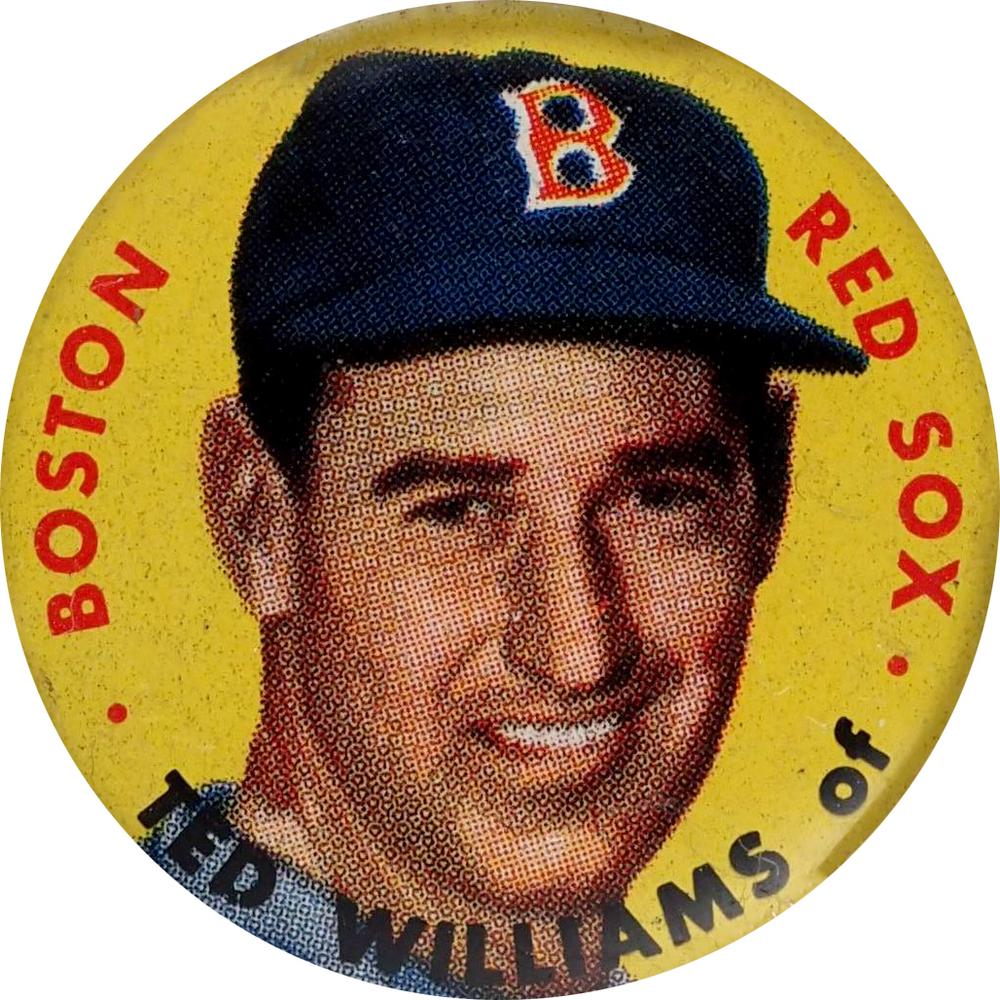 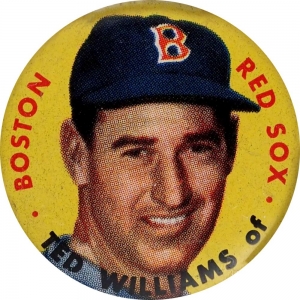 Griffith Stadium played host to the 23rd All-Star Game on July 10, 1956. A sellout crowd of 28,843 saw the National League win its sixth decision in the past seven encounters, 7-3. The overflow crowd filled the seats behind the center-field wall, creating a bad background for the batters, and there were 17 strikeouts in the game. Nevertheless, the game lived up to its billing with home runs being hit by four of the greatest players in the history of the game.

Casey Stengel and Walter Alston led their charges. It was Alston’s second turn as manager. He had managed in 1954 after the Dodgers won the NL pennant in 1953. Stengel was no stranger to the leadership role, having already led the AL five times.

Each team had a veteran presence. Ted Williams, selected to his 13th All-Star Game, manned left field for the American League, and St. Louis’s popular Stan Musial, also in his 13th trip to the event, started the game in right field for the NL.

Pittsburgh’s Bob Friend started on the mound for the National League and stymied the opposition in his three innings. Speaking of his success that day, he said he “had a real good fast ball but didn’t use it often on account of their left-handers.” He “threw mostly breaking stuff, except when I struck out Mickey Mantle on a fast one.”1 According to Harold Kaese of the Boston Globe, Friend threw nine curves and two knuckleballs as Ted Williams struck out and grounded out.2

The winners were sparked by the fine defensive play of third baseman Ken Boyer of St. Louis. Boyer, in only his second year in the National League, was playing in his first All-Star Game, and it didn’t take him long to start making an impression. In the bottom of the first inning, diving to his left, he grabbed a line drive off the bat of leadoff batter Harvey Kuenn of the Detroit Tigers. It was the beginning of a great day for Boyer.

The starting pitcher for the American League was Billy Pierce of the Chicago White Sox, and he, like Friend, performed well, striking out five batters in his three innings on the mound. He struck out the Redlegs’ rookie sensation Frank Robinson twice. However, the National League was able to manufacture a run in the third inning. Roy McMillan of Cincinnati walked, was sacrificed to second by Friend, and came home on a single by Johnny Temple.

The fans’ votes determined the starters and the Redlegs were represented by five players from their league-leading lineup. Robinson was in left field, McMillan and Temple patrolled the middle infield, Ed Bailey was behind the plate, and Gus Bell was the center fielder. Also representing the Redlegs was substitute first baseman Ted Kluszewski. Cincinnati manager Birdie Tebbetts served as one of Alston’s coaches.

In the top of the fourth inning, Yankees lefty Whitey Ford came on to pitch. He fanned Musial and then was greeted by Boyer’s single. Bell, a left-handed batter, was due up, and manager Alston elected to go to his bench for a right-handed hitter. Pinch-hitter Willie Mays, after swinging through the first pitch, deposited Ford’s second pitch into the seats in left-center field, putting his team in front 3-0. After the game, Alston said, “Mays’s pinch homer was the turning point. It gave us a comfortable lead and put them on the defensive. After that it was just a matter of getting good pitching from everybody.”3

The NL extended its lead to 5-0 with runs in the fifth and sixth innings. In the fifth, after righty Jim Wilson had replaced Ford on the mound, Temple led off with a bunt single down the third-base line, took second on a comebacker by Musial, and scored on the third of Boyer’s three singles. An inning later, Tom Brewer was on the mound for the AL and was greeted by Kluszewski, pinch-hitting for the NL’s starting first baseman, Dale Long. Kluszewski launched the first of his two doubles, went to third when Cincinnati teammate McMillan hit a bloop single to right field,  and scored when Brewer uncorked a wild pitch. During his at-bat, Kluszewski fouled a ball off catcher Yogi Berra’s right hand. After the side was retired, Berra returned to the dugout and showed his bruised hand to manager Stengel. Yogi’s day was over.4

In the bottom of the fifth, Boyer, having already made a great defensive play and gone 3-for-3 at the plate, added to his résumé. With two out, Harvey Kuenn scorched a groundball down the third-base line destined for the left-field corner. Diving to his right, Boyer grabbed the ball and threw to first for the inning-ending out.

The AL did all of its scoring in the sixth inning, victimizing Warren Spahn. The Milwaukee ace was the second pitcher to hurl in the game for the National League. He entered the game in the fourth inning. Nellie Fox of the White Sox singled to center off Spahn to open the sixth and two loud swings later, the AL had three runs. Williams sent a towering blast to right, making the score 5-2. Next up was Mickey Mantle of the Yankees. Playing on a bad knee and fighting the glare from the shirts in the center-field bleachers, he had struck out in his first two at-bats. This time, he homered off Spahn for the AL’s third run.

The AL got no closer. Manager Alston called on Johnny Antonelli and the Giants’ ace extinguished the fire, but not without some drama. Sherman Lollar batted for Berra and singled to center field and Detroit’s Al Kaline singled to left. With the tying runs on base and none out, Stengel sent up Vic Power to bat for Mickey Vernon, but Power hit a short fly ball to Musial in left field. Then Cincinnati’s tandem of McMillan and Temple converted George Kell’s grounder into a 6-4-3 double play, the only DP of the game, to end the threat. Temple, in throwing to first, leapt high to elude the spikes of the hard-sliding Kaline.

The NL, which scored in each inning after breaking the ice in the third, was not about to take its foot off the accelerator, especially with its lead cut to two runs. In the bottom of the seventh inning, after Tom Brewer had struck out Duke Snider, the voice on the press-box loudspeaker announced: “The home run by Ted Williams in the previous inning ties Stan Musial’s record for All-Star Games. They now have four apiece.”5 Musial stepped in. He took his distinctive stance at the plate, looking over his right shoulder toward the mound. Brewer, a left-hander, threw a pitch that was moving away from the lefty swinging Musial. Musial sent the pitch toward left-center field and it cleared the fence, extending his team’s lead to 6-3. The voice on the loudspeaker came on once again: “Cancel the previous announcement. Musial just took his record back.”6 (Musial extended his record to six with a homer in 1960’s second game.)

Willie Mays walked with two outs. Kluszewski hit his second double in as many at-bats and Mays, who was running on the play, didn’t stop running. His 270-foot scamper resulted in his team’s seventh run, and to nobody’s great surprise as related to his readers by Tommy Holmes, “Willie sailed out from under his cap as he slid across the plate.”7

Boyer, whose perfect day at the plate ended when he grounded out for the second out of the seventh inning, was back to flashing his glove in the bottom of the inning. Detroit’s Ray Boone, pinch-hitting for Brewer, sent a liner to third base that was grabbed by the leaping Cardinals third baseman.

Williams began the bottom half of the inning hitting against the shift and launching a fly ball to short left field. Musial charged and caught the ball, colliding with Boyer in the process. Stan came up grabbing his thigh and Alston, choosing to err on the side of the caution, removed his left fielder from the game. Milwaukee’s Henry Aaron took over in left field. In his only at-bat, he flied to right field.

In the bottom of the ninth, with one out, Vic Power legged out an infield single. George Kell’s single to right field was corralled by Mays, who launched a perfect throw to third base, keeping the runners at first and second.8 Antonelli got the final two outs and the NL had the win.

In addition to Baseball-Reference.com and the sources shown in the notes, the author used the following: