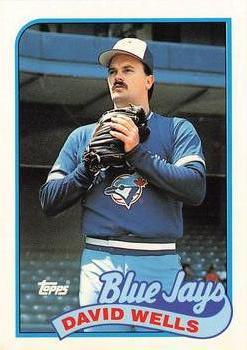 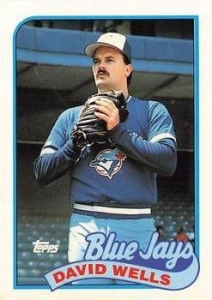 The 48,641 fans who attended this Monday twilight-night doubleheader were still reveling in their new venue. SkyDome had opened to great fanfare the previous month and was pulling in sellout crowds. This second game of the doubleheader between the Toronto Blue Jays and California Angels was rescheduled from a May 7 rainout when the Blue Jays were still playing in Exhibition Stadium. The Blue Jays (45-47, third in the AL East) had started slowly, but whether due to the new venue, more fans, or their new manager, Cito Gaston,1 they had improved their standing in the division since SkyDome opened. The visiting Angels entered the doubleheader leading the AL West by a half-game.

In the first game of the July 17 doubleheader, the score was tied 4-4 in the top of the seventh inning when David Wells took the mound in relief of Todd Stottlemyre. The 26-year-old Wells threw a clean inning on just eight pitches: two strikeouts and a bunt popup that he caught himself. The Blue Jays took a 6-4 lead in the bottom of the frame. Wells, now the pitcher of record, returned to the mound in the eighth; he got two outs but allowed two singles, causing Gaston to turn the game over to Toronto closer Tom Henke for the last four outs of Wells’ third win of the season.  Because Wells threw only 20 pitches in the first game, a relatively low number compared with some of his relief outings earlier in 1989,2 he remained available for the nightcap.

Wells was just beginning what turned out to be a 21-year major-league career, having lost his rookie status the previous year. He had made his major-league debut in June 1987. He may have arrived sooner, but he had Tommy John surgery in April 1985—making him only the third pitcher in history to get the surgery—and missed the entire season. Although he had made a couple of spot starts in 1987, his appearances since his September 1987 recall had been solely in relief.

Blue Jays rookie Steve Cummings (2-0, 2.87 ERA) was making the second start of his career in the second game. The 25-year-old right-hander had a rough first inning. Dick Schofield lined a single to right and Max Venable reached on an error by shortstop Tony Fernandez. Schofield scored on Johnny Ray’s single. Two outs later, Venable scored on a passed ball. Cummings struck out Devon White to end the inning, but the Angels had a 2-0 lead.

The Angels’ starter, Dan Petry (6-7, 4.56 ERA), was making his first start since June 6 and his first appearance of any kind since June 25. The longtime Detroit Tiger’s first inning did not go well either. He gave up back-to-back singles to Junior Félix and Fernandez to start the inning. With two out and two on, Fred McGriff stepped to the plate. One of the features of the new ballpark was a second-deck restaurant overlooking the field—with supposedly unbreakable windows.3 McGriff put that claim to the test by walloping a three-run homer off a window. It survived.4 Petry walked Ernie Whitt, but got Lloyd Moseby to fly out to end the inning with the score 3-2, Blue Jays.

Cummings had no difficulty with the bottom of the Angels’ order, working a clean top of the second on just 10 pitches. Petry allowed a leadoff single to Rance Mulliniks but then struck out the next three batters. Both pitchers had one-two-three third innings.

In the fourth Cummings allowed a two-out walk to White, who stole second. He was left there when Chili Davis grounded out.

The Angels got to Petry again in the fourth. He allowed a two-out double to Mulliniks, who scored on Manuel Lee’s single. Félix grounded out, but the Angels had a 4-2 lead.

Cummings pitched a clean top of the fifth. Petry allowed a single in the home half, but the runner was erased on a double play so each pitcher faced the minimum.

The Angels tied it up in the top of the sixth. Cummings allowed back-to-back singles to start the inning, this time to Venable and Ray. Venable scored on Wally Joyner’s single under Lee’s glove at second,5 pulling the Angels within one. Cummings retired Brian Downing for the first out but was replaced by Wells with runners on first and third and White batting.

White lined Wells’ first pitch toward third. Third baseman Kelly Gruber deflected the ball to shortstop Fernandez, who threw home in time to nab Ray for the second out. Joyner held at second. The Blue Jays still held their one-run lead, but it didn’t last much longer. Chili Davis, who was batting .133 in July, picked a good time to start coming out of his slump by singling to center, scoring Joyner with the tying run. Wells got Bill Schroeder to ground out, but the pitcher was tagged with a blown save.

After Petry allowed a one-out walk to Whitt in the bottom of the sixth, he was replaced by Bob McClure, who quickly finished the inning without allowing a baserunner.

Wells got himself into, and out of, a jam in the top of the seventh. He walked Jack Howell on seven pitches. Schofield sacrificed to third and reached safely on Gruber’s throwing error. After the runners advanced on Venable’s groundout, Wells intentionally walked Ray to load the bases. Wells escaped the inning without a runner scoring thanks to defensive help from McGriff. Joyner grounded toward first and McGriff’s throw to the plate beat Howell for the second out. Brian Downing lined toward right, but McGriff knocked the ball down, retrieved it, and flipped to Wells covering first in time to get the out.6

McClure and Wells pitched clean half-innings in the bottom of the seventh and top of the eighth respectively.

The Blue Jays took the lead for good in the bottom of the eighth. Gruber was credited with an infield single on a grounder to third when Joyner couldn’t handle third baseman Howell’s throw. Gruber scored on Bell’s double to left when Davis mistimed his dive and the ball skidded into the corner.7 To add to their troubles, Angels manager Doug Rader was ejected for arguing balls and strikes, his third ejection of the season.8

After McGriff flied out, veteran right-hander Greg Minton took over the pitching from McClure. Greg Myers struck out. Minton intentionally walked Moseby to face Bob Brenly, a right-hander who had replaced the left-handed-hitting Mulliniks as the DH in the sixth. Gaston sent up switch-hitting Nelson Liriano to face Minton. It didn’t help. Liriano grounded back to the pitcher to end the inning, but the Blue Jays had a 5-4 lead.

Wells took the mound in the top of the ninth to hold the narrow lead. He got the first out on a fly out by the left-handed-batting Howell. Henke took over at that point, trying for his second save of the day. He got it: All he allowed was a single to Venable, sandwiched between strikeouts of Schofield and Ray. With the 5-4 Blue Jays victory, Wells was credited with his second win of the day.

The two teams’ fortunes reversed by the end of the season. The Blue Jays won their division with a record of 89-73, but lost the AL Championship Series to Oakland. The Angels faded and finished third, eight games back of Oakland.

As for Wells, he appeared in 19 games in relief in 1989, then gradually transitioned to a starter over the next three years. After 1992, he made three relief appearances9 in his 21-year major-league career. This was the only time he earned two wins in one day—and he had neither started nor finished either game.

1 The Blue Jays were 12-24 when Jimy Williams was replaced. They had a winning record in Williams’s three full years (1986-1988) but failed to make the postseason in any of them.

2 He had several relief appearances in 1989 of three or more innings, throwing up to 90 pitches.

8 He did not keep up that pace—this was his last ejection in 1989. He also had three ejections in 1983 and 1984, his first two years as a manager. The Palm Springs Desert Sun reported that this was his third ejection in four games, but his first ejection in 1989 was the previous month. He did get into an argument with the umpires at the end of the July 15, 1989, game at Baltimore about the walk-off home run, but perhaps he wasn’t ejected as the game was over. Mike Terry, “Angels Drop Two in SkyDome,” Palm Springs (California) Desert Sun, July 18, 1989: C1, and Mike Penner, “Angels Cry Foul after Orioles Win, 11-9,” Los Angeles Times, July 16, 1989: III, 1.

9 One relief appearance was certainly not planned. He pitched the 12th through the 17th inning in a 10-9 Yankees victory on June 30, 2003. He was credited with the win.